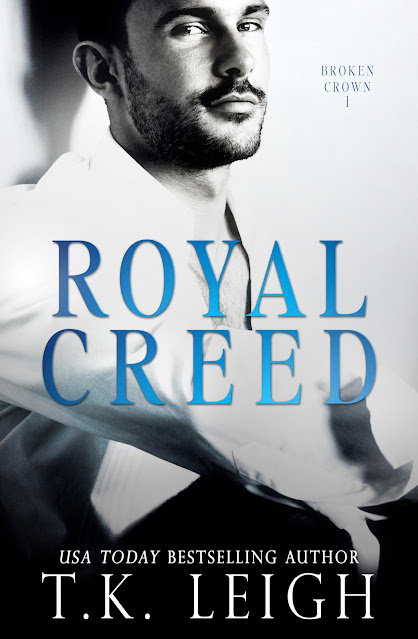 Title: Royal Creed
Series: Broken Crown Trilogy #1
Author: T.K. Leigh
Genre: Romantic Suspense
Tropes: Bodyguard/Royal Romance
Cover Design: Tracy Kellam
Release Date: February 21, 2023
BLURB
All my life, every decision has been made for me. What to say. How to dress. And now, who I’m to marry. When you’re second in line to the throne, it’s just how things are. I’ve always gone along with it.
Until now.
I may not have a say in who I marry, but I refuse to let someone dictate who I give my v-card to.
So I offer it to the only man I trust not to go to the paparazzi.
Creed Lawson.
Body of an Adonis.
Strength of a warrior.
And my brother’s best friend.
It was only supposed to be one night. After all, we could never be together. To the outside world, I’m supposed to be in love with someone else. And Creed’s about to be sworn in as a member of the Royal Guard.
That doesn’t stop us from fantasizing about what could be. About ignoring our duty and following our hearts.
But when the consequences of our secret tryst become much more dangerous than either of us originally bargained for, can I find the courage to fight for what I want? Or will I always remain a pawn in the palace’s deadly game?
ADD TO GOODREADS 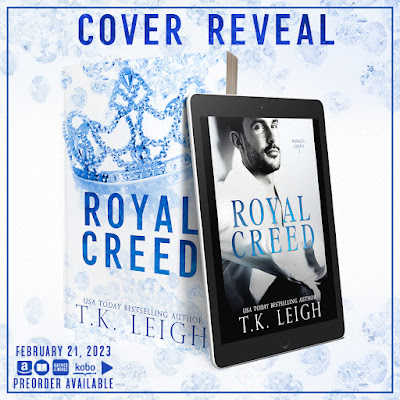 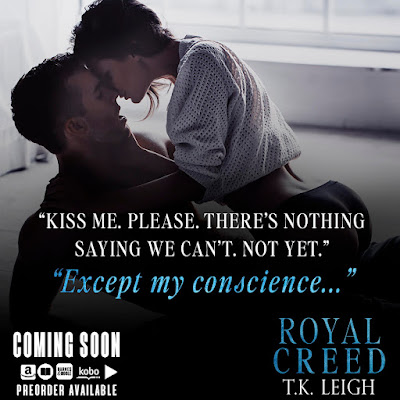 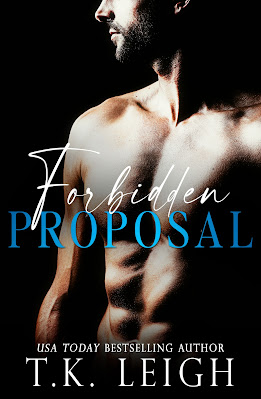 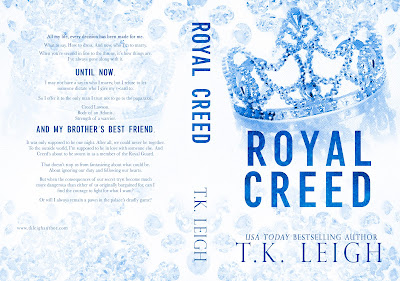 AUTHOR BIO
T.K. Leigh is the USA Today Bestselling author of romance ranging from fun and flirty to sexy and suspenseful. Originally from New England, she now resides outside of Raleigh with her husband, beautiful daughter, special needs rescue dog, and three cats. When she’s not writing, she can be found training for her next marathon (of which she has run over twenty fulls and far too many halfs to recall) or chasing her daughter around the house.
AUTHOR LINKS
WEBSITE
NEWSLETTER
FACEBOOK
FACEBOOK GROUP
INSTAGRAM
PINTEREST
GOODREADS
BOOKBUB 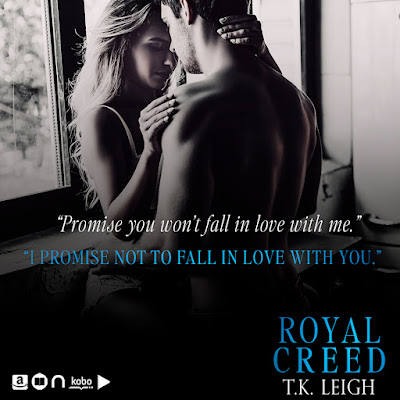