We’ve only one more vacation planned for the year. Not to include book signings! We’ll be out for 2 weeks heading to California to visit family. Happy to be home. So, now onto sales!

Sometimes it takes a miracle to find your heart’s desire…

Scotland, 1182: Banished from his homeland, Thomas of Clan Kincaid lives among distant relatives, reluctantly accepting he may never return home… Until an encounter with the castle’s healer tells him of a woman traveling across time—for him… Dare he believe the impossible?

Present Day, Michigan: Jade Calloway is used to being alone, and as Christmas approaches, she’s skeptical when told she’ll embark on an extraordinary journey. How could a trip to San Francisco be anything but ordinary? But when a ring magically appears, and she sees a ghostly man in her dreams… Dare she believe in the possible?

Thrust back in time, Jade encounters Thomas—her fantasy ghost. Talk about extraordinary. But as time works against them, they must learn to trust in miracles. Can they accept impossible love before time interferes?

Now available for Preorder for .99!

Castles in the Sand by Allie McCormack

Bennett’s heart belongs to the desert…

Will he have to choose between his love for his country and the woman of his dreams?

Castles in the Sand is a multi-cultural romance with a happy ever after.

A proud fighter pilot for the Taqara National Guard and fiercely loyal to the land of his birth, Bennett Al Mansour’s heart belongs to the desert, to his bedouin roots. But his dreams are shattered with the explosion of a landmine. Angry and embittered, he is sent to his brother’s home in California for a rehab that he has no interest in. As he rebuilds his life and works with Tanya to get back on his feet, Bennett discovers a new passion. But will he have to choose between his love for his country and his love for the woman of his dreams?

Hired by the wealthy and powerful Al Mansour family, Tanya Groves’ budding career as a physical therapist hinges on being able to get Bennett back on his feet and walking again. An orphan, she’s learned to make her own way in the world and has dreams of travel and fame as a top-notch physical therapist… dreams that leave no room for a home and family, despite her growing love for the intense, brooding Bennett. 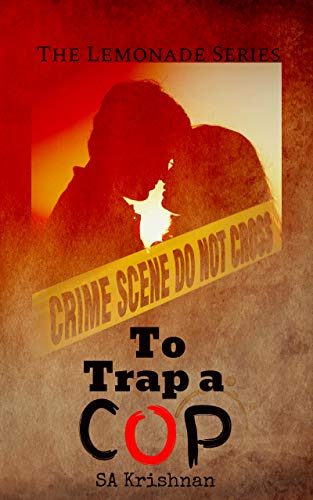 To Trap A Cop: The Lemonade Series

Deputy Commissioner of Police Reyansh Meran is having a bad week. And unfortunately it culminates with a very mad man shoving up a gun on his face.
The problem for Reyansh is that in the Police Force he has too few number of friends. He is not the kind of guy who made friends easily. Far from it.
The only silver lining is some improvement in his love life….

And so with a very few set of friends, most of whom were on the wrong side of law, Reyansh Meran has to try and find why a desperate man tried to escape prison just to kill him – because it definitely did not seem like a case of personal vendetta….

Meet Snow White, the beautiful yet dangerous daughter of Memphis’ biggest drug lords known to man. After her father’s sudden death, her brother Trey takes over the streets thus claiming his rightful place on the throne. Only with the position of being King, there’s always a price to pay. What will that price be and will it leave Snow to wind up fending for herself in the end?
Yay-o aka Michael Miller has just set up turf as King of the Dirty South and is by far one of the most notorious drug dealers around. That is until certain life changing events occur, putting the whole dope game on lockdown. Will Michael be able to find his way up out of this one, or will the Memphis 10 area get to finally witness his other side?
Chocolate has been Yay-o’s bottom bitch for the longest. Yet no matter what she does to make him happy, it just never seems to be enough and she is now drained. Being completed fed up and feeling depreciated, she decides that she wants to beat him at his own game.

Only most of the time when a person cheats, there are major consequences. Will Chocolate be able to handle hers?

Come take an emotional roller coaster ride with that’s filled with love, lust, betrayal, money, mayhem and complete madness, as you journey your way through A DOPE BOY’S BLUES……………
ARE YOU READY?

Don’t miss these four steamy Southern Gothic tales of insanity, mayhem and witchcraft as Julienne Blackthorne returns to Blackthorne Manor in Virginia to rediscover her lost past. There, she walks straight into the unwelcome embrace of the man her mother feared: Morgan Saint-Evanston.

Dark. Brooding. Sexy as hell. Morgan is everything a woman desires, yet his ties to the occult have tainted his heart and blackened his soul. A man with an unholy past, he also isn’t what he seems to be. As his web of lies begins to unravel, Julienne learns he is on the run from a cultic realm — where human souls are open barter and swords and sorcery still rule… 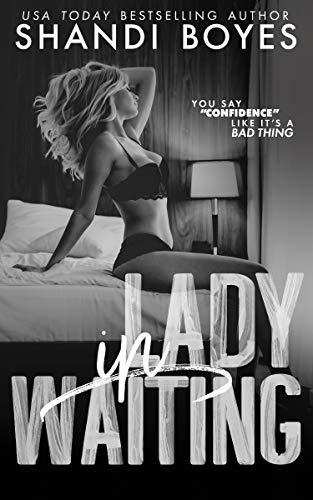 I’m arrogant.
She’s sassy.
I’m a rule maker.
She’s a rule breaker.
I work for the prosecution.
She works for the defense.

We are enemies, yet I crave her more than anything. A night twisted beneath the sheets doesn’t equal a lifetime commitment, but it does begin my downward spiral.

I’ve dusted myself off more than once, but she’s a smudge that refuses to budge. This pompous, arrogant man doesn’t deserve her, so why does she keep giving herself to me?

Lady In Waiting is the first book in the Infinite Time Trilogy. Due to adult situations, it is recommended for readers over the age of eighteen. 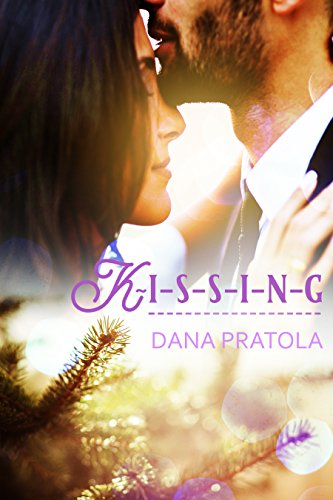 HAVE I GOT A ROMANCE FOR YOU! Finding love can be tricky, especially after domestic abuse. A SECOND-CHANCE ROMANCE 😉 FOR EVERY GIRL WHO’S EVER WANTED TO GET EVEN 😠
Reg. $4.99
https://www.amazon.com/K-I-S-S-I-N-G-Dana-Pratola-ebook/dp/B079R9XKB5/ref=tmm_kin_title_0?_encoding=UTF8&qid=&sr=
★★★★★ Dana Pratola is the Master of the Great Escape! ★★★★★

Red hot fireworks light up the sky in this group of stories! Several authors and different genres come together with a common goal of romantic kisses under the starry blasts of rockets.
Miki Ward, Garrett Ward, LM Wilson, Michelle Hoffman, Cleo Grace, Elizabeth Ellis, and Emery Adams charm us with their stories. The heat level goes from tension to bam depending on the story. There is something for everyone in this book.