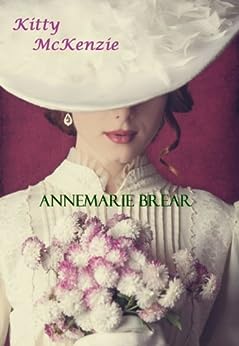 free this Saturday and Sunday – 30th and 31st July.
1864 – Yorkshire, England
Suddenly left as the head of the family, Kitty McKenzie must find her inner strength to keep her family together against the odds. Evicted from their resplendent home in the fashionable part of York after her parents’ deaths, Kitty must fight the legacy of bankruptcy and homelessness to secure a home for her and her siblings. Through sheer willpower and determination she grabs opportunities with both hands from working on a clothes and rag stall in the market to creating a teashop for the wealthy. Her road to happiness is fraught with obstacles of hardship and despair, but she refuses to let her dream of a better life for her family die. She soon learns that love and loyalty brings its own reward.
Amazon.com
https://goo.gl/0jTQKi
Amazon UK
https://goo.gl/apqGho
~~~~~~~**~~~~~~~~**~~~~~~~~

Jennifer Larson, having lost her husband, friends and the perfect life she’d had plan, now faces the biggest challenge of her life, moving into an unplanned future. While the rest of the Executive Wife Club is still wallowing in the past, Jen is tempted into the future by a sexy chiropractor, Hagan Chaney.

But does he really love her or is he only after her money?

Tina Gayle grew up a dreamer and loved to escape into the world of books.

After years of working in the business world doing a variety of jobs, she decided to try her hand at writing and hope to incorporate the joy of being a mother into her books.

Married twenty-five years, she and her husband love to travel and play golf. She can’t wait for Mike to retire so they can do more of both.
Read the first chapter of any of her books by visiting her website.