Thank you for having me today, Beverly. I’d like to talk to your readers about my romantic suspense mystery, The Penhallow Train Incident, new from The Wild Rose Press.

A corpse, hidden treasure, and the search for a tomb equal romance and adventure in coastal Maine. 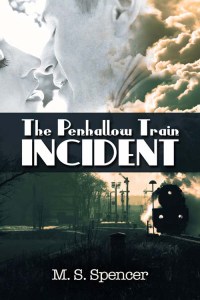 In the sleepy coastal Maine town of Penhallow, a stranger dies on a train, drawing Historical Society Director, Rachel Tinker, and curmudgeonly retired professor, Griffin Tate, into a spider’s web of archaeological obsession and greed. With the help of the victim’s rival, they set out to locate the Queen of Sheba’s tomb. Their plans are stymied when a war erupts between the sheriff and a state police detective who want to arrest the same man for different crimes. It’s up to Rachel to solve a mystery that includes two more murders, if she wants to unlock the soft heart that beats under Griffin’s hard crust.

Griffin Tate, hero of my new mystery romance the Penhallow Train Incident,  is a retired Middle Eastern history professor and becomes ensnared in the search for a fictional map to the Queen of Sheba’s tomb. Now, it’s uncertain whether the Queen of Sheba ever existed, or where the land of Sheba was, but according to the Bible, the Ethiopian Book of Kings, and many legends throughout the Middle East, she came from a nation in the south to meet with King Solomon. She has always intrigued scholars and in Penhallow Train Incident, she draws  not only Tate, but the lovely Rachel Tinker and a slew of quirky characters into her mystery. 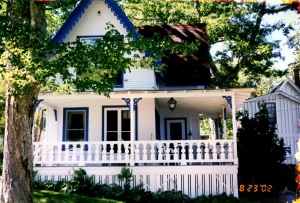 Rachel tried not to scream. She took a big gulp of air and let the words rush out on the exhale. “It’s the woman. The woman with the deposit slip. She’s dead.”

“I’m coming over.” She heard a click and a buzz.

Fifteen minutes later the screen door slammed, and Griffin stalked in without bothering to knock. He went straight to the kitchen, filled two glasses with ice, and poured whiskey into both. Carrying them to the living room, he handed one to Rachel without a word. Without a word, she took the remnants of her old drink and poured them into the new one. She set it down. For a second she stared at it, then reached out to pick it up again, but Griffin gently moved the glass away and took her in his arms.

She’d thought she was fine until then.

The tears flowed, and she hiccupped and gurgled about life and death while he muttered unintelligible words into her hair. When what had been a mild need for a tissue grew too urgent to ignore, she left his shoulder. A couple of wipes and a swig of bourbon and she could look Griffin in the eye. He dabbed ineffectually at his soaked shirt with a dirty handkerchief. “Better?”

His eyebrows rose. “Responsible? Why?”

“She came to me. She gave the purse to me. She wanted me to help her. And for that she was murdered.”

“We don’t know anything of the sort. What did they say on the news?”

“Only that her body was found in the Passagassawaukeag.”

“But not of the man she was with?”

“N…no. I don’t know how to describe it. She seemed…hunted. But determined.” She took another sip of bourbon and settled back on the cushion. So what if Griffin’s arm happens to be resting on the back? “Griffin, we’ve got to find out who she—they—were.” She turned to find his face inches from hers. “And what she was afraid of.”

He gazed into her eyes, his own inscrutable, then faced the television. “No. You have to let the police handle it.”

Rachel, who had forgotten what they were talking about in the overwhelming desire to kiss the man next to her, couldn’t think of anything to say.

Finally, he mumbled, “Turn it up—it looks like they’re talking about her.”

She did as she was told.

A bold headline announcing Breaking News filled the screen before Sheriff Quimby’s face appeared. Someone pressed a microphone under his chin. “…found about five-thirty by Kenny Cross. He was fishing off the bridge and snagged a white object floating by.”

A reporter asked, “How long had she been dead?”

“The coroner is examining her now. We won’t have any answers until tomorrow.” He started to leave, trailed by shouted questions.

He shook his head and waved before ducking into a squad car.

The camera trained on a reporter. Short and stumpy, he tugged at his wrinkled polo before attempting to smooth his waning hair. “That was Sheriff Quimby of the Penhallow police, Andrew. It looks like we won’t get any more information tonight, but he’s scheduled a press conference for tomorrow at noon.”

“Is he going to discuss the first murder—the train incident, Lou?”

“Hopefully, although he didn’t mention it tonight.”

“Did anyone ask if the two deaths are related?”

“The sheriff only said that, so far, there’s no indication of either foul play, or of a connection between the two deaths.”

The anchor turned to his partner. “So, Bambi—”

“—are we looking at a rash of thrill crimes down there in the hitherto bucolic town of Penhallow?”

Bambi shook out her hair and touched her ruby lips before facing the camera. “I certainly hope not, Andrew. My grammy lives in Penhallow.”

Andrew stared at her for a long moment before turning to the camera. “Thank you, Lou. Keep us posted.”

Rachel muted the volume. “What should I do?”

Griffin patted her shoulder. “There’s nothing we can do tonight. Toby knows about your encounter with the woman, right?”

“So he’ll probably want to see you tomorrow.”

“Yes, I suppose so.” She put a hand to her mouth. “I forgot—Lieutenant Blanchard will be there.”

“The state police detective. He’s the one who showed me the photo.”

“Toby told him about me and the deposit slip. He said he was coming out from Augusta tomorrow.”

“So he doesn’t know his quarry is kaput yet?”

Rachel shook her head. “This is no time to be facetious. I’m sure it’s been reported by now. And Toby surely would have called him.”

Griffin sipped his drink. “Why did this Blanchard bloke go back to Augusta? Isn’t he investigating the corpse on the train?”

“I don’t know. I assumed he was, but now I think of it, except for his questions about the passengers, he didn’t seem all that interested in it.”

Griffin shrugged. “Who knows? Maybe he isn’t. Maybe he’s pursuing a cold case and this was just a fishing expedition.”

“Maybe. I wish we could have found something on the bank. It’s very frustrating.”

Her companion bent forward and pinched her chin between his thumb and forefinger. “There’s…nothing…we…can…do…tonight.”

For answer he let go of her face, drew her into his arms and kissed her. The kiss was tentative. She kissed him back, tentatively. “I…”

“Shut up.” This time they didn’t come up for air for a while. When they did, they stared at each other as if seeing one another for the first time. He said, “I…uh…didn’t mean to do that. I…”

She rose. “Oh, I see.” She picked up Spot and nuzzled him, hoping Griffin couldn’t see her tears well up. “I guess you’d better go then.”

He stood. “Okay. But…um, actually…what I meant to say is…I’ve been meaning to do that for a while. But I wasn’t sure…I didn’t know…I didn’t think…” He trailed off.

The bewildered look in his cerulean eyes as he shifted his weight from foot to foot reminded her of a kindly giant bobbling a baby bunny. She went up on tiptoe and touched her lips to his cheek.

The response was immediate. Griffin swept her up off the floor and charged through the kitchen door. Confronted with the refrigerator, he stopped, turned, and plunged in the opposite direction. Ending up where they’d started, he bellowed, “Where the hell’s your bedroom?”

She pointed at the ceiling. “Upstairs.”

Without another word he leapt up the steps, only banging her head once on the banisters, and dropped her on the bed. Then he stood, legs set wide like a latter-day Paul Bunyan, and folded his arms.

She lay where he’d dropped her, panting. “Now what?”

Those seemed to be the words he was looking for, since for the rest of the evening he proved to her just how decisive he could be. 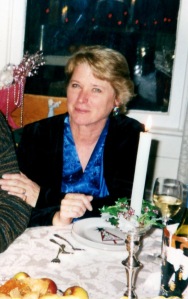 Although M. S. Spencer has lived or traveled in five continents, the last thirty years were spent mostly in Washington, D.C. as a librarian, Congressional staff assistant, speechwriter, editor, birdwatcher, kayaker, policy wonk, non-profit director and parent. She has two fabulous grown children and a perfect granddaughter, and currently divides her time between the Gulf coast of Florida and a tiny village in Maine.

OTHER BOOKS BY M. S. SPENCER

Romantic suspense and mystery, they are available in ebook and print from The Wild Rose Press, I Heart Book Publishing, and all fine on-line book stores. For more information, visit http://msspencertalespinner.blogspot.com/p/my-books.html

The Mason’s Mark: Love and Death in the Tower (an Old Town Romance)