Filled with 21 edgy urban fantasy and paranormal romance novels, Legends of the Damned has something for everyone. Preorder it for only $0.99.
Amazon: http://amzn.to/2inJvQy
iTunes: https://itun.es/us/VHTnhb
Nook: https://goo.gl/s4I5I2
Kobo: https://goo.gl/PfQKsk

For a limited time only! Free with KU

The last time she saw Jake was the day he broke her heart. She wasn’t about to make the same mistake twice.

Twenty-eight-year-old Leah Adams is content with her life. Living with her best friend in the big city and working as a receptionist at the doctor’s office, she doesn’t allow herself much time to think about falling in love and starting a family.

Until the night her ten-year high school reunion not only brings her to Levy’s, but face-to-face with Jake. Leah is faced with feelings she cannot ignore. She has to make a decision that is in her best interest – no matter who gets hurt.

She’ll have to decide if risking another heartbreak is worth it for all she’s ever wanted.

Price goes up on release day! 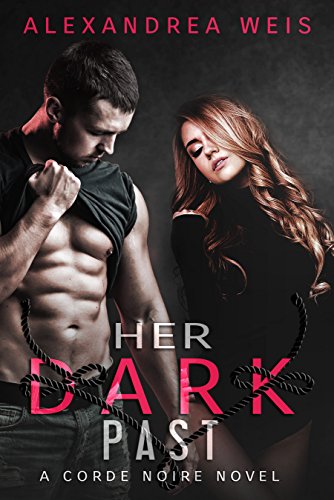 Her Dark Past, book IV in the Corde Noire Series!

Brynn Adler is a writer with a unique ability—everywhere she goes, images of the past haunt her.
After taking over the estate of her murdered ex-husband, Nathan Cole, Brynn is at the center of a mystery. A mystery the ruthless members of the Corde Noire Society want solved. Sent to discover Brynn’s secret, Declan Corinth plans to arouse her former submissive ways. There’s just one problem … he knows nothing about being a Dom. If Declan doesn’t get what the Corde Noire requires, Brynn Adler could become its next victim. Can he win her trust in time? The clock is ticking.
To uncover the past, embrace the darkness.
#AmzUS: http://amzn.to/2h6om8x
#AmzUK: http://amzn.to/2hzUpBr
#AmzCA: http://amzn.to/2gPwU7O
#AmzAU: http://amzn.to/2hzNtEv
#iBooks: http://apple.co/2gH3tjn
#Kobo: http://bit.ly/2hCDRFR
#Universal link B&N, Kobo, Amz, iBooks: books2read.com/u/bzp6dG

Each book can be read as a standalone. But are truly wonderful if read in order.