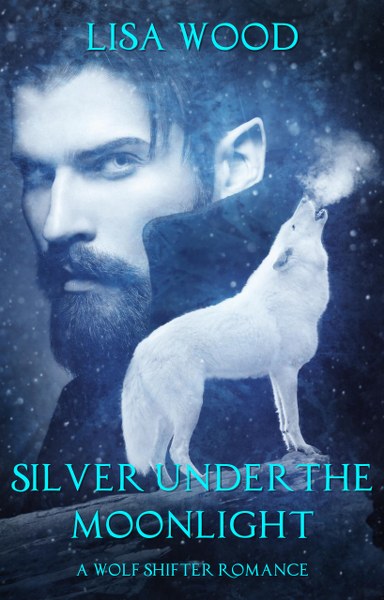 Silver Under the Moonlight
by Lisa Wood
Genre: Paranormal Romance

A young woman, cast out by her family. A man, desperate to find his mate.
On the worst day of her life, Silver Remington never expected to be approached by a large, beautiful white wolf. She felt an inexplicable bond with him, wishing she could find the same link with a human.
Dax Ishal was the first born son of the pack alpha and, as such, in line to take his father’s place. There was just one problem. Pack law demanded any alpha be paired with their fated mate before they could step up. At 34 years old, he’d all but lost hope he’d ever find her.
Stumbling across his mate, desolate and sobbing, in the park came as a total shock. As a human, how would she react when she learned about shifters?
Violence lurks in the shadows. Not everyone in the pack is happy about Dax finding his mate. What happens when what you want most in the world is threatened?
This is a HEA story with no cliffhangers. Due to adult content and language, this book is intended for readers 18+
**Only .99 cents!!**
Goodreads * Amazon

What inspired you to write this book?

I had wanted to branch out into PNR and kind of battled back and forth on what to choose as my first. I very much liked the idea that family wasn’t just about blood, that the family you choose can be so much more. The pairing of Dax and Silver was fated, but for her, it was about so much more. It was about learning about who she was and what she could do or be, despite her biological family.

What can we expect from you in the future?

I really enjoyed writing Silver, though I sometimes struggled with it. Flipping to the paranormal side has definitely been a challenge, but hopefully one that has paid off.

Do you have any “side stories” about the characters?

At this point, I don’t have any side stories planned, but that doesn’t mean that won’t ever happen. More than anything, I just have a lot on my plate right now with other books!

Can you tell us a little bit about the characters in Silver Under the Moonlight?

Sure! Silver is a young woman who is kind of floundering. She was the unplanned 6th child and wasn’t given the love a child should always be able to count on from their parents. She’s not sure what she wants to do with her life because nothing ever seemed to be a good “fit.” She’s a lot stronger than she gives herself credit for, and her fighting spirit comes in handy on more than one occasion!

Dax is a wonderful man. He’s a strong leader, kind and fair. He is well liked by everyone because he treats them well. Despite being surrounded by friends and family, he’s lonely. In his mid-thirties, he’s all but given up on finding his mate. When he finally does, he really comes into his own. He is fiercely protective of the people he loves and isn’t afraid to step up when necessary.

Where did you come up with the names in the story?

I’m not entirely sure. I came up with the title first. Once I had that, I decided to name my FMC Silver, for her uniquely silver eyes. I chose Dax for my MMC because I wanted something equally unique to Silver. “mike” or “Josh” just didn’t fit his personality.

This was the first paranormal romance I’d ever written. I loved just having something new to sink my teeth into. It definitely had some challenging moments, including rewriting some sections and adding to many others.

Who designed your book covers?

My covers are a mix of professionally done, from image right down to the text, to buying a cover and doing my own text, to done completely by me using stock images. The latter accounts for about 60% of my books as, financially, it’s the most logical choice.

If you had to do it all over again, would you change anything in your latest book?

I actually made huge changes in Silver before it even made it to the second set of edits. I don’t believe any book is perfect. There’s always something that could be changed to make it better, I just don’t know what it is yet.

Did you learn anything during the writing of your recent book?

When I write a book, if I’m including things I don’t necessarily know a lot about, I research the hell out of it. While it’s not always easy to find the information I’m looking for, eventually I do. Silver was more of a challenge for me. It’s easy to research cruises for a book that takes part on a cruise ship, or laws for a romantic suspense novel, but I found that information on shifter books widely varied. I didn’t find anywhere near the black and white answers I’d come across on other topics.

My takeaway from this experience was simple. There’s a lot more freedom when writing a paranormal romance. Essentially, I can write it in any way I like as it’s pure fantasy. There’s no one right answer!

If your book was made into a film, who would you like to play the lead?

I would love to see Dax played by Chris Hemsworth (Can’t go wrong with Thor!). I would cast Katherine McNamara as Silver.

What is your favorite part of this book and why?

Well, I don’t want to give too much away, but I think what I love best is seeing Silver show so much strength and determination in the face of adversity.

Are your characters based off real people or did they all come entirely from your imagination?

The characters in themselves are fictional, however, I have taken certain traits from friends, family, and, in one case, someone I don’t have very much respect for.

Do your characters seem to hijack the story or do you feel like you have the reigns of the story?

Quite often, they get away from me. My carefully planned characters sometimes end up going in a totally different direction than I originally planned.

Have you written any other books that are not published?

I have a few that I’ve finished that will be released later this year as a part of multi-author sets.

If your book had a candle, what scent would it be?

Definitely vanilla-citrus! It seems only fitting that Silver’s scent be the star. 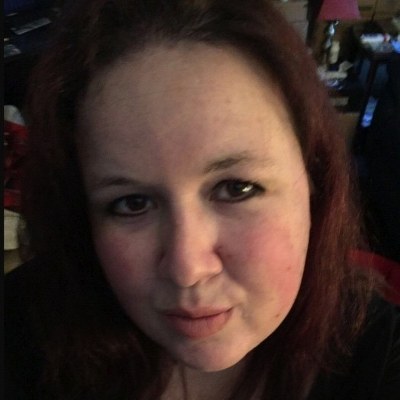 Follow the tour HERE for special content and a giveaway!
$5 Amazon giftcard ,
Swag Pack
– 1 winner each!
a Rafflecopter giveaway