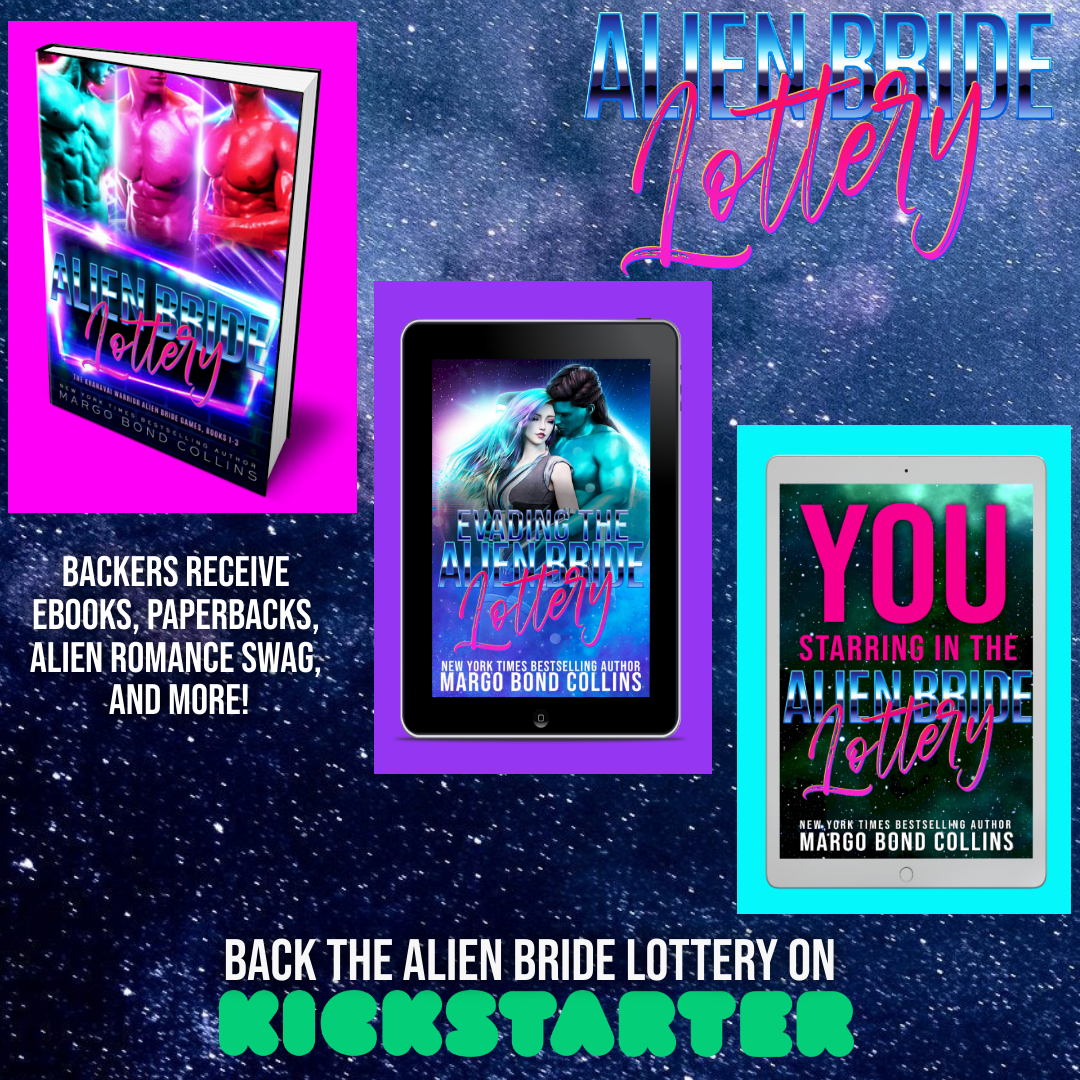 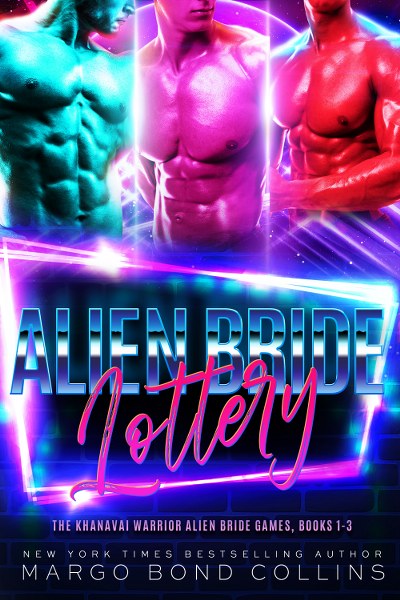 Get the complete first season of the Alien Bride Lottery in this collection!

Every unmarried female human over the age of 21 gets entered once a year. You can also accept extra entries for legal infractions—instead of paying a parking fine, for example, you can request an extra entry. Lots of women do that. I mean, why not? The chances are astronomical that your name will get chosen to be one of the hundred or so women who get shipped off to space every year.

And even if your name is drawn, the odds are slim that you’ll match up with an alien who’s looking for a mate. Most of the lottery-drawn women come back to Earth every year and resume their lives as if nothing changed. But some don’t. And no matter what, getting drawn in the Lottery means you have to compete in the Bride Games. Guess that’s where I’m heading now. I only hope I can avoid catching the eye of one of the giant, rainbow-hued brutes whose mission is to protect Earth—and who can claim me as a mate. All because I was Entered in the Alien Bride Lottery…

Somehow, I knew my name was going to be drawn in the Bride Lottery—the hellish agreement that Earth’s leaders had made to sell us to the aliens who protected our planet. I’d grown up with the propaganda. It was our civic duty. Men registered for the draft, women registered for the Bride Lottery.No way in hell was I going to be handed over to some giant man to be brutalized into bearing his children. Instead, I cut out my bio-tracker and walked away from everything. I should have realized they’d send one of those hulking, brightly colored aliens to track me down and bring me back. Never did I expect that he’d be devastatingly attractive. Or that we’d have to go on the run from the evil Horde trying to destroy both our planets. Now that we’re together, can I ever run away again? And could he really hand me over to the Bride Games to be taken by another warrior? Because I think I might be falling in love…

Claimed for the Alien Bride Lottery: I thought I’d escaped being given to an alien warrior. I was wrong.

I was one hour away from washing out of the Alien Bride Games. None of the Khanavai warriors had chosen me, and I was scheduled on the next shuttle off the filming station. But then a bright red alien passed me in a hallway—and the next thing I knew, we were all over each other. Bad enough that my name had been drawn in the Bride Lottery. Now, even though they’re supposedly over, I’m back in the Games. And not the usual ones, either—a whole new set of challenges, just for me. Guess it’ll make for good television back home. I just hope I can resist him long enough to get back to Earth, to the people I love. And that I can keep him from learning my most desperate secret. The odds aren’t looking good, though…

PLUS Christmas for the Alien Bride Lottery:

When Lola graduates from college a semester early, she’s left without a job or even any real prospects. She takes a holiday position working as a Christmas Elf at the local mall, only to learn to loathe all things Christmas. So when her name is drawn for the Alien Bride Lottery’s new “Holiday Special,” she’s almost relieved. Until she meets Valtin, the Khanavai warrior who has decided to make her his own. He’s fascinated with human holiday traditions, especially Christmas. Can a cranky Christmas Elf and an overeager alien male find the magic of the season together?

Every book in the Khanavai Warrior Bride Games series is a standalone romance. Join these brides as they find a whole new world of happily ever afters. 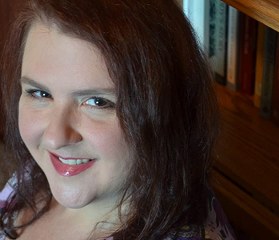 You can learn more about her books at http://www.MargoBondCollins.net