Just Friends by Monica Murphy is just 99¢ for a limited time only!
Grab your copy today!

But things aren’t always what they seem. Em’s turned into a drunken mess who parties too much. Dustin and I have hooked up a few times—and now he’s ready to take our relationship to the next level. Yet I’m not sure I want things to change. I’m scared if I take it any further with Dustin, our friendship will be ruined forever. Then there’s Ryan. The new guy. He’s hot. He flirts way too much. And Em has totally set her sights on him.

#Innocence by #KristinMayer is now LIVE and #Free to read with #KindleUnlimited!

Grab your copy today and find out why readers can’t get enough of this #RomanticSuspence!

I can never go back to the way life was before that awful night. Even though I’m unable to remember what happened, I refuse to believe the image they painted of me in the courtroom.

The pieces won’t fit together. Blurred images haunt my dreams. I needed a fresh start, somewhere I wouldn’t be judged, a place to salvage a life beyond the one I was currently living.

At the urging of my father, I headed to Montana to start a new life and put the past where it belonged—in the past. What I didn’t expect was to find a man with the ability to pull me out of those dark places I’d barely been existing in.

Just when the life I never thought I deserved was within reach, the ghosts of my past began haunting me—threatening to take everything away.

Would the light finally push through the darkness? Would I ever be free? Or will I forever be sentenced?

***Innocence is a standalone novel*** 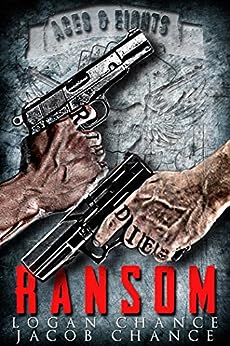 Blood by birth – Brothers by choice

Aces & Eights Motorcycle Club is all they’ve known for the past twelve years. They live hard, bound by the code of brotherhood.

What they’re really known for is riding, fighting, whiskey and women. With the brotherhood, they never have to standalone.

Aces & Eights is about to face their toughest enemy and play out the Dead Man’s hand.

Danger—it’s a word that strikes fear into most people.
But for me it’s not just a word, it’s a legacy, a lifeline, my name.

My life has been crazy—ups a downs like the highest rollercoaster you’ve ridden.
On tour with the world’s biggest rock stars and on my way to being one myself.
Then I met her.
The woman who ruined me completely.

Fast forward through the shit storm that was my life—I lost the girl, I lost my band. Hell, I lost it all.
My only choice was to run.
And running was the best thing for me.
Because I ran into a pink haired beauty and everything started falling into place.
My band reformed and we’re pushing to be right up there with the best of the best.
But when you’re fighting to get to the top, is the pressure too much to keep your band, and the girl?
In the end, if your heart’s in danger, can love truly be enough?

Now that I’m back,
Xavier Scott can’t hurt me again,
Won’t hurt me.
I’ve seen my share of pain,
Felt it,
Owned it,
And released it.

After one look,
One touch,
One tremble,
And I’m that broken, naive girl again.

I want him,
My body aches for him,
My soul needs him.
But, my head will be damned to fall for that again,
Fall for X.

He stole my heart before,
But not this tyme.

A chance meeting with this sexy, popular rock star and this beautiful, timid woman alters both of their worlds – ensuring neither will ever be the same.

For Your Chance To Win A Signed Paperback Of RENEGADE And A $10 Amazon Gift Card – head over to Author Heather Dahlgren’s page to enter. http://www.facebook.com/AuthorHeatherDahlgren