99 CENTS FOR 2 DAYS ONLY
You won’t like him.
He’s a criminal.
He’s half-demon.
He has no interest in redemption.
What could make him change?
A woman who’s forgiving and can shoot straight.

Amy Duncan and Seth Conners were just starting to connect in high school when Seth was arrested, Amy’s parents died, and everything changed. They don’t see each other again for ten years, but now someone is trying to make sure they never become too serious about each other again. Who would do such a thing, and will their love survive or will they be torn apart permanently?

Welcome to Seaside Oregon, where star sightings are as common as Malibu. It’s Hollywood’s biggest known secret, the place where rockstars and actors alike go to get away from it all, only now that filming has started on what’s said to be the newest blockbuster hit, it’s getting harder and harder to get some privacy.

Capture: All Dani wants to do is survive the summer on set as Lincoln Green’s newest assistant. The only problem? She’s a selective mute and the guy won’t stop talking or flirting.

Keep: Zane “Saint” Andrews is known for a lot of things, mainly his music and sexual appetites, when he stops in Seaside for a much-needed break, he latches onto Fallon, a girl he thinks could be his new muse. What happens when she finds out that the sexy superstar hasn’t actually ever had sex?

Steal: Ex-boyband member Will just got assigned to represent his ex-girlfriend and ex-love Angelica Greene. Babysitting an actress that high maintenance wasn’t part of the plan but he’s her only hope, and when they start to blur the line between love and hate, they realize that maybe the past can’t just stay there, not when there’s so much left to explore in the present.

Searching for Beautiful, from New York Times bestselling author Jennifer Probst is $2.99 for a limited time!

The highly anticipated third novel in the Searching For series from Jennifer Probst, “one of the most exciting breakout novelists” (USA TODAY), featuring a runaway bride and the man who wants to be more than just her best friend…

Genevieve MacKenzie has her life completely under control. About to wed the charming Chief doctor at the local hospital, she’s an up-and-coming surgeon with everything she could ever want. Until an escape through the church window on the day of her wedding sends her life into a tailspin…and flings her right into her best friend’s arms.

When Wolfe catches his best friend falling out a window on her wedding day, he doesn’t ask questions. He whisks her away, determined to watch over her and discover the truth behind her desperate escape. But when his feelings turn more than platonic, he realizes he may risk his most important relationship in order to protect his damaged heart, and the woman he loves.

Can Genevieve and Wolfe’s friendship turn into something deeper—or is it already too late for true love? 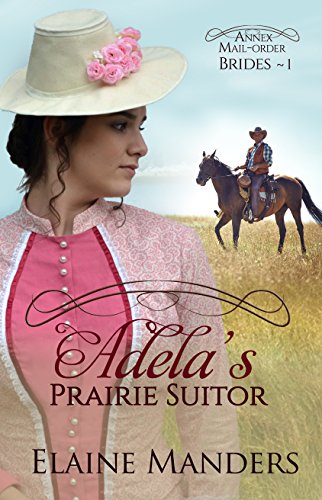 A clean, Christian romance novella about a Victorian era, western mail-order bride.
Most of the ladies attending the Harvard Annex hope to attain a quality education and advance the status of women–except Adela Mason. All she wants is marriage and a home of her own.
After corresponding with Byron Calhoun, a Kansas farmer, for several months, she’s convinced he’s the man God has chosen for her. She accepts his invitation to visit the farm so he can “court her properly.”
Byron finds Adela as sweet and charming as her letters have indicated, but will she marry him when she finds out he’s in danger of losing the farm?
Worse, how can he even convince sweet Adela to stay when his ex-fiance and mother are doing everything they can to run her off?
Prequels to the long historical novel series, “Intrigue Under Western Skies”, the Annex Mail-Order Brides novella series follows three courageous young women who find love through the mail.

Available at Amazon and in KU