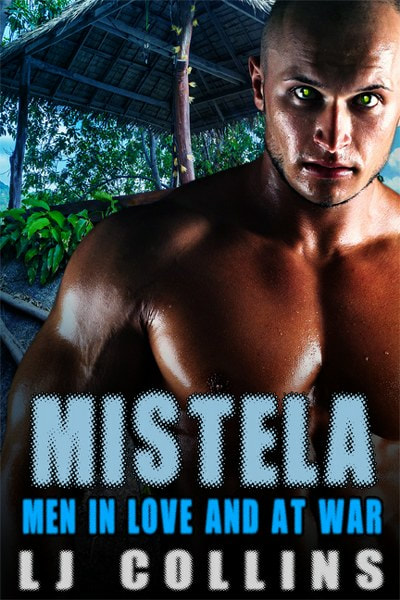 When the cruise ship Luke Ganes is working on sinks off the coast of South
America, he thinks he has met his watery grave. Regaining
consciousness, he finds himself in a different world that defies the
laws of both nature and gravity. With the help of his saviour,
Girufu, he slowly comes to terms with his new environment and learns
to love his new home, Mistela. When he hears about the evil Taronas
and their quest to slay the Pescamans, he develops a plan to save his
newfound friends from their brutal attacks. As time passes, Girufu
proves to Luke he is the lover Luke has always been looking for. But
when Girufu pushes Luke to the limits of his sexuality, he panics and
begins a desperate journey, seeking a way back to Earth. His
arch-rival Janus convinces him he can help. Only love and a cunning
plan can save him from certain death.
**Get the first 5 books at 50% off here:  bit.ly/2CRKv6z***
Add to Goodreads
Extasy Books * Amazon * B&N * Kobo * Smashwords* Bookstrand 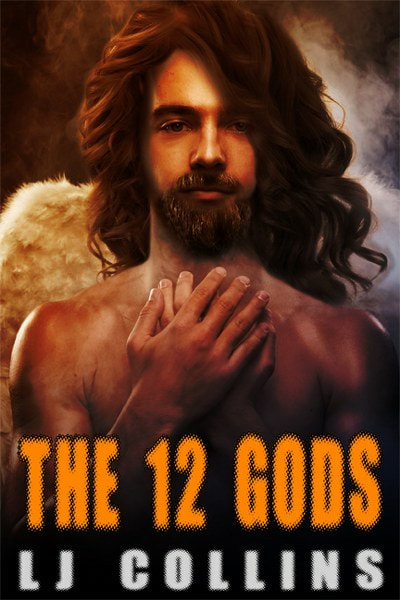 What’s in a dream? Maybe nothing or everything. There’s certainly more to
it when the same dream keeps recurring and can’t be ignored.
Justin’s best friend Lucas suspects it has something to do with
their upcoming holiday to Mykonos. He predicts something strangely
wonderful is going to happen to Justin while they are there. But
nothing could prepare Justin for what was in store for him.
When The 12 Gods fear that humans have learned to think for themselves,
diminishing their Godly powers, four Gods are sent to Earth to find
out what is really going on. Hesodo is particularly keen to go, but
to accomplish a completely different mission—to find Justin and win
him back. When Justin has a tragic accident, there is only one
option, which results in Justin finding out more than he bargained
for about his past love and history, teaching him that dreams should
never be ignored.
**Get the first 5 books at 50% off here:  bit.ly/2CRKv6z***
Add to Goodreads
Extasy Books * Amazon * B&N * Kobo * Smashwords * Bookstrand 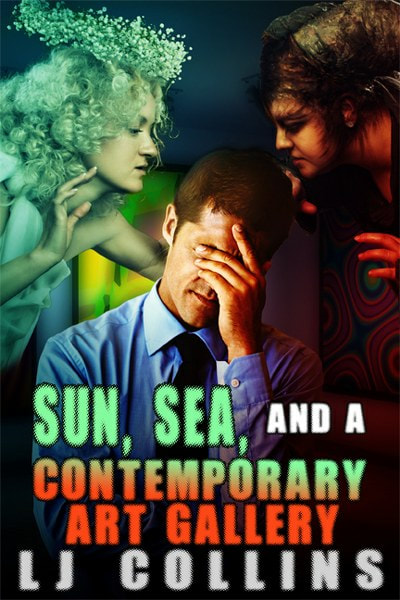 Sun, Sea and a Contemporary Art Gallery
Men in Love and at War Book 3

Coming from an underprivileged background in the East End of London,
Berkeley sets himself the challenge to escape poverty and do well for
himself. Armed with a good brain and determination, he succeeds and
wants for nothing, but there’s a bitter price to pay. Now the
challenge is with himself, and he escapes to the quiet of Tenerife
for love, only to lose it promptly. What now? With no career or
prospects in the unfamiliar country, what is Berkeley to do? He
decides to set up business opening an art gallery, yet knows nothing
about art. Comical disasters, veiled threats and visitors of a
spiritual nature, believing that he’s to be served up to the Devil
himself ensue. The whole experience pushes Berkeley to limits he’s
never encountered before, and he learns the hard way that what goes
around really does come around to haunt you. Only love and true
friendships can bring him back to the real world. 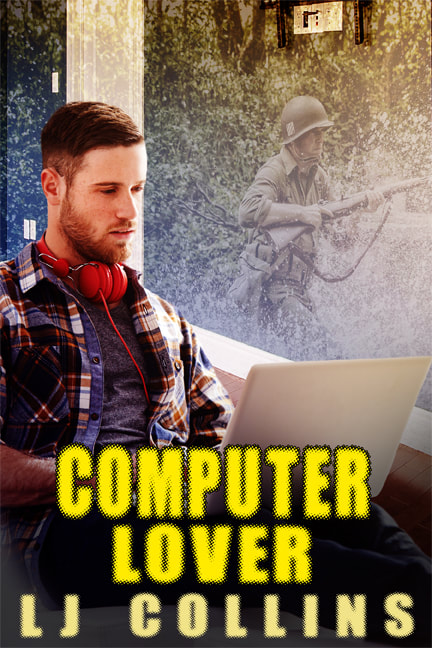 Computer Lover
Men in Love and at War Book 4

After the distress of dealing with a failed relationship and business, life
starts to look up for Berkeley when he finds new work and discovers
the joys of gay chat sites. When he meets a captain from the US Army,
based in Iraq, his hopes of love and a bright future rise. After
several months, the captain asks Berkeley to do him a special favour,
so he can retire from the army and spend the rest of his days with
him. Berkeley reluctantly agrees, but when the favour results in him
having to part with his hard-earned cash, he is left with no other
choice, but to go to the police. Captain Frances comes to his rescue
and what starts out as a professional relationship quickly turns into
a lot more as they uncover a major internet scam and strive for
justice to be served.
**Get the first 5 books at 50% off here:  bit.ly/2CRKv6z***
Add to Goodreads
Extasy Books * Amazon * B&N * Kobo * Smashwords * Bookstrand 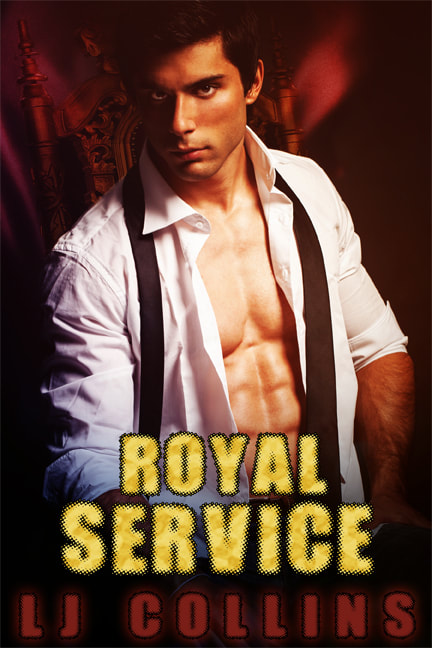 Royal Service
Men in Love and at War Book 5

Wherever Berkeley goes, or whatever he does, drama follows. Having recovered
from the ordeal of being the victim of an internet scam, his life
returns to normal working at a five-star hotel selling VIP vacation
club memberships to wealthy clients, and being with the love of his
life, Captain Rick. That is until he finds Rick cheating on him with
a woman. Feeling sad and lonely, Berkeley is enticed by the prospects
of high earnings and a jet setter lifestyle when he’s approached by
one of his clients to be a high-class escort.
Whilst he revels in being treated like a prince, he has to accommodate some
strange and unusual sexual requests, and before long he’s caught up
in a web of espionage between a transport conglomerate and a client
who is developing a futuristic technology that will change the future
of transport forever. Only Berkeley knows how he’s going to weave
his way out of his new-found problem.
**Get the first 5 books at 50% off here:  bit.ly/2CRKv6z***
Add to Goodreads
Extasy Books * Amazon * B&N * Kobo * Smashwords * Bookstrand 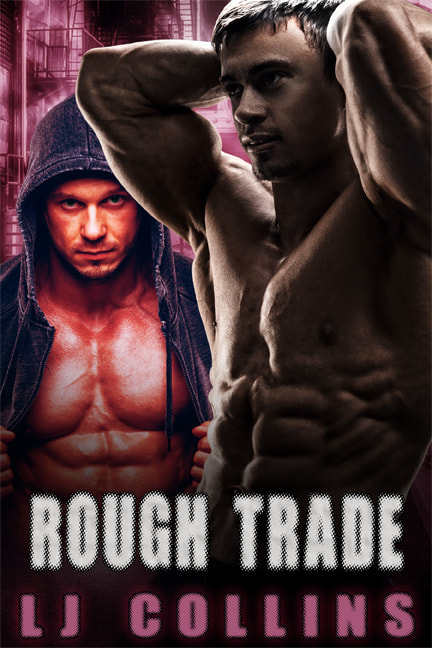 Rough Trade
Men in Love and at War Book 6

Berkeley is set for life after providing his Royal Services and decides to
travel to London to visit his friends and family to cheer him up.
There he has a raunchy chance encounter with a stranger on a train
who he meets again in unsuspected circumstances. In between all the
wild sexual antics, Leonard takes Berkeley back in time to a
spiritual world of religious communes, demons, exorcisms, and Ouija
boards that proves to be enlightening, unnerving, but most
worryingly, life threatening.
When Berkeley returns to Tenerife to discover his gardener has had an
accident, he enlists the help of a local beggar, a Moroccan man
called Mohammed, to service his garden and him. The sadness and
mystery of Mohammed’s past gradually unfolds, and when Berkeley
tries to do the right thing to help him, he is confronted with the
reality of Mohammed’s dark and chilling past.
Two different men spell double trouble for Berkeley, but he has never
shied away from a challenge—or a gorgeous man—and he’s not
about to now.
Add to Goodreads
Extasy Books * Amazon * B&N * Kobo * Smashwords * Bookstrand 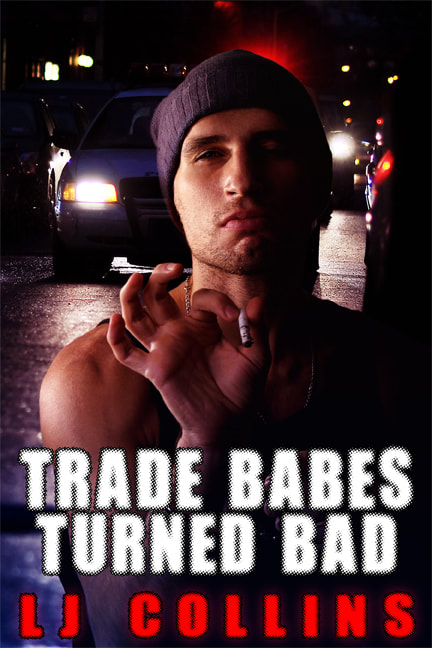 Two things are still plaguing Berkeley—the unexplained and strange
disappearance of Leonard, and the possible outcome of Mohammed’s
retrial for a manslaughter charge. They say bad things always come in
threes, and in Berkeley’s case that belief is no exception. When
Berkeley gets a call from one of his best friends from London, Paul,
his dose of bad karma is completed when he discovers Paul’s younger
brother, Kenny, has been killed in a tragic car accident. Berkeley
does his best to pacify Paul and stop him from going through with his
ludicrous plan. In exchange, Berkeley has to agree to go back to
London for the Trade reunion party. Berkeley and Paul have the time
of their lives, but when dawn breaks and the party’s over, all hell
breaks loose.
Add to Goodreads
Extasy Books * Amazon * B&N * Kobo * Smashwords * Bookstrand 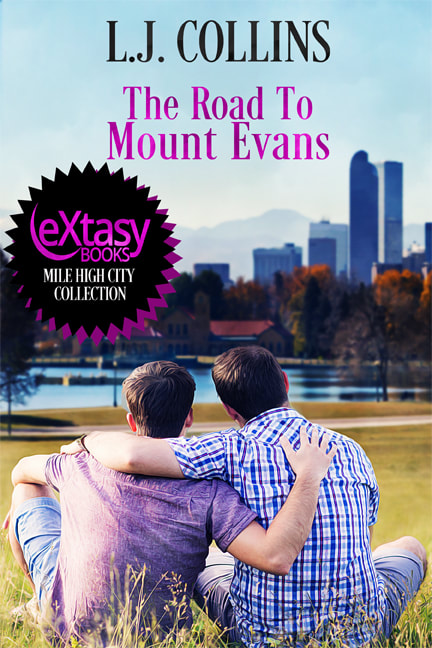 Berkeley and Paul are excited about attending their first gay rodeo in Denver,
Colorado. Even after a tiring fourteen-hour trip from London, the
bright lights and prospect of meeting some horny cowboys
instinctively draws them to Lower Downtown, where things aren’t
exactly what Berkeley had expected. Whilst Paul revels in throwing
himself at every available man in any bar or at any rodeo event,
Berkeley has different expectations. Beyond his wildest hopes and
dreams, Berkeley meets Nantan, a Native American, who sweeps Berkeley
off his feet. But Berkeley discovers there is a lot more to Nantan
than meets the eye.
Add to Goodreads
Extasy Books * Amazon * B&N * Kobo * Smashwords * Bookstrand 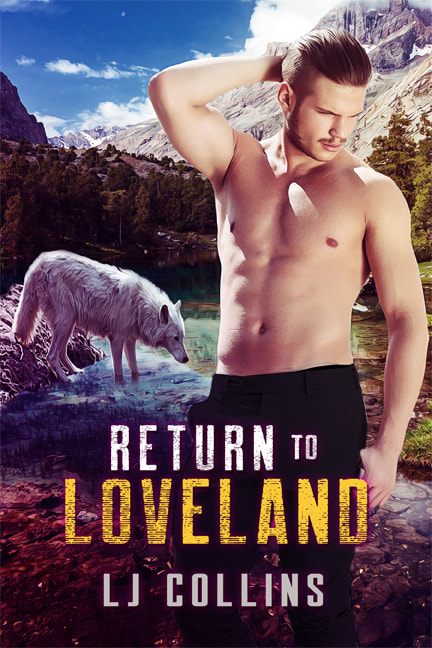 Return to Loveland
Men in Love and at War Book 9

While Berkeley is waiting at Gatwick airport for his transfer flight from
Denver International airport to Tenerife, he convinces himself the
dream he’d had on the plane was more than just a dream. Battling
against rational thoughts and raw emotions, Berkeley follows his gut
instincts in search of the Native American, Nantan. Curious and keen
to understand more about Nantan’s life as a wolf, Berkeley gets a
lot closer than he expected to finding out what it’s really like.
Love conquers all as Berkeley escapes a close encounter with death
that cements his future with Nantan.
Add to Goodreads
Extasy Books * Amazon * B&N * Kobo * Smashwords * Bookstrand 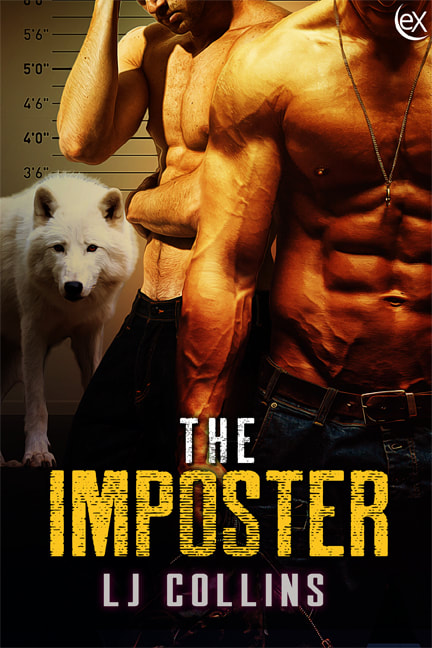 The Imposter
Men in Love and at War Book 10

Berkeley’s high spirits are dampened when he opens his world up to three
relative strangers and is confronted with a series of macabre
happenings. When things get out of hand, Berkeley turns to his
ex-partner, Captain Rick, to help unravel the mystery of what’s
happening and why. Berkeley’s gardener, Rene, a Santeria Priest, is
the obvious suspect. But is he too obvious and being set-up? Jacob,
an author, has the creative mind to develop and execute such a
cunning and sophisticated plan. Nantan has inside knowledge and the
opportunity. With another few suspects thrown into the pot, Berkeley
and Rick have their work cut out before time runs out and death
strikes again.
Add to Goodreads
Extasy Books * Amazon * B&N * Kobo * Smashwords * Bookstrand 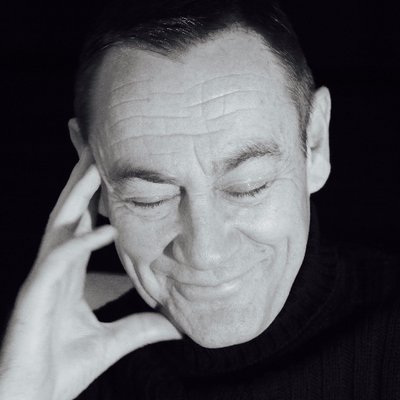 Born and raised in London, Lee worked as a successful senior management
consultant before moving to Tenerife to pursue a more fulfilling life
and to focus on his writing.
For Lee, the writing process is all
about when the mind and the fingers connect. He plans stories in his
head, but when the fingers take over, something else comes out…but
invariably, he is happy that he let his fingers do the talking.
He works with an amazing team at eXtasy/Divine books who inspire and
encourage his writing. He calls Jay Austin, the Chief Editor in
Charge, Laura McNellis, his editor and Carmen Waters, his
artist, THE DREAM TEAM. No further explanation required…
Website * Facebook * Twitter * Author’s Den * Goodreads