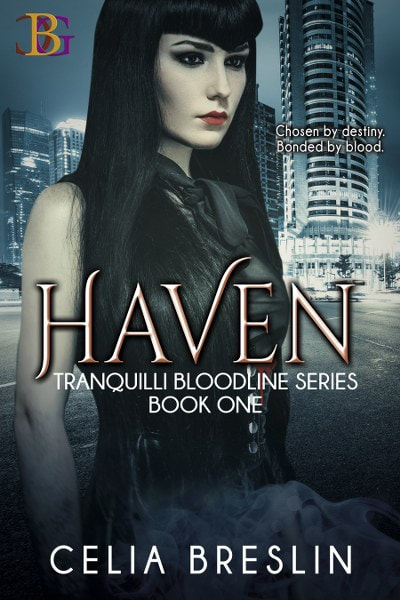 San Francisco nightclub owner Carina Tranquilli works hard, plays hard, and never allows the death of her parents and her twelve-year memory gap to get her down. Her life takes a left turn when a witch attacks her on her twenty-fifth birthday.
Three hauntingly familiar vampires emerge to reveal she possesses a latent power. To protect her from their enemies, they admit to wiping her memories and abandoning her as a child, but now they need her help. As she struggles to evade her new protectors, and even newer enemies, she meets Alexander, an enigmatic, undead musician. Insta-attraction flares, leaving her wanting more.
With evil’s minions hounding her every move, and everything she thought she knew turned on its head, Carina must harness her burgeoning power, unravel her vampire family’s web of deceit, and fight to keep the love of her life…without getting killed in the process.
**Only 99 cents on Amazon!!**
Add to Goodreads
Amazon * Apple * B&N * Kobo * Champagne Books 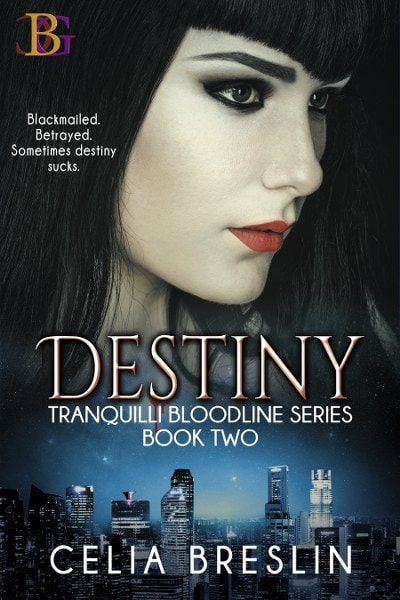 In HAVEN, San Francisco nightclub owner Carina Tranquilli survives a vicious attack by her vampire family’s longtime archenemies. Several weeks later, as she struggles with PTSD and survivor’s guilt, supervillain Dixon resurfaces and kidnaps two of her best friends. To save them, Carina must comply with the evil bastard’s unusual demands. The kicker? She must tell no one what she is up to.
Meanwhile, she has a new dance club to open for the preternatural community, a fated soul mate acting secretive and distant, and a sexy, new, undead friend who’d love to take Alexander’s place in her heart and bed.
Blackmailed, betrayed, tempted…sometimes destiny has a wicked sense of humor.
Add to Goodreads
Amazon * Apple * B&N * Kobo * Champagne Books 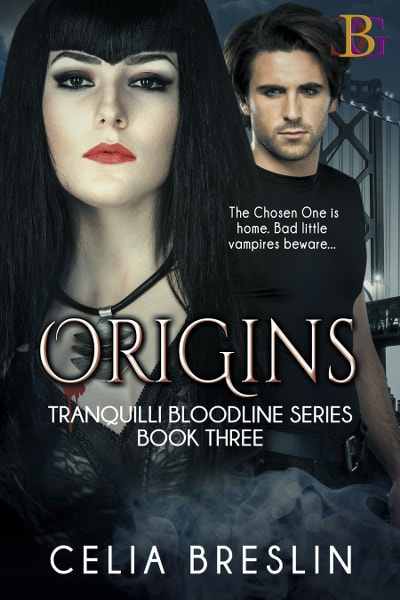 The Chosen One is home. Bad little vampires beware…
In HAVEN & DESTINY, San Francisco nightclub owner Carina Tranquilli finds love and fights her vampire family’s enemies. Now, in ORIGINS… En route to reunite with her estranged father in Italy, Carina is kidnapped by a human organization intent on vampire genocide. Beaten, starved, and forced to fight fellow captives, she manages to escape. Once home, Carina warns her family of this new threat, but dear old dad is missing. In his absence, the Tribunal, the governing body for all vampirekind, lies in disarray, with an old enemy making a bid for her father’s throne.
What’s worse? The usurper wants her for his queen…and slave. With a human-vampire war looming on one side and a vampire-vampire battle brewing on the other, Carina will have to rally her troops, take back the throne, and fulfill her destiny as the Chosen One. If not, her whole world will fall, taking everyone she loves with it.
Add to Goodreads
Amazon * Apple * B&N * Kobo * Champagne Books 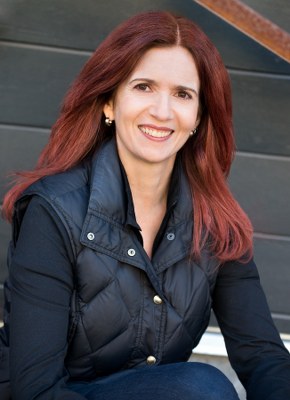 Celia lives in California with her husband, daughter, and two feisty cats. She writes urban fantasy and paranormal romance, and has a particular fondness for werewolves, vampires, and the Fae. When not writing, you’ll find Celia exercising, reading a good book, hanging with her family, or indulging her addiction to Joss Whedon’s TV shows and movies.
Website * Facebook * Twitter * Instagram * Amazon * Goodreads