Welcome to Real Men Romance, a multi-author world created by Celia Kyle and Marina Maddix. You’ll find stories that include everything from shifters to fae and any type of paranormal creature in-between… There’s sure to be something to satiate your paranormal romance craving within these pages. 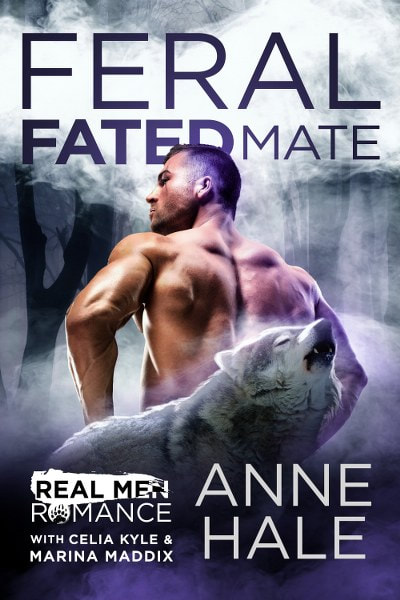 Jax lost his mate…or so he thought.
Perched on the brink of feral madness, Jax is ready to succumb. Until he’s rescued by his mate—Nicolette. Except…her memories are gone. Can she still be his mate if she never remembers him?
She’s haunted by confused memories.
A sadistic man tried to make her love him once and Jax shares his face. But unlike the man from her past, Jax is covered in scars. Despite Nicolette’s twisted memories, she feels a pull to Jax unlike any other. What ties them so closely together? And can she love him again despite her fears?
**Part of the “Real Men Romance” multi-author world.**
Goodreads * Amazon 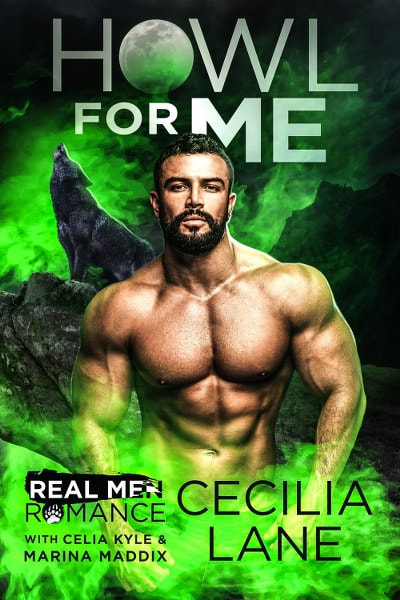 Howl For Me
A Real Men Romance
by Cecelia Lane
Genre: Paranormal Romance

He’s back home and slowly going feral…
Torben is a sentry for the Blackwood pack and deputy for Ashtown. He’d be happy in his hometown if one failed relationship after another wasn’t leading him down the path to madness. He’s got one last chance to find his mate…or else.
When Zelda’s mom wants to move to Ashtown to open up an occult bookshop and crystal store, Zelda will do anything she can to stop her. But the hipster haven isn’t anything like she expected. Nor is the hot cop who’s determined to give her trouble.
While she’s doing her best to get her mother to see sense, Hot Cop is doing his best to get her out of her clothes with talks of “fate” and “mates.” Sounds like he’s been smoking her mother’s sage.
But when scary men come calling and making threats…Torben is there to protect her. And when things go to hell, he’ll fight off a rival wolf pack to keep his mate—and his sanity—safe.
**Part of the “Real Men Romance” multi-author world.**
Goodreads * Amazon 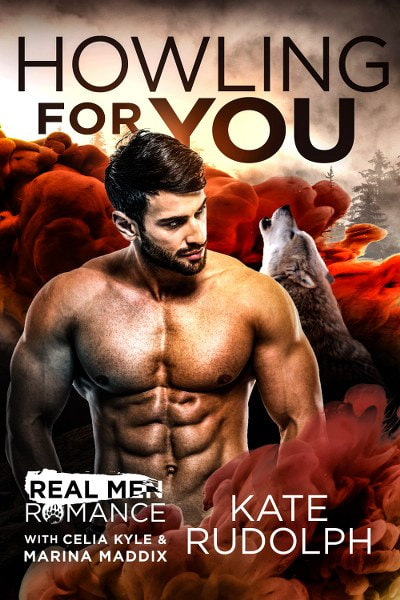 Howling For You
A Real Men Romance
by Kate Rudolph
Genre: Paranormal Romance

She’s being hunted by a hungry wolf…
Wolves? On a hike? It takes one bite for Audrey to realize two things: wolves definitely exist in Georgia, and she might be turning into one. Fever. Dizziness. Fur? It shouldn’t be possible. Even worse, there’s a wolf on her tail.
Garrett says he wants to help. Her body wants him, but she can’t trust her body, or her instincts, anymore. More importantly, can he keep her safe from the danger that dogs her steps?
She needs a protector…
From the moment he sees Audrey, Garrett recognizes her as his mate. But she needs help before she’ll ever consider letting him claim her.
She’s been thrust into a new world where monsters lurk in the shadows. He’ll fight every one of them to stay by her side. But she doesn’t trust him.
If they don’t work together, they’ll be torn apart. So how can he convince her he’s the wolf of her dreams?
**Part of the “Real Men Romance” multi-author world.**
Goodreads * Amazon 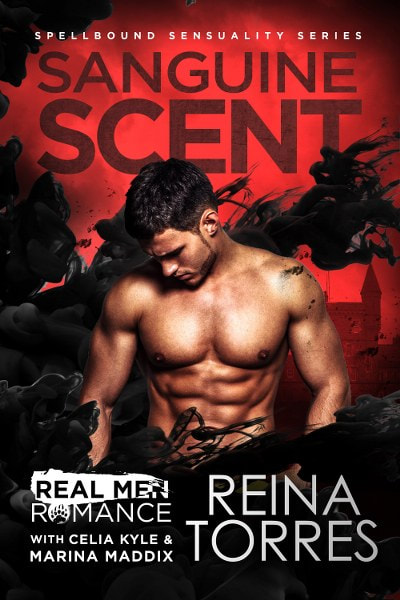 Amaro Casal cares about three things: life, love, and women. And not in that order. He’s as wild as they come, but when he crashes a garden party he discovers the one woman who may be able to tame the wild within.
Then she’s snatched from him and he has hell to pay.
What’s the use of vampiric immortality if he’s forced to live alone forever? All he has left is a thirst for revenge.
But when his friend brings him to Othercross he catches a glimpse at a second chance…
Alba Pacetti uses her love of nature to create the most beautiful gardens in the world. Her ability to tap into the magic of the earth makes her a hot commodity for the warlock who wants to own her, but her heart belongs to someone else. Someone she lost a long time ago.
When Amaro finds himself within reach of the woman who was torn from his arms, he’ll stop at nothing to make her his Beloved.
**Part of the “Real Men Romance” multi-author world.**
Goodreads * Amazon 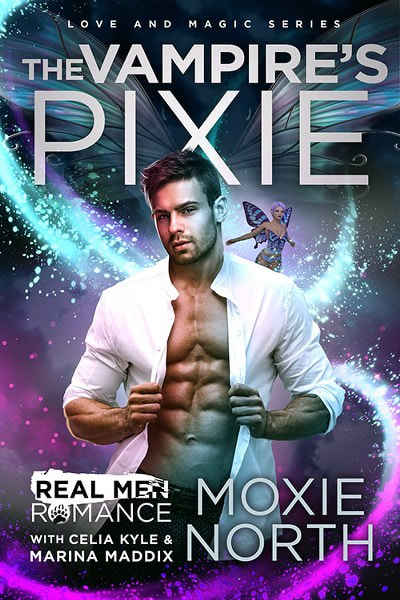 Even among Fairies, she’s the black sheep…
Nyx Shae-Lynn plays by her own rules—ones her diplomat father and militant mother don’t understand. Since a birth defect means she can’t fly, she’s had to make her own way in the world, rather than becoming a fighter like her mother and brothers. The one way she can satisfy her family is to find a Consort from Fairy high society, but when she meets Caspian, all bets are off.
He’s a vampire from Clan Nicolaides who isn’t part of the Fairy world. Nyx’s mom thinks she can do better. Meanwhile, Nyx knows she’s met the vampire meant for her. She may not be a fighter, but she’ll do whatever it takes to prove that Caspian is her mate.
**Part of the “Real Men Romance” multi-author world.**
Goodreads * Amazon 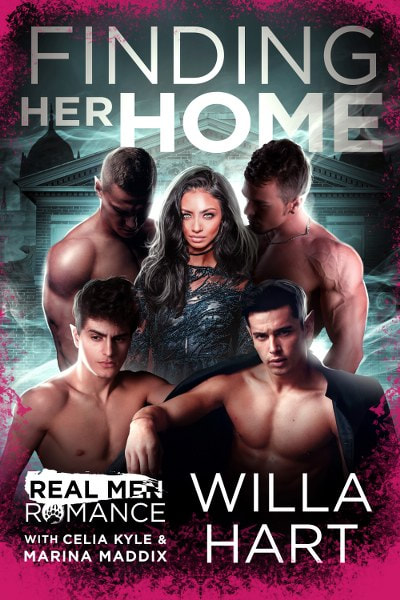 College sucks—even for the one who would be queen…
Maeve Brady may have cool magical powers and a name to put to them now—she’s fae! Da fuq? She thought she was human!—that doesn’t make college any easier for this ex-foster kid turned ward of the fae council. Want to know the best way to pick-pocket a person on the street? She’s your gal. But school? Nah, she’s fine without it. Except her new guardian disagrees so off to Othercross University she goes.
A college full of shifters, witches, vampires, and more… Including four seriously smoking hot fae who are assigned as her tutors. She just wonders how far the “tutoring” will go.
Of course, it’s college, and college wouldn’t be the same without some drama-llama in the mix. Someone has it out for the fae’s newest addition and they’re not afraid to turn deadly to get rid of her. Little do they know Maeve is ready to prove she’s not that easy to kill. Not by a long shot.
**Part of the “Real Men Romance” multi-author world.**
Goodreads * Amazon 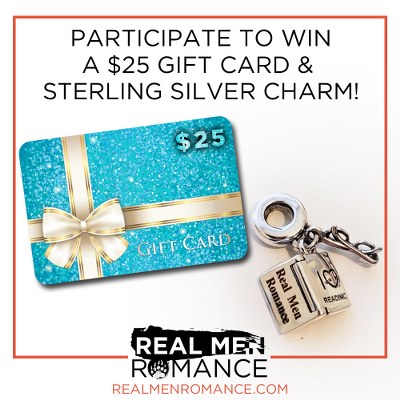