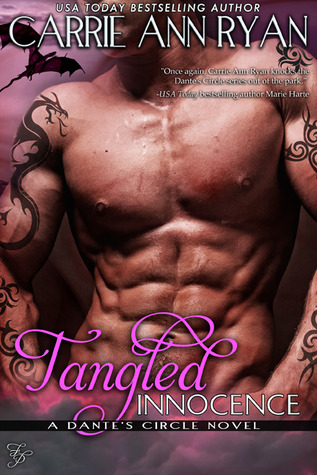 Humans aren’t as alone as they choose to believe. Every human possesses a trait of supernatural that lays dormant within their genetic make-up. Centuries of diluting and breeding have allowed humans to think they are alone and untouched by magic. But what happens when something changes?

As one of the seven lightning struck women, Nadie Morgan has known for a while now that her fate would be forever changed…and revolve around a certain dragon. From the first time Dante Bell saw Nadie, he knew she was the one for him. There’s just one problem–there’s another in his life he’s waiting on as well.

When Jace Goodwin, a bear shifter and Mediator, finally comes back to the human realm after years away under circumstances out of his control, his first stop is to Dante’s Circle where he not only finds his dragon, but the woman they both have been waiting for.

Once secrets are told and the sparks fly, Nadie’s new life becomes something she never thought possible. However there’s another realm at play and Jace and Nadie’s dragon will have to fight harder than he’s ever fought before to keep the life he’s waited eons for.

Warning: Contains one not-so-innocent human, a bear known for his bear-hugs, a tattooed and pierced dragon with a fiery temper, and a connection so explosive, you’ll be fanning yourself from page one

Tamara’s Review
I’ve been waiting a long time for Tangled Innocence. I was dying to learn Dante’s secrets. I have to say though, I was a little disappointed in this story. Usually Carrie Ann is all about the emotional connection between her characters, it’s one of the reasons I love her books so much. In Tangled Innocence I just didn’t feel that connection.
I wanted to see more interaction between Jace, Nadie and Dante. The highest emotions I felt in Tangled Innocence were for secondary characters.
There is a lot of action in Tangled Innocence. We finally get a look at the behind the scenes machinations of the counsel and the cause of the seven lightening struck. So, some of the unanswered questions are resolved. I don’t want to give spoilers, but suffice it to say, Dante’s “secret” was highly relevant to his current situation and I would have liked to have had a more complete telling of the tale. (I know ambiguous much)
What I did like about Tangled Innocence was Jace. Man I loved that bear. I really liked how Jace connected to both Dante and Nadie. He was the strength they both needed, but wasn’t overbearing (haha) I loved his family and his loyalty.
In summary, Tangled Innocence is a fast paced, action packed, thrill ride of a read, with some uber hot love scenes, but it left me feeling like I still didn’t really know the hearts of the trio. Not a swing and a miss, but definitely not a homerun either, in my opinion.
This book was provided to me by the publisher in exchange for an honest review

A huge shout out to my little brother Tim for building and installing the ramp for our back door. He did an awesome job along with Nicholas who helped install it.
SSLYblog
Blog at WordPress.com.
Loading Comments...
%d bloggers like this: