As a teacher, I’m used to being on the playground. But I never thought I’d be the one swinging.

I’m also a wife and mother, always trying to keep everyone happy. My sons just left for college, forcing me to see how far apart my husband and I have grown. I feel like a damn cliché.

Then the teacher down the hall with questionable morals introduces me to her friends. They’re swingers.

It’s all fun and games until your sex swing breaks. Haha, no really, so far it seems like all fun and games. It could be the answer to what’s missing in my life…or maybe I’m just not asking the right questions? 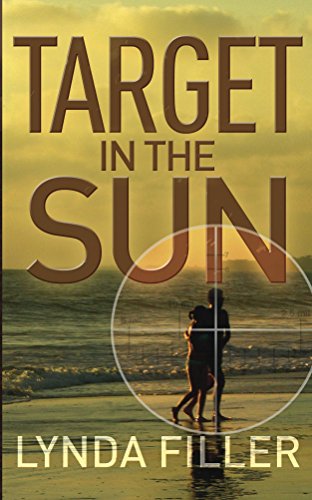 TARGET IN THE SUN’ a moving, high anxiety romance thriller, takes place on a perilous journey through the explosive dark underworld of organized drug trafficking and the complex, destructive human perils of use, abuse and the carnage it leaves in its unstoppable wake. Caught up in the onslaught is the powerfully engaging nurture of two lovers, Carlos and Mia, discovering and reaching out in a world that could ultimately tear them apart.

An infant loses both his parents tragically and spends his youth and young adulthood in disconnected search and longing, surviving on the streets of coastal Mexico where the beauty and allure of his homeland mix with his relentless desire to belong.

Anticipation builds as powerful human emotions span a search for love, acceptance and belonging to existence in a world wrought with escalating illicit drug trade from the depths of lush Mexican jungles across borders in a vast network of distribution throughout America. An expansive coalition of drug enforcement agencies on both sides of the border mount a fierce campaign of surveillance and seizure with swift and destructive assault on the drug lords their ultimate objective.

All the while a young boy struggles with the heart-wrenching prospect of a life of loneliness, sadness, anger, and an unwavering resistance to commitment. Amidst the turmoil of surroundings and circumstance a boy becomes a man in a search for belonging that leads a troubled soul on a dangerous romp from the sultry Mexican Riviera beaches to the heat of coastal nightclubs and salacious entanglements behind closed doors.

As time passes, Mia’s visits to Puerto Vallarta become more frequent and her relationship with Carlos becomes ever-clearer. At first mere carnal instinct, a conquest of pleasures, life events and new acquaintance bring discovery, emotional attachment and a burning desire for enduring love as it was always meant to be.

‘Target In The Sun’ is an impassioned story of search and longing for the ultimate connection. 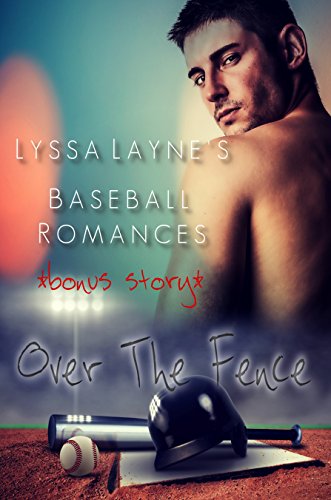 4 Full-length Novels boxed into one book ONLY $0.99.
*Limited Time

Over the Fence is a collection of Lyssa Layne’s baseball romances including The Right Pitch, Fear of Striking Out, Another at Bat, and a BONUS STORY, A Diamond is Forever.

The Right Pitch
Colie Adger is trying to make it in the big leagues as an athletic trainer. Working in a man’s world isn’t easy. Colie must figure out how to make the best decisions for all the men in her life—both on and off the field. As good as she is at making decisions for others, can Colie figure out her own heart and hit a homerun off the right pitch?

Fear of Striking Out
Shortstop Tate James is less than excited about his trade to the trendy City of Angels. That is until he crosses paths with beautiful Mia Tomko. She lets him know that not all L.A. women are just after fame and fortune. When someone from both of their pasts arrives, will it tear them apart or make them closer?

Another at Bat
Pitcher Jace Richards had it all. Fame, status, money, and the perfect girl but it wasn’t enough. Laurel Darbis is the mom to ten-year-old Grey who is about to start baseball. All of the parents are thrilled when the new coach arrives, everyone except Laurel.

A Diamond is Forever
Pitcher Benny Martinez and his longtime girlfriend Isabel Soltero are afraid that history will repeat itself. With Benny on the road, Isabel is doing her best to be both the mother and the father to their teenage son. Throughout Benny’s travels, he watches his fellow ball players, Grant Adamson, Tate James, and Jace Richards interact with their family and he soon realizes what he’s missing. It’s time Benny makes a decision which comes first—his family or his career?

After Dina Ranger loses telepathic contact with her twin brother, Duncan, she breaks into his apartment and stumbles onto a special government unit responsible for monitoring the psychic population. She’s offered a job where she can use her psionic gifts to help people.
Stranded on earth over a hundred years ago, Liam of Shria is searching for a metal needed to repair his ship when he finds Dina inside an alien escape pod and narrowly saves her after she trips the alarm.
As the mystery and their relationship deepens, Liam helps Dina learn the truth behind her abilities while uncovering a plot to rebuild an ancient weapon, exposing dangerous secrets about the alien presence on earth that may change the future forever. 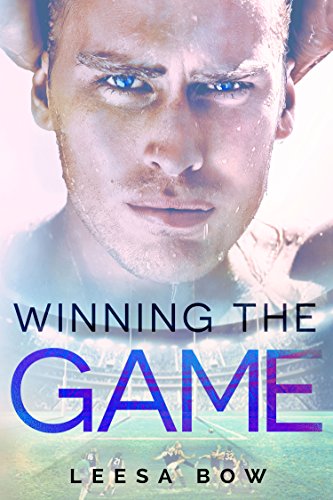 Last chance to grab Winning the Game for $0.99!

Troubled Aussie football star, Rhett Williams’ infamous off-field misdemeanours land him in front of his club’s board with an ultimatum: clean up his bad-boy image or lose his contract.
There’s one catch: appear on a reality show to reinvent himself.
Football is Rhett’s lifeblood, but his family and the orchard farm in the country where he grew up means more, especially as his family relies on his wage to keep the business afloat. So Rhett puts his opinion of reality shows aside to concentrate on doing whatever it takes to be re-signed.
Career-focussed TV mentor, Tori Winchester doesn’t have time for men, or a social life, which suits her fine. When Rhett Williams arrives on set with his blond beach hair and his mesmerising blue eyes, her resolve begins to crumble. He’s not the spoiled bad boy casting had told her to expect.
Getting involved with someone like Rhett could not only damage her long-term career prospects, they could both lose everything.
In a game of cat and mouse, Rhett is playing the one game he doesn’t want to win… 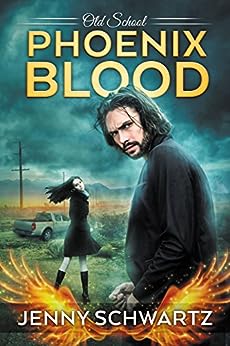 In a grim biker bar with wizard mercenaries on her tail and a “found” amulet around her neck, Sadie Howard needs a miracle. What she gets is the man who broke her heart nine years ago.

Marcus Aurelius is a changed man, in more ways than one. The preppy, confident medical school student is now a hard-bitten, magic-wielding assassin. He’s also a man on a mission. He has debts to pay and old wrongs to right before he dies—sometime this week.

As the secrets of Marcus’s heart are revealed, Sadie learns that nothing is as it seems and that the man who broke her heart also saved her life and paid in agony for her freedom.

With wizards trying to kill her, phoenix blood burning in Marcus’s veins, and a villain who’ll stop at nothing to acquire the amulet Sadie has promised to a friend, their roadtrip is a one-way ticket to extraordinary adventures. The question is, who will survive?

Phoenix Blood is the first novel in the new paranormal romance thriller series, Old School. Each novel is a standalone read. Watch out for Fantastical Island in February 2017. 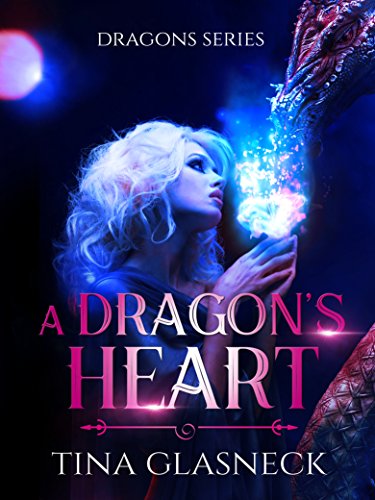 🔥
╔════════╗
❥ #thebooknymph ❥
╚════════╝
How far will she go to change history, and the man she loves?
In this third book of the Dragons series, time travel and fantasy weave together in a passionate romance.
Left at the altar, Mia DiMarco’s perfect world comes crashing down. She retreats to the only place she’s felt safe in this foreign land, the castle where she works, and a fervent wish launches her back in time to Napoleonic France.
Mia will have to face history in her present with a man she’s only ever read about, Lord Greyson Dumont– who can set her heart on fire and who she knows is destined to die.
She’ll do anything to change history, even if it means sacrificing her mortal heart to the powerful dragon.
A Dragon’s Heart is a fantasy romance for fans of Norse mythology, PNR, fantasy, and time-travel romance. Fans of Katie MacAlister, Karen Marie Moning, Jeaniene Frost, Neil Gaiman and Percy Jackson will be enraptured by this story of time travel, destiny, gothic romance, and Norse gods.

This book is for anybody who loves:

Norse mythology and the gods and goddesses of the Vikings.

This is the third book in the Dragons series.

🔥For a Limited Time 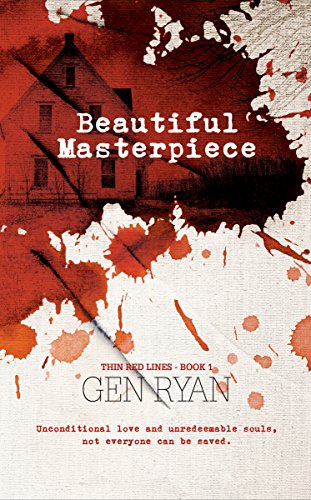 An intense romantic thriller with off-the-charts heat and a connection that will leave you gasping for breath.

Unconditional love and unredeemable souls, not everyone can be saved.

Madison Harper is no stranger to monsters.

After surviving an unimaginable childhood, she fights her past every day and dreams of working for the FBI to protect the innocent from monsters like her own father. Her plans are clear: finish her PhD, then join the next class of trainees.

The two agents assigned to protect and instruct Madison offer her so much more than she ever expected. They teach her about love and pain, trust and loss. But not everyone can or should be saved.

Will Madison avoid being her father’s last Beautiful Masterpiece?

This book contains some disturbing situations, violence, strong language, and sexual content. Reading is recommended for those over 18 years of age. 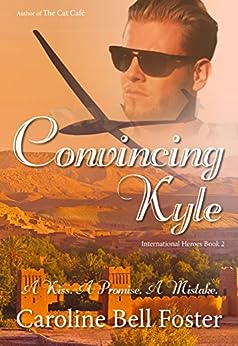 Convincing Kyle: A kiss. A promise. A mistake.

Banished to England, to ‘cool off’ Kyle Mannino met and fell in love with rich, standoffish boarding school brat Camille, two weeks before he was due to fly home.Cultural clashes and family interference ensured the two young lovers parted ways in the most vicious of ways. Only for them to reconnect, by accident, years later. He’s a globe-trotting player. She’s an overindulged movie star. Could they make it work?

First, love and family interference spelled disaster for Kyle and Camille. Years later they tried again but he’s a globe trotting playboy and she’s an overindulged Bollywood actress. Was their present forever shaped by their past?

Only time and patience can tell.