He’s hot.
He’s cocky.
He’s the last guy I should fall for.

The Last Guy by Ilsa Madden-Mills and Tia Louise is ON SALE for 99¢ or FREE in Kindle Unlimited ➜ http://amzn.to/2rT4QEs

The first rule of office romance is don’t do it–especially if your dream is to hold the anchor spot on the nightly news and your boss is trying to get you fired.

But one look at Cade Hill, the sexy new sports director, and uptight reporter Rebecca Fieldstone is daydreaming about other things.

She can’t stop thinking about the former NFL quarterback and how perfect he’d look between her sheets–except he’s an arrogant jerk with a huge… ego.

He’s the last guy she’d ever have a one-night stand with.

Cade Hill draws a thick professional line on office romance–until it comes to the hyper-focused Rebecca. He wants her, and he gets his wish when a chance encounter has them having the hottest sex of their lives.

It’s just a hook-up, she says.
When can we do it again? he says.

With Rebecca determined to keep Cade in the friend zone, it’s going to be an uphill battle for Cade to convince her he’s the last guy she’ll ever want.

The Quake Duet
by Jacob Chance

From the first moment I saw Janny Moore’s sparkling eyes and luminous smile, I’ve been obsessed with the idea of getting to know her…
watching.
She’s everything I need in my life, now I just have to convince her.
She’s never set eyes on me, she has no idea I exist…
but she will.

Note from the author:
Have you ever wondered what happened with Kyle and Janny after Quiver?
I’ve added an extended epilogue, exclusive to the Quake Duet Box Set that will answer all your questions. I’ve also included the first four chapters of Canvas, which releases on September 22nd.

“Game for Marriage was a fun, sexy read that I would recommend to anyone looking for a romance with a lot of heart and some smoking hot loving.” -Fiction Vixen

Game for Marriage by Karen Erickson is on SALE for just 99¢ for a limited time only!

Struggling artist Sheridan Harper never imagined she’d spend a sizzling night with Jared Quinn, the smoking-hot star quarterback of her local professional football team, the San Jose Hawks. And she’s even more shocked when Jared’s publicist offers her a proposition: a fake marriage to keep Jared out of the gossip mags. Being that close to Jared would be too tempting, so to protect her heart, she insists on secretly including a clause forbidding sex between them.

Jared just wants to keep his starting QB job and keep it in San Jose. His reputation as a ladies’ man has landed him in the headlines one too many times, but there’s something about his kind, passionate new wife that tempts him beyond reason. Any sort of intimacy between them is completely forbidden, but as their bodies fall in deep, will their hearts follow suit?

A nanny, a Hollywood star, and a love they never expected.

BOMBSHELL by CD Reiss is ON SALE now for only $1.99 and FREE in Kindle Unlimited!

Read Today!
Amazon US➜ http://amzn.to/2uWtuWn
Hollywood bad boy Brad Sinclair always gets his way, whether it’s the role he wants or the bikini-clad model he has to have. But when a bombshell gets dropped in his lap in the form of a dimpled five-year-old from a forgotten relationship, he knows his life is about to change forever. 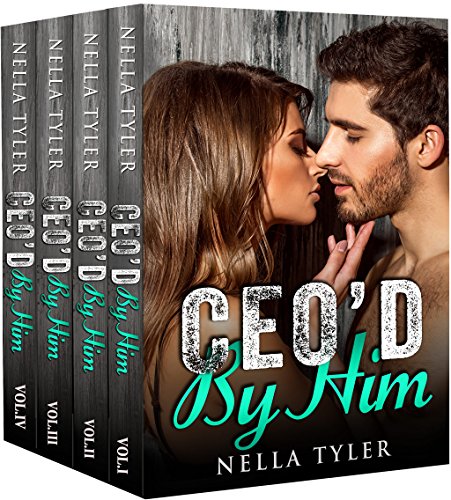 Contemporary Romance
CEO’d By Him
By Nella Tyler
Published: July 2017
$.99

Kris is facing big changes in his life. His father has just passed away from pancreatic cancer, leaving him his film studio, home, and fortune. And while all of that sounds good, it is overwhelming for a 25-year-old man to take on. Instead of immediately rising to the challenge, he feels overwhelmed and lost in his grief. 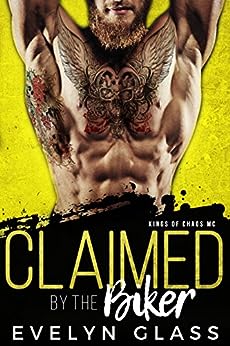 All she ever wanted was to live a clean life free from danger.
All I wanted was to break her good girl act.
But neither of us could’ve expected things to end up like this…
Neither of us expected me to become the father her son never had. 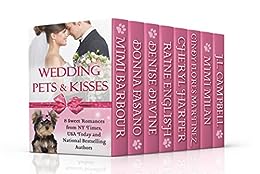 Sometimes in the middle of an ordinary life, love offers a fairy tale. You are cordially invited to celebrate family, friends, laughter, even a few tears, as cute, furry, four-legged pets play matchmaker and lead their owners to happily ever after.