FBI Special Agent Paige Carson hoped she’d be able to start a new life in small-town South Carolina. But when a senator’s sister is murdered and a blank postcard is left next to the body, Paige realizes that a killer from her past has found her–and is sending her a very personal message.

From the moment he hired her, FBI Special Agent in Charge Sam McKade knew Paige was hiding something. Prompted by this recent threat, she finally opens up: one year ago, she caught the eye of suspected serial killer Todd Thames. Now he’s come back to pull her into his game, whether she wants to play or not.

As the danger increases, Paige and Sam give in to their growing attraction, and he vows to protect her no matter the cost. But the murderer will stop at nothing to get to his intended prey, and the strong arm of the law–and the shelter of her new love–may not be enough to save her.

This is what my life has become – purgatory. Floating in the middle of what could’ve been and what’s never going to happen.

My past dictates my future. Every step forward, guarantees ten steps back. Regret entwined with an addiction to bad decisions, living in the moment and neglecting the consequences has become a way of life.

Ignoring all the warning signs, I didn’t see him coming. He was supposed to be a distraction, a bit of fun amidst all my chaos. But Elliot Ramzy turned out to be all that, and so much more.

*Deviate is a spin off novel and can be read as a complete standalone. The characters in this book are originally featured in Devastate*

Keira Weston is screwed. Her art is flopping. Her teaching job dries up. And now she’s losing her apartment. A girl should be allowed to have a night of fun to forget her troubles, right?

But she doesn’t expect to come face to face with Eric Newcastle, the panty-melting guitarist she’s always crushed on. And she doesn’t expect him to ask her to join him and a rowdy headlining band as a tour photographer. Eric will even offers wild and tender nights in his bed as a perk. But she’s determined to keep things professional. She’s had her heart broken by an passionate artist before and she’s not getting burned again.

She certainly doesn’t expect to be tempted by the dirty talking guitarist with magic fingers while trying to prove herself.

Eric makes it clear. He’s interested in more than her skill with a camera. He wants Keira to himself so he can prove what they have is real.

So long she doesn’t uncover any of his family secrets…

Beau LaForte felt an internal pull to the beautiful, innocent Alexa Davidson. Oh, this was not the typical boy-meets-girl story. This was anything but typical. You see, Beau was a shifter – a panther – and the alpha of the pack. What his panther wanted, his panther got. And together, they wanted Alexa.
But when Alexa finds the pretty kitty lolling on her bed, she is determined to get him out — before he sheds more on her brand new sheets!

Can Beau convince Alexa that she is his mate for life before she throws him out forever? 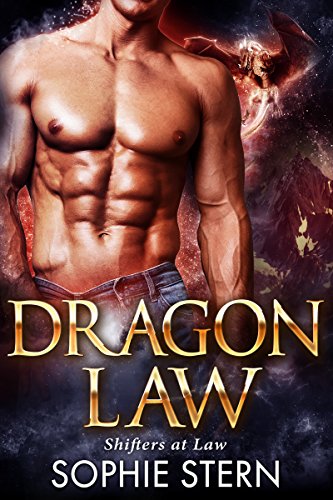 DRAGON LAW is coming in December!

This Changes Everything
by Gretchen Galway

99c SALE!!! This Changes Everything by Gretchen Galway is only 99c for a very limited time!!!

This is a standalone romantic comedy within a series.

“No one, and I mean no one, does the ‘friends to lovers’ story better than Gretchen Galway!” ~ Between My BookEndz

THERE’S MORE THAN ONE WAY TO RUIN A BEAUTIFUL FRIENDSHIP.

Tech entrepreneur Sly has a portfolio of lucrative San Francisco Bay Area start-ups, but while his financial options are unlimited, his romantic options are anything but. Bored with the same old, same old, he finds himself spending more and more time with Cleo, his former piano teacher and current pizza-eating, binge-TV-watching partner.

Already divorced at only twenty-nine, Cleo’s not looking for love. Certainly not with a gorgeous workaholic who usually dates high-powered, MBA-toting supermodels. Although, come to think of it, Sly hasn’t dated anyone in a long time. And Cleo isn’t the only one to notice he seems lonely…

An unexpected weekend in Las Vegas forces Cleo to confront her past while Sly slams into his own demons and realizes he’s his own worst enemy. What happens when they cross the line? And then move it, jump over it, trample it, zigzag across it, and forget where the line was in the first place?