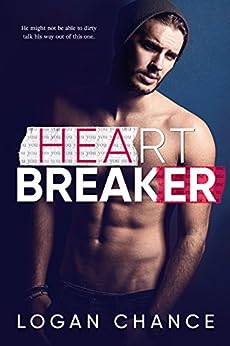 HEARTBREAKER by Logan Chance is #LIVE. This sexy read is .99 cents for a limited time, so one-click today. Or read for FREE with Kindle Unlimited.

They call me a heartbreaker.

I’ve constructed the exact type of life I want for myself–isolated from feelings, and numb to the world around me.

Running from my own fears.
Pretending I own the world.

She’s the one person who digs beneath the layers to see the truth hiding there.
Being paid to break her heart may be the hardest job I’ve ever done.

Why’d she have to be so pretty? Why do I need her so bad?
Why can’t I just let her go?

They call me a heartbreaker, but little do they know my heart is the one that lies bleeding. 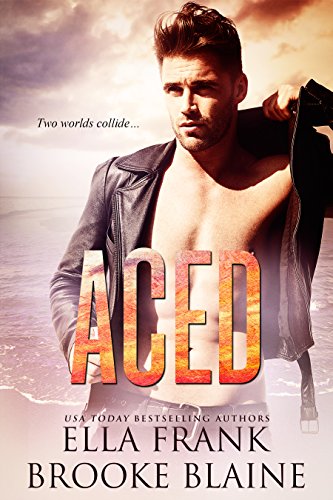 ACED by Ella Frank and Brook Blaine is just 99₵ for a limited time only!

Ace Locke is Hollywood’s hottest action hero. Women across the globe fling their panties in his direction, but Ace isn’t interested in those—he’s more of a boxer briefs kind of guy. Specifically, those of the nearly naked male model on a billboard he drives past every day.

Though he recently made headlines for his public coming out, Ace is wary about pursuing a relationship, fearing what the court of public opinion will do to his career. But there’s something in the model’s expression that intrigues him and has him wondering what if?

Dylan Prescott just scored his biggest modeling campaign yet. One that has him plastered all over L.A. in not much more than what he was born with. And when he’s cast in Ace’s latest blockbuster, it puts him in close proximity to his ultimate fantasy.

Outwardly confident, Dylan has no problem with his sexuality or his pretty-boy looks, and uses both to his advantage to get what he wants. And what he wants is the impossible—Ace Locke.

What happens when these two worlds collide?

So, I didn’t have a lot of sales come across, but I did find a crop of freebies! So, enjoy! 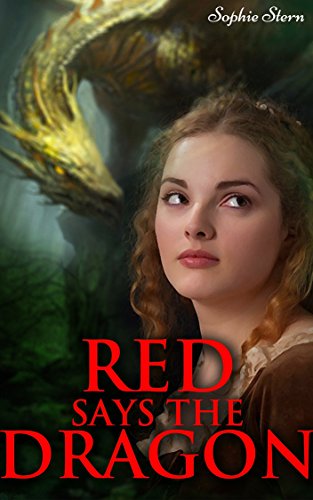 Kaira is an ordinary princess: spoiled, stubborn, and secluded.

When Kaira becomes lost in the forest, however, everything changes.

The Dragon of Naga, Sanguine, takes no prisoners. When Kaira finds herself in his lair, she begs him to spare her life.

“I’ll do anything,” she tells him, and that’s exactly what the dragon requires. 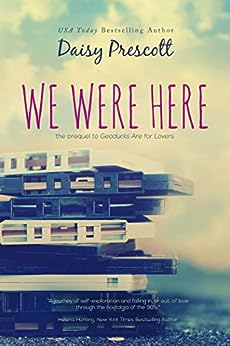 FREE!!! We Were Here by Daisy Prescott is free for a limited time!!!

“We Were Here is the mixed tape of romance! A sweet, fun and sometimes angsty trip through the soundtrack of the 90’s.” Helena Hunting, New York Times Bestselling Author

“Daisy’s words suck me straight back to the 90s with a great, big, nostalgia-induced smile on my face.” — USA Today bestselling author Adriane Leigh

In the 90’s, sex was dangerous, music was life, and love was something no one had ever felt like we did.

This is the story of seven friends …

We met in college, completely free for the first time in our lives and determined to enjoy every minute of it. For four years, we gossiped and flirted, partied and road-tripped. We were inseparable.

Each of us has our own story of falling in or out of love. Of finding out who we are. Of growing up.

We thought we knew everything. We knew nothing.

We Were Here is where the Modern Love Stories begins, in a standalone that perfectly captures the humor, angst, and sheer chaos of college. 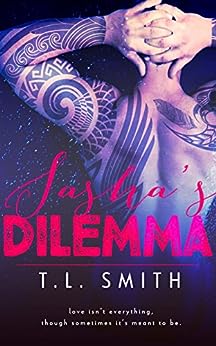 Sasha’s Dilemma by TL Smith is currently #Free!!! Grab your copoy of this hot #RomanticSuspense today before the price goes up!

LOVE— it’s a common word that people take for granted. As for me, Sasha Adams, I have seen that love isn’t everything, though sometimes it’s meant to be. But to be honest, I never wanted it. That has been my plan for as long as I can remember. The only person I ever wanted to love is my sister Lola. But then I met not one no, not even two— but three beautiful men.
Dylan, the doctor, had his head screwed on tight. Josh, well, he was a tattooed sex machine playboy. Then there was Brax, the rock star. It was clear they all wanted my heart, but I wouldn’t give it to any of them willingly.

Unwillingly, I fell hard, but there was a part of me that knew he could destroy me. So I refused to give him all of me, and now he’s returned and determined to win me back. But it’s too late, isn’t it?