Cheerleader Layla and football player Tyler are complete opposites. She thinks
he’s the biggest jerk in school and he thinks she’s too high on her
horse to even be worth a second glance. When the two of them are near
one another, sparks fly in all the wrong directions. They can hardly
endure speaking, let alone dating.
But when Layla unknowingly sends Tyler a smack-down text meant for the
girl sending naked photos to her then-boyfriend, Adam, Tyler has no
idea it’s Layla and decides to play along. After all, Tyler cannot
resist messing with the pissed off girl firing off texts about junk
pictures, cheating, and girl code.
As the fallout from Adam’s scandalous texts plays out in front of the
entire school, Tyler and Layla secretly continue to text each other
using fake names. But as days and weeks pass, things take a turn for
the serious between them, and suddenly, their texts mean more. Maybe
it’s time to come clean about who they are and risk taking the
relationship from texts to dates, then kissing, and maybe more.
They say there’s a thin line between love and hate. Can reality live up to
the fantasy, or will Layla and Tyler be forever offsides?
Goodreads * Amazon

You’d think a girl with the most romantic name in the world would have her
pick of boyfriends.
But Valentine’s Day sucks when you’re single. Just ask Juliet Valentine,
whose last name happens to also be the name of the most dreaded
made-up holiday ever.
A romantic at heart, this year is especially hard on Juliet. Her
sister, Layla, is in a new relationship, her mom’s match-making
business is doing great, and her school’s new fundraiser is
“Love-Grams.”
Juliet’s miserable, a little jealous, and lonely.
Quarterback Jared Black is the most popular guy in school. A star athlete, Jared
tops the most-eligible bachelor list year after year. But to Juliet
Valentine, he’s all but invisible. She isn’t impressed.
Jared’s never had to work hard to get the attention of a girl before.
Valentine’s Day is fast approaching, and he’s determined to ask
Juliet out. After all, if Tyler can win over Layla, Jared ought to
have a shot with Layla’s sister.
Unlike Tyler and Layla, charm, flattery and good looks won’t work on Juliet.
So with the V-Day dance coming up, Jared uses the school’s
Love-Grams to let Juliet know how he feels. Should be simple enough,
right?
Wrong.
Each attempt ends up either in the trash or thrown in someone’s face.
Juliet won’t play his game.
Now, without a date to the dance Jared realizes it’s going to take a
Hail Mary to win the girl of his dreams.
Goodreads * Amazon

Natalie Decker is the author of the bestselling YA series Rival Love, YA
series Offsides, and NA series Scandalous Boys. She loves her family,
her awesome dog, friends, carefree days, football, fuzzy blankets,
traveling, reading, cooking, writing, and is a huge Denver Broncos
fan. Her imagination is always going, which some find odd. But she
believes in seeing the world in a different light at all times. An
avid reader of everything. If she’s not at a Target or Starbucks
because those are her favs, she might be typing away on her laptop,
reading a book, hanging out with her amazing family, or she’s off
having an adventure. Because Natalie believes in a saying: Your life
is your own journey, so make it amazing!
She loves interacting with fans.
Feel free to follow her on any of her
social media accounts.
Website * Facebook * Twitter * Instagram * Amazon * Goodreads

Follow the tour HERE
for exclusive teasers, guest posts and a giveaway!
a Rafflecopter giveaway 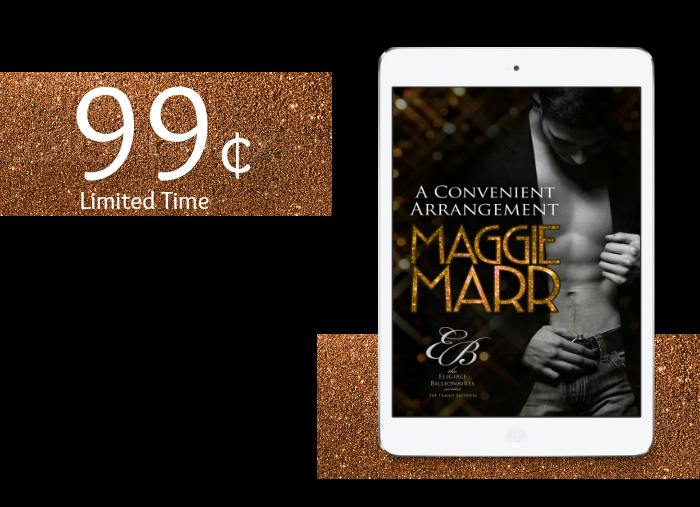 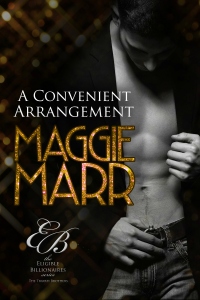 The launch of Leo’s new app The Convenient Arrangement solidifies his rank as the #1 most eligible bachelor–and he plans to keep things that way.

Gwen Fleming is well aware of Leo’s reputation. But after one electrifying touch, she finds herself considering “no strings” just to satisfy the need that burns whenever Leo is near.

Only what begins as no-strings grows more complicated, because Leo feels the intense attraction as well.

Could this convenient arrangement last forever?

A Convenient Arrangement by USA Today bestselling author Maggie Marr is book 3 in The Travati Family series, which is part of the Eligible Billionaires series.

One Night for Love

A Billionaire for Christmas (The Travati Family Book 2)

OTHER BOOKS IN SERIES

One Night for Love

A Billionaire for Christmas (The Travati Family Book 2)

Maggie Marr is the author of contemporary romance and women’s fiction. She writes smart, sexy, women and the men they love.

She got her start in Hollywood pushing the mail cart at ICM, but quickly rose through the ranks to become a motion picture literary agent. As well as writing, she maintains a boutique legal practice dedicated to the needs of creatives & entrepreneurs.

She is the current President of Los Angeles Romance Authors (LARA) and legal adviser to the Women’s Fiction Writers Association (WFWA).

Maggie loves all things pop culture and when she isn’t taking care of her clients or writing she can be found reading, chasing kids, or exercising her rescue pup. 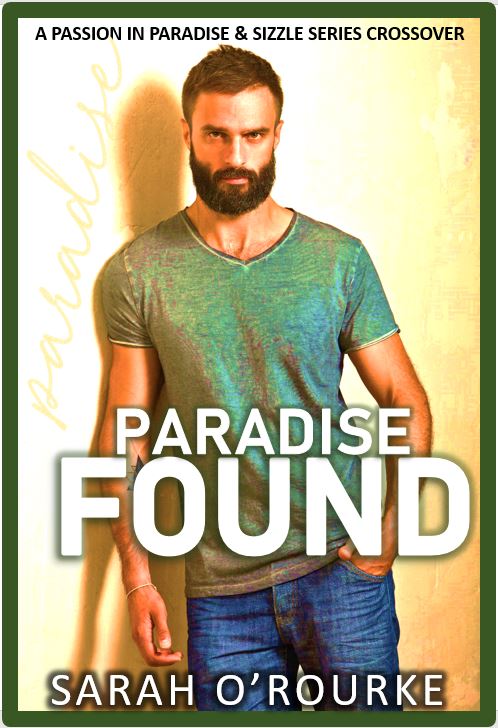 Samantha “The Body” Dixon had once been a famous runway model who’d walked every catwalk from Paris to Milan and back again, but when her career abruptly comes to a screeching halt, she’s out to prove she’s got a whole lot more to offer than just a pretty face and killer rack.

Benjamin Atkins might have once been the most in demand photographer in the fashion industry, but times have changed and he’d learned the hard way to value substance over style. Now, he’s built a new life doing what he loves in the beautiful town of Paradise, TN.

When these two ex-lovers reconnect after a bitter break-up, can their broken hearts find a way back to their own personal paradise found? 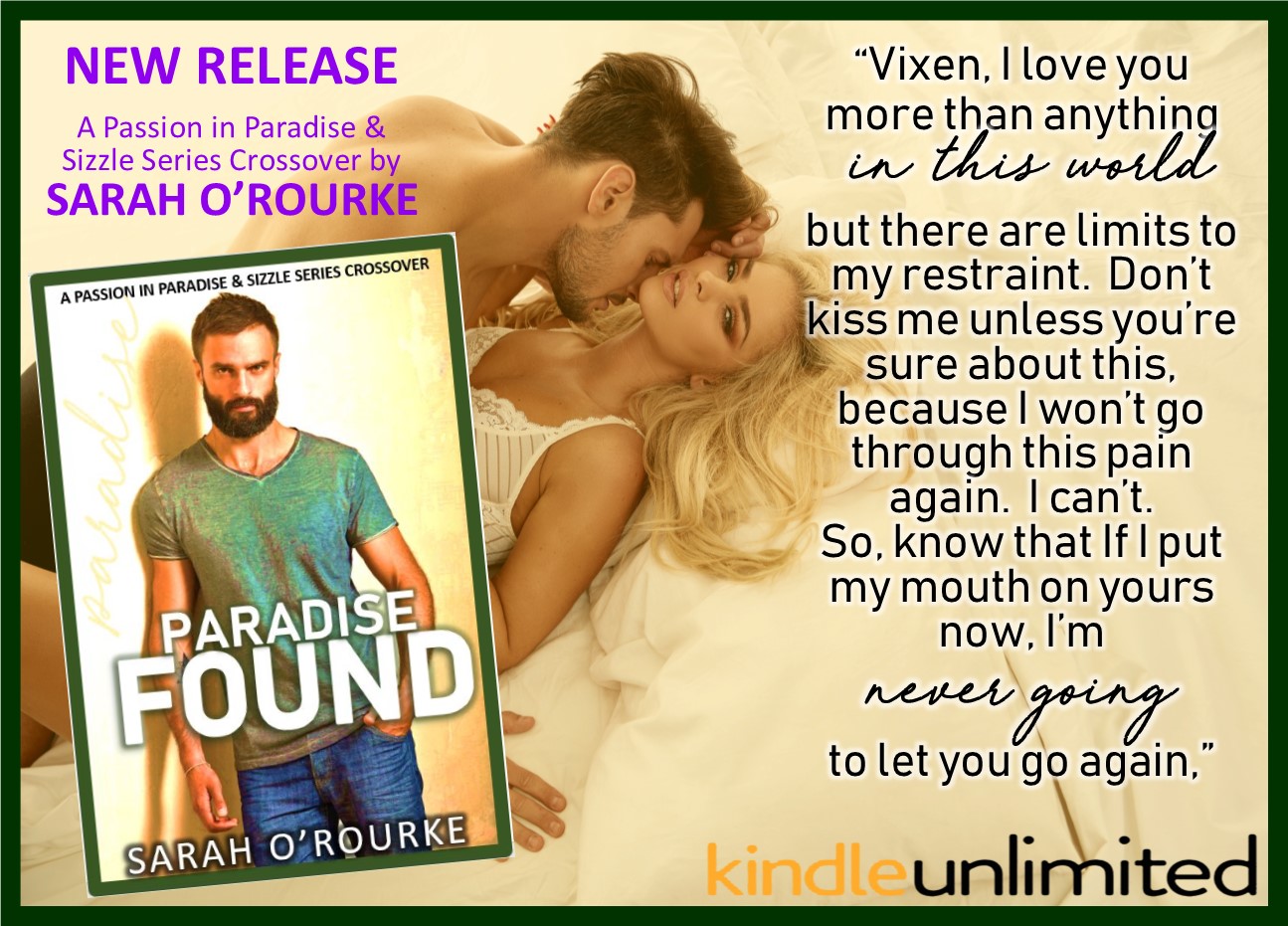 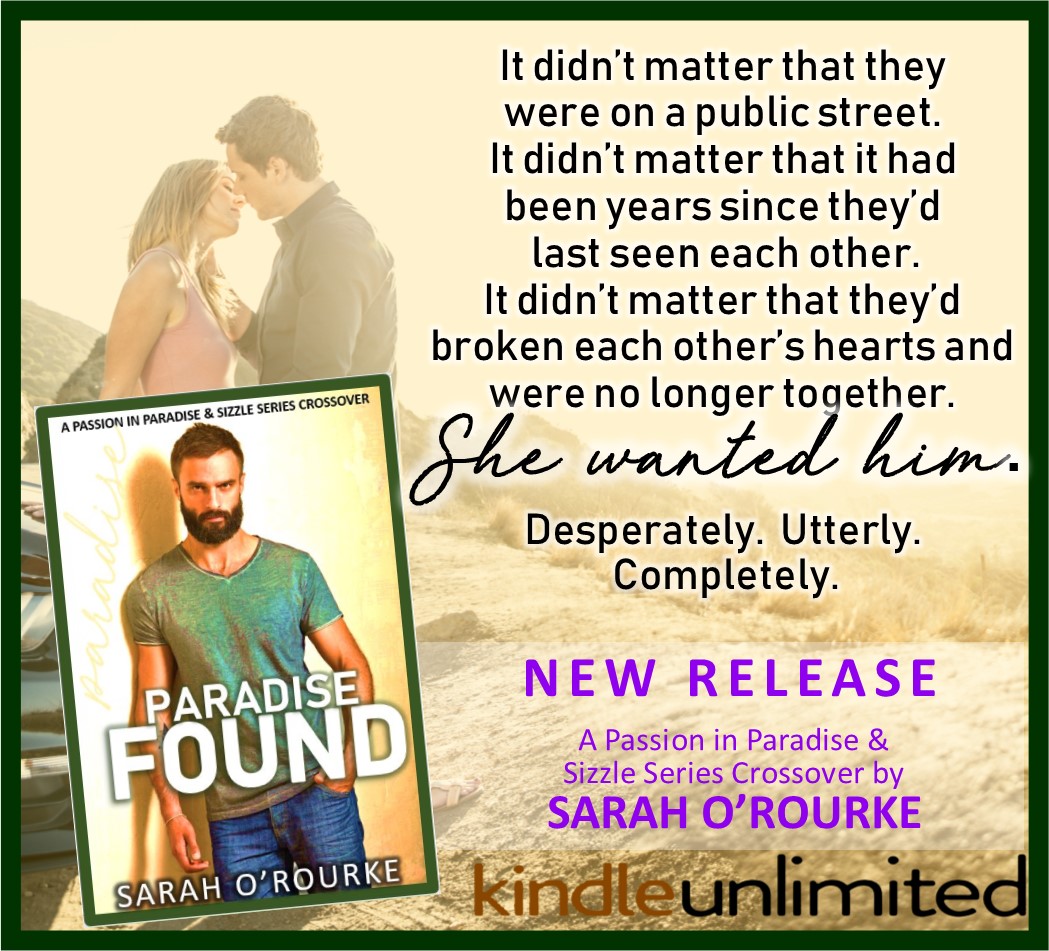 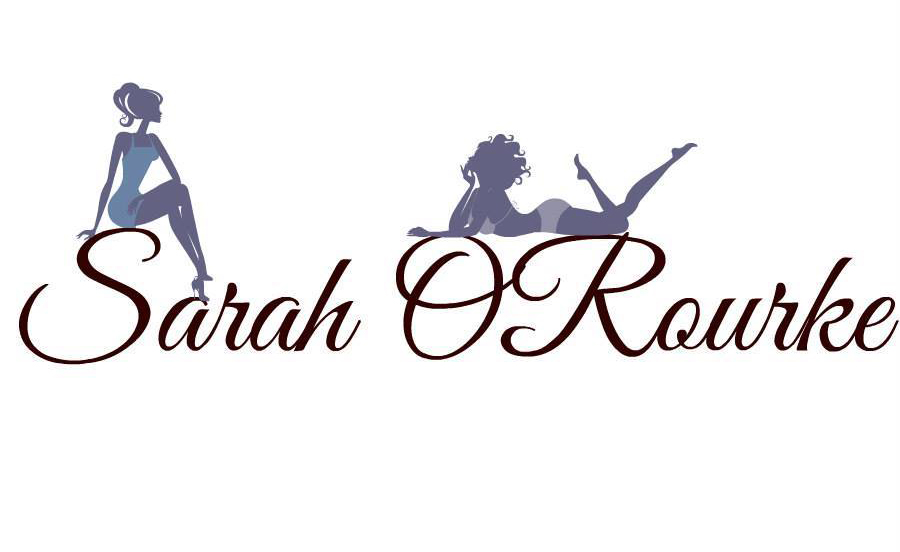 Sarah O’Rourke is actually TWO besties who live three states apart and write at all hours of the day and night! Born and raised in the Southern United States, they are overly attached to their one-click accounts, can’t make it through the day without copious doses of caffeine, and spend way too much time on the phone with each other.

Between them, they have four children and twenty-plus years of marriage…one to a retired super soldier and the other to egomaniac engineer. They hate empty chocolate wrappers and writer’s block, love to talk to readers…and oh, by the way, they write about strong, kick-ass women and hot alpha heroes!