✮ ✮ ✮ HOT $1.99 SALE ✮ ✮ ✮
On sale for the first time ever, In Your Eyes from New York Times bestselling author J. Kenner is $1.99 on Amazon for a limited time only!

Billionaire bad boy Parker Manning buried his dark past beneath fast cars and faster women. With his chiseled good looks and Texas oil legacy, Parker’s used to laying claim to whatever—or whoever—he desires, and he’s never met a woman he couldn’t seduce into his bed.

Not, that is, until Megan Clark. Years ago, she flatly refused him. Now, she’s back—and she needs a favor. No way is Parker letting her get away again, and he conditions his agreement on one sensuous night with Megan in his bed and at his mercy.

The chemistry between them crackles, but Megan’s a woman with secrets of her own. Can Parker conquer both their pasts and claim her?

*This sale is on Amazon US ONLY

With his tight muscles and vibrant ink, certified bachelor Reece Walker is the kind of man who’s used to having any woman he craves in his bed—except Jenna Montgomery. She’s been his best friend for years, and that’s a line he just can’t cross.

Until a wild, stolen kiss changes everything. Now anything goes, and Reece is determined to use every wicked skill in his sensual repertoire to claim Jenna as his friend, his lover, his everything.

Each book in the series is a STANDALONE novel with NO cliffhanger and a guaranteed HEA!

Or every man’s fantasy.
Until I remember I’m trying to be a good man.
A single father.
One who doesn’t do casual relationships,
Let alone get paid for sex.
But for those curves and that mouth?
Any man might change his mind.

I’m new to the “adult entertainment” business.
So when I’m sent to interview for our next production,
I assume the hottie with the coffee is him.
Lord knows he’s hot enough to take a starring role.
Especially in my fantasies.
And with that accent,
The aural he gives must be ahh-mazing.

I thought a hard man might be fun for the night.
But a good man? He might be everything.

“5 Stars! I went into this expecting brilliance… and that’s exactly what I got. Compellingly authentic characters, addictive writing, smart, real dialogue, and a love story that got me in all my feels, this is new adult at its very, very best.” -Samantha Young, New York Times, USA Today and Wall Street Journal bestselling author

Attraction by Wall Street Journal and USA Today bestselling author Penny Reid is FREE for a limited time only!

One week.
Private beach.
Invisible girl.
Jerk-faced bully.
What’s the worst that could happen?
Kaitlyn Parker has no problem being the invisible girl, which is why she finds herself hiding in various cabinets and closets all over her college campus. Despite her best efforts, she can’t escape the notice of Martin Sandeke–bad boy, jerkface bully, and the universe’s hottest, wealthiest, and most unobtainable bachelor–who also happens to be Kaitlyn’s chemistry lab partner.
Kaitlyn might be the only girl who isn’t interested in exploiting his stunning rower’s build, chiseled features, and family’s billionaire fortune. Kaitlyn wants Martin for his brain, specifically to tabulate findings of trace elements in surface water.
When Kaitlyn saves Martin from a nefarious plot, Martin uses the opportunity to push Kaitlyn out of her comfort zone: spring break, one week, house parties, bathing suits, and suntan lotion. Can she overcome her aversion to being noticed? Will he be able grow beyond his self-centered nature? Or, despite their obvious chemistry, will Martin be the one to drive Kaitlyn into the science cabinet of obscurity for good? 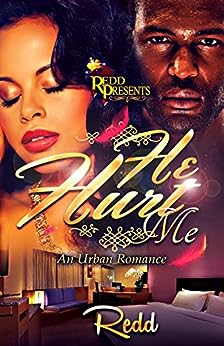 ONE CLICK FOR ONLY 99 CENTS.
FREE WITH KU!
Also in paperback
https://buff.ly/2nkwSFu

He Hurt Me is a story of love, strength, and courage.

28-year-old Angel Harris has already endured enough heartbreak in her lifetime to last an eternity. Being born to a crack-addicted mother along with her share of dysfunctional relationships with men has finally taken its toll. Will Angel finally find the love and happiness that she’s always yearned for in Andre Stokes? Or will the pain of her past continue to haunt her leaving her a broken woman forever?

Andre Stokes has been a walking dead man for the past five years due to losing his wife and unborn child. No matter how hard he tries he just can’t seem to let go of the torturous loss. That is until he sets eyes on the likes of Angel Harris. Seeing her awakens things in him that he no longer thought existed. Will Andre finally be able to let go of his past and find happiness with Angel? Or will dark hidden secrets, lies, deception, and manipulation be the nasty dish that’s served to keep the two of them apart?

Jaybeon Mitchell aka Jay-Bo has always been a proud player and has never felt compelled to be in a true committed relationship. Only love is unexpected and has no boundaries the moment he sets eyes on Princess Phillips. Meeting her causes a flame to ignite in Jay-Bo that he never could’ve imagined in all his days. Will Jay-Bo finally give up his whorish ways? Or will the love of a good woman finally change his philandering demeanor for good?

Ricky Harris has always been a straight up thug since early childhood. Having to drop out of school to support his mother and sister has always been his priority. So now that he’s grown money is and always will be the motive no matter what the cost. Pretty Ricky is blinded by the almighty dollar sign and worldly things. But when he meets his sister’s gorgeous friend Kandy he quickly begins to reevaluate his lifestyle. When the two meet the chemistry is undeniable. However, getting Kandy proves to be way more than a notion. Will Ricky do whatever it takes to make Kandy his? Or will his uncompromising ways cause him to miss out on the opportunity of a lifetime?

Time travel to 19th century France, brave the gritty streets of New York City, or enter the realm of the Fae itself in this darkly enchanting collection from today’s hottest USA Today, award-winning, and international bestselling paranormal and fantasy authors.

Find out who survives and who dies when you order 23 Shades of Fae TODAY! 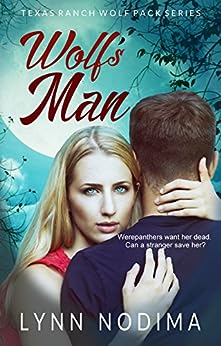 When Nate entered the cave, Garrett right behind him, he found Janelle helping Jonathan sit up. “Better?” Nate asked.

Jonathan winced and nodded. “Almost healed. Garrett’s potion seems to have helped.” He glanced down at the bandages wrapped around his torso, then shrugged. “Think I’ll always have scars, though.”

Garrett nodded. “Too much time passed for the wounds to heal invisibly.”

“At least they are healing.” Janelle steadied Jonathan while he slipped on a shirt. She grinned at him. “Some of the ladies will think it is attractive.”

Nate growled, startling himself as much as it did Janelle. Janelle laughed at him. “Take it easy, big boy. I didn’t mean me.”

Jonathan nodded. “It will be better once you have properly claimed your mate, but Koreth will never like her teasing another wolf.”

Koreth was mollified, but Nate could see the impishness dancing in her eyes. He sighed and shook his head. Learning the in’s and out’s of pack life was going to be interesting. 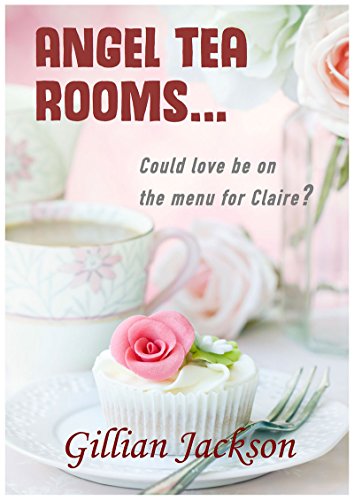 ONLY .99
The quiet, coastal beauty of Harper’s Cove captures Claire’s heart, and a new job at the ‘Angel Tea Rooms’ appears to be exactly what she is looking for, or is it simply a place to hide? Her co-workers quickly accept her as one of their own, and it seems that finally she has everything she’s ever wanted in life, but is it so easy to shake off the hurt of the past? As events begin to conspire against her, Claire receives one shock after another, and her world begins to unravel as the past catches up with the present. Is it possible that dreams really can come true and that Claire can have the future she really wants and deserves, rather than settling for second best?
https://www.amazon.com/Angel-Tea-Rooms-Gillian-Jackson-ebook/dp/B07BX323LK/
https://www.amazon.co.uk/Angel-Tea-Rooms-Gillian-Jackson-ebook/dp/B07BX323LK/