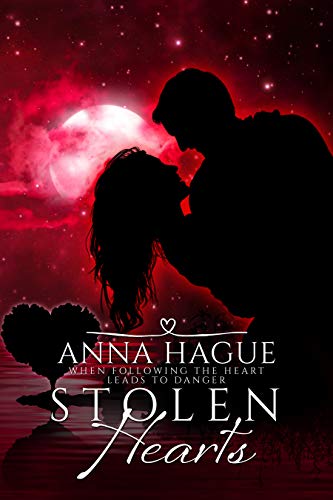 The third installment of the Heart Series, Stolen Hearts.

Haley Marcum draws the attention of a bad boy on a motorcycle, but her father’s overprotective tendencies make rendezvouses difficult. She’s sick of him treating her like a child. She’s sixteen, after all and according to her friends, very mature.

Jamey Marcum’s undercover past made him suspicious of everyone where his children are concerned. Honestly, he’s trying to give Haley more freedom, but when he spots Tyler Reynolds watching Haley, his alarm bells go off. Reynolds is no teenager and with his long hair and Harley, the guy reminds him of a past he wants to keep buried.

At odds with Haley over Tyler, Jamey believes he’s taken care of the problem, Haley disappears into the night. He’s frantic because he knows what can happen to young girls who vanish.

Finding Tyler is the first step and exacting revenge is the second.