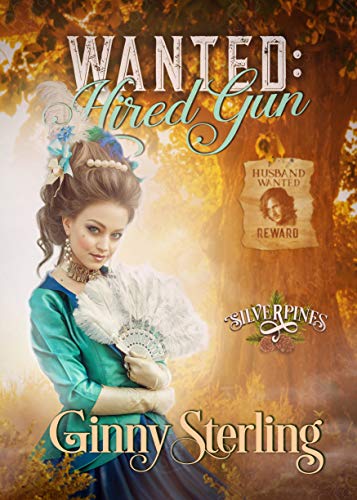 The theater is coming to Silverpines!

When Chicago actress, Posey Jones travels across country to help an ailing relative- she is immediately thrown into town at the very brink of destruction. Losing her uncle, gaining a home, and her independence- she sets out to establish her theater… only to realize she needs something special to ensnare an audience! When several women send off for husbands, she joins in with a strange request…

Garrison is tired of struggling to find a place where he fits in after a tour in the military. After several months at home, he is mistakenly arrested and sentenced to hang when the ultimate answer to his prayers is thrust into his jail cell: a letter. Now, bound for Oregon – he finds himself married to an outlandish woman that is constantly putting on an act, but when the real Posey shines through… he is fascinated with his new bride and the possible new life that lies ahead of him.

Posey and Garrison also face the herculean task in overhauling the empty building into a theater. He is mortified that his wife expects him to perform a stunt in the show that makes his blood run cold. Can the strong personalities of Garrison and Posey find a way to work together to make the budding theater and their relationship a blossoming success?