You all know how I love dragons! So look at what’s coming! Dracones Awakening from Sheri-Lynn Marean! Coming Oct 22 pre order for only .99 pennies! 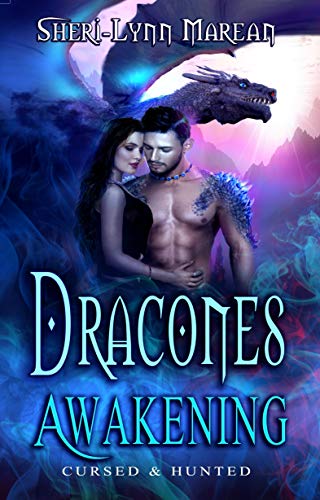 They’ve been betrayed. Two fallen angels are dead, and Tierney’s father is missing.

As a private investigator, Tierney should be able to locate him, but as an immortal on the cusp of her dragon powers awakening, she knows his disappearance isn’t human related. Have the druid witches that kill without discretion finally found them?

While Tierney searches for her father, the man she loves abandons her. Secrets and lies are revealed, and from skin and scale arises a broken beast of sorrow …

What evil will be uncloaked by ancient magic?

Get Dracones Awakening today because time is running out to feel your savage heart soar.

“Download and discover why fans call this the best, fast-paced, thrilling page-turner with a different take on fantasy and paranormal shifters!”

A spin off world, check out the Dragon Hunter Brotherhood! 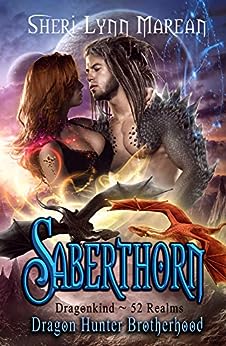 Is she his enemy …
… or salvation?

Only a soul mate can save him from turning rogue and setting humanity on fire.

When Saberthorn’s niece is murdered, his dragon cry of vengeance is heard far and wide. In days he’s eliminated all responsible, except one. The witch he seeks eludes him. Ten years later, on the verge of losing his humanity, a portal opens. The dragon in Saberthorn roars.

Could it really be her?

The hunt is on. But when he catches up to his amber-eyed enemy and she knocks him on his rear with a well placed fist, a deep craving awakens. Will Saber be able to follow through on his vow?

Hang on tight as you soar with sexy shifters because this powerful tale of love will leave you breathless.

“Download and discover why fans call this an intense tale of action, suspense, sorrow and romance that’ll keep you turning pages like crazy.” 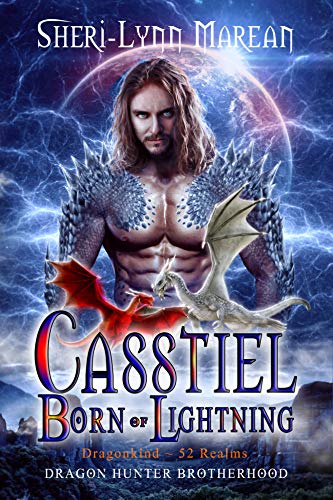 Casstiel should’ve joined his soul mate in the afterlife …

… Instead, he found himself tethered to another female.

Would fate be so cruel, or are his enemies responsible?

It has to be the Ilyium–druid witches set on annihilating all supernatural creatures—because as an immortal dragon shifter, Casstiel is only supposed to have one soul mate.

For ten long years he drifts through life in a haze of fury and severe depression, barely alive …

… until he finally meets the one holding him to this world.

Ashara. A recently escaped slave of his mortal enemy.

Stunned and lucid for the first time in years, Casstiel finds himself fiercely protective of Ashara. What’s more, he’s incredibly attracted to her. But the worst part of suddenly waking up?

The realization that he’s hurt the ones closest to him.

As Casstiel fights his attraction and tries to pick up the shreds of his life, he begins to question his desires. Can he redeem himself and fix the wrongs he’s committed?

Or is he too late?

Download this incredible, soul gripping romance and soar on an explosive journey that will curl your toes.

Fans of JR Ward, Sherrilyn Kenyon, Gena Showalter, Christine Feehan & Nalini Singh will love this heart-wrenching tale of loss and redemption. Grab tissues, your soul will sing as all things lead to love.

Available in Amazon and Kindle Unlimited