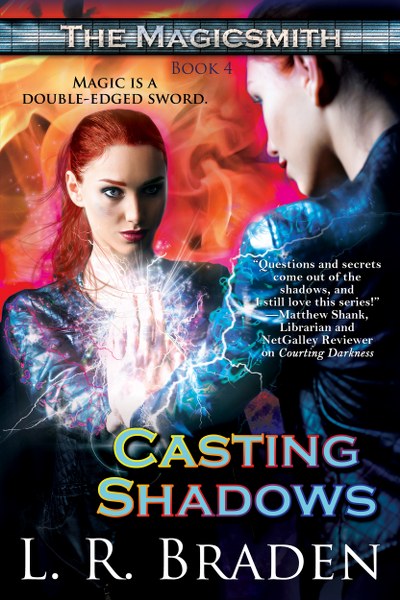 Children are disappearing.
With Purity growing in political power and bigotry on the rise across the Realms, Alex’s short-term goals are to stay under the PTF’s radar and as far from the fae Courts as she can. But her plans go up in smoke when May, the younger sister of her good friend Emma, goes missing.
The fae are involved.
Alex will do everything she can to find May, but to mount a rescue she’ll have to avoid PTF raids, conquer old ghosts, and risk coming face to face with her fae grandfather again.
War is coming.
Lines are being drawn. No one is safe. To survive, Alex will have to choose a side.
Add to Goodreads
Amazon * Apple * B&N * Google * Kobo 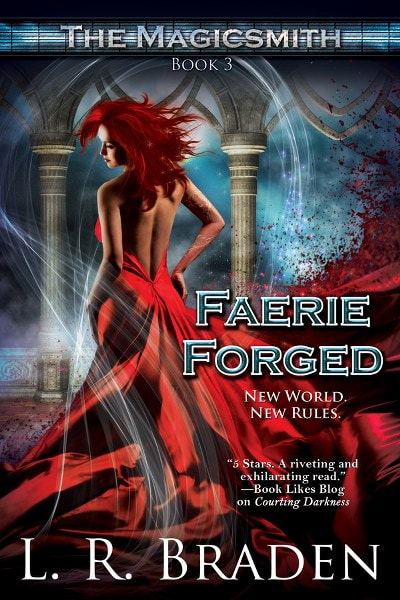 New world, new rules . . .
Alex is screwed. She’s due at the fae Court of Enchantment in less than twenty-four hours, but she’s not even close to being ready. Her job is hanging by a fraying thread. There’s a new vampire master in town. And several of her werewolf friends have been captured by the Paranatural Task Force.
She’s their best chance for release before the full moon reveals their secret, but the Lord of Enchantment is not someone you keep waiting—even when he happens to be your grandfather. All Alex can do is call in a favor, hope to hell she can survive the plots of the fae court, and hightail it home to salvage her life.
One mistake at court could change everything . . . .
“Original and riveting.”—Book Likes Blog on A Drop of Magic, Book One of The Magicsmith series
“Great plot. Lovable characters. Heart-pounding action.”—Lauren Davis, Netgalley Reviewer on A Drop of Magic
Add to Goodreads
Amazon * Apple * B&N * Google * Kobo

“A great story of murder, mystery . . . and well-developed characters.”—Margie Hager, Netgalley Reviewer on A Drop of Magic
“A Drop of Magic is a damned fun and original read, with sass, action, hot men, and a whole lot of magic.” —Diana Pharaoh Francis, author of the Diamond City Magic, Magicfall, and Horngate Witches series
Deeper into the shadows. . .
The paranatural community isn’t done with Alex. She’s been summoned to the fae court, and she’s got her hands full trying to prepare. But her date with the fae will have to wait. There’s been a death at the gallery, and the man she hoped would be a part of her future is the prime suspect.
Bitter enemies pull her into the middle of a paranatural war for territory that has her dodging police, swords, teeth, and claws—not to mention the truth. The deeper she digs, the more secrets she uncovers, and the less certain she is about the innocence of the one man she wanted to trust.
She thought she was done with murder and monsters, but she’ll have to enter the belly of the beast if she hopes to save her friend.
Add to Goodreads
Amazon * Apple * B&N * Google * Kobo

A Drop of Magic
The Magicsmith Book 1

The war isn’t over . . .
With the world clinging to a fragile peace forced on the Fae by humanity after the Faerie Wars, metalsmith Alex Blackwood is plunged into the world of the half-fae who traffick in illegal magical artifacts. Her best friend’s murder and his cryptic last message place her in the crosshairs of a scheme to reignite the decade-old war between humans and fae.
Worse, violent attacks against her and the arrival of a fae knight on a mission force Alex to face a devastating revelation of who and what she is. To catch a killer, retrieve a dangerous artifact, and stop a war, Alex will have to accept that she’s an unregistered fae “halfer” with a unique magical talent—a talent that would change everything she believes about her past, her art, and her future.
Her world is crumbling around her, and Alex will have to decide who to trust if she and the world are going to survive.
“A Drop of Magic is a damned fun and original read, with sass, action, hot men, and a whole lot of magic.” —Diana Pharaoh Francis, author of the Diamond City Magic, Magicfall, and Horngate Witches series
Add to Goodreads
Amazon * Apple * B&N * Google * Kobo

Born and raised in Colorado, award-winning author L. R. BRADEN makes her home in the foothills of the Rocky Mountains with her wonderful husband, precocious daughter, and psychotic cat. With degrees in both English literature and metalsmithing, she splits her time between writing and art.
Website * Facebook * Twitter * Instagram * Bookbub * Amazon * Goodreads

One thought on “Casting Shadows ~ #BookTour”