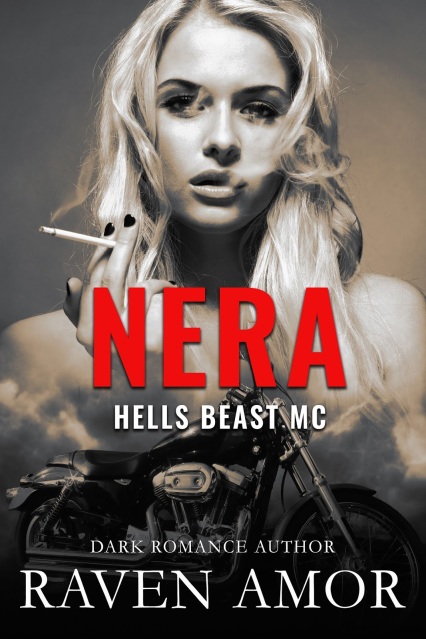 Title: Nera: A Dark Retelling
of The Lion King
Author: Raven Amor
Genre: MC/Dark Romance
Release Date: September 3, 2020
Blurb
Nera is a dark retelling of The Lion King in Nera’s POV.
Every story has two sides; you’ve heard his before.
Now, it’s time for mine.
It’s not pretty, and it’s no fairy tale.
Full of blood-soaked betrayal, it will break open your chest
and pull out your beating heart.
We will find love and lose it.
Blood will be shed, lives lost.
We will be brought to our knees, to rise once again.
This book is the stunning full story of King, the first
section was previously released in The Dark Kingdom Anthology.
You do not need to have read The Dark Kingdom Anthology to
enjoy this dark MC standalone.
WARNING: Adult content. Explicit sexual content and
violence. This a dark romance don’t expect a fairy tale.
No unicorns in this book.
ADD TO GOODREADS 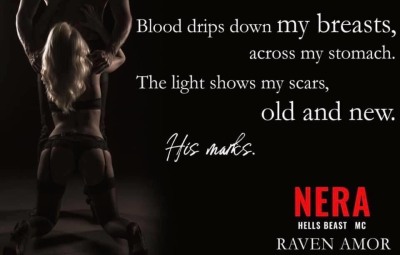 Excerpt
He made a foolish
mistake. He doesn’t see me as a threat, not the same way he did that night at
the concert when I held a gun to him. He thought that breaking me made me weak.
He was wrong, so fucking wrong. It made me thirsty for his blood. I didn’t want
to submit to him; I hungered to bring him to his knees until it consumed me.
It’s time, my demon
whispers.
I cross the room
slowly, the moon catching the metal of the blade and making it twinkle. So,
fucking beautiful.
He doesn’t stir as
something rushes through my veins, something much more potent than any drug
he’s given me. My lips twitch into a smirk, oh Joker… if only you knew what’s
coming!
My demon smirks
right alongside me, her eyes on the prize that’s sleeping in front of us.
I grab at his dirty
black hair, feeling the grease between my fingers. His eyes spring open wide,
fear comes into them the more he looks at me making my mouth water… He starts
thrashing about, that is, until he feels the blade pressing at his neck.
I smirk the way
Horse did. I can feel them all in the room with me. Beast, Cub, Horse, Cross,
and all the brothers that have lost their lives to this sick piece of shit.
“See you in hell,
baby,” I whisper, my breathing ragged as I pull the blade across his skin. Any
words he was going to say are lost in the gurgling of his blood. We watch him,
smiling, eyes never leaving his, and making sure I’m the last thing he sees as
life seeps from him.
Author Bio

Raven loves writing dark romance wrapped in suspense. She
loves finding the beauty in the pain, love in tragedy. And of course writing
those hot scenes.
Raven describes her books as darkness mixed with blood
stained passion.
Raven is fluent in sarcasm and adult language
If you can’t find Raven in her writing cave or editing hell.
Then you will find her curled up with a book lost in the words of other
authors. Raven has three daughters and one man child. All who she adores. She
comes from a large welsh family who are completely crazy in all the right
ways.
You can find Raven on Facebook and Instagram. Or hanging out
in her group Raven Rebels.
Author Links
INSTAGRAM
FACEBOOK
FACEBOOK GROUP
GOODREADS
BOOKBUB