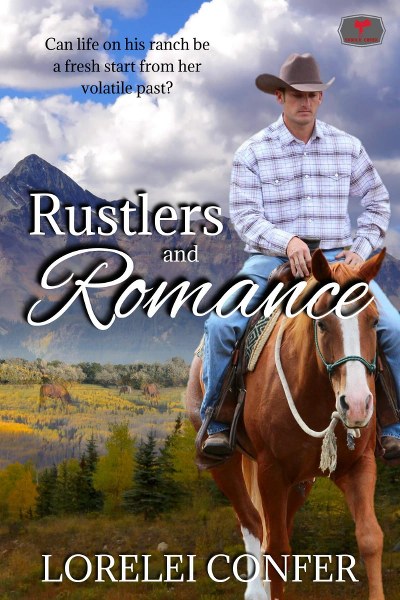 Lauren
McCray heads west to escape another beating from her ex-boyfriend,
but when he follows her, she runs again; this time jumping into the
bed of the nearest pickup truck.
When
horse rancher Chase Montgomery first lays eyes on Lauren McCray’s
bruised, swollen face, and beautiful green eyes, his first instinct
is to kiss the bruises away.
Now,
Lauren needs protection from her ex but also from Chase who finds her
irresistible. Meanwhile, his horses are missing. Who’s has the
larger threat? And how much is the sacrifice? 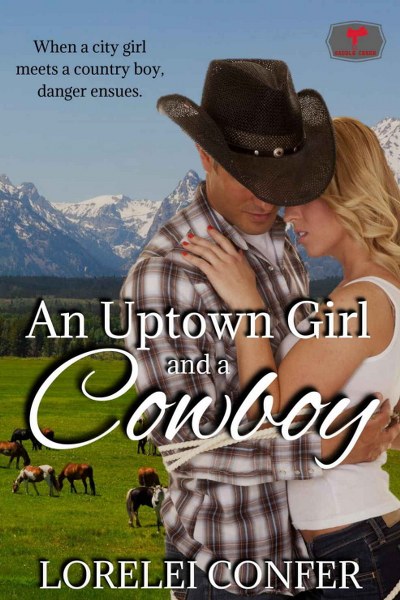 An Uptown Girl and a Cowboy
Saddle
Creek Book 2

Samantha,
a New York City girl wanna be wildlife photographer, travels to
Saddle Creek, Wyoming to begin a new life for herself. After a
horrendous travel day she meets a burly, strong-muscled cowboy who
instills in her a sexual attraction like no other. After numerous
threats on her life, Dillon comes to her rescue. Is he only offering
protection or so much more?
Elliott,
who married the love of his life and still blames himself for her
death, is wildly entertained by Samantha’s naiveté of country
life, and begins to feel again. His emotions run wild when he readily
comes to her aid to protect her from villainous terrorizations. Will
she be the one to set him free?
Although
Elliott comes to her aid, will he arrive in time to save her or will
history repeat itself and she dies in his arms?
**Only .99cents!!**
Add to Goodreads
Amazon
* B&N
* Kobo
* Smashwords 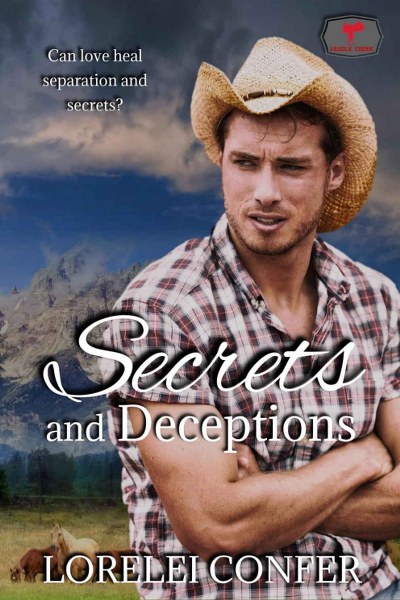 When
Avri Lawrence’s high school sweetheart answers a calling to join
the military, she’s left behind to nurse a broken heart and try to
move on but when he returns years later, her attraction to him is
stronger than ever. Now, she has a big secret, one she’s not ready
to share.
Dillon
Davidson, to prove himself, enlists in the Army but fails to predict
the magnitude of required sacrifice. After he’s captured and
tortured while on a mission, he escapes and returns home hoping for
forgiveness.
The
years of separation have taken their toll, testing the strength of
their love. Will she take the risk of revealing her secret? Can he
leave the horrors of battle behind?
**Only .99cents!!**
Add to Goodreads
Amazon
* B&N
* Kobo
* Smashwords 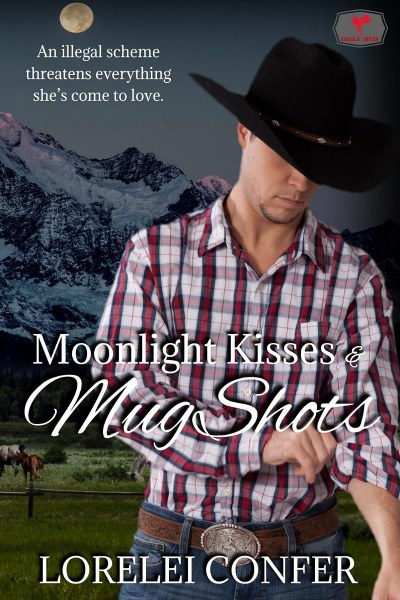 Veronica
(Ronnie) Travis, Miami policewoman, now a Saddle Creek, WY Sheriff’s
Deputy and the new owner of Travis B&B, thanks to her Aunt Sally,
who leads her on a scavenger hunt to discover her illegal
activities.
Sheriff
Mitch Rogers, a permanent non-paying guest at Travis B&B is
convinced the late owner of the B&B had secrets; big ones. And
hopes to find out what it is from his new deputy, Ronnie, If he can
only keep it professional between them.
After
Rosie’s Diner becomes a crime scene with an ensuing investigation,
Ronnie has to sacrifice everything she’s come to love and treasure,
but is Mitch included? Or is Ronnie leading Mitch on a wild goose
chase just like her Aunt Sally?
**Only .99cents!!**
Add to Goodreads
Amazon
* B&N
* Kobo
~~Feeling
the holiday spirit still? Check out the Saddle Creek Christmas
Collections!~~ 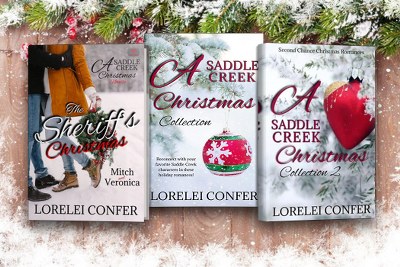 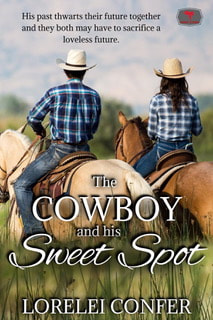 A Cowboy and His Sweet Spot

Amazon
bestselling author of romantic suspense, Lorelei Confer, has been
writing since the fourth grade. She lives on the Gulf Coast of
Florida with her husband and AJ, a longhaired Chihuahua, who are both
her constant companions.
In
2010, her first novel, Deadly Deception was published, the first in
the Deadly series. Another series, Saddle Creek, began with the first
release, Rustlers and Romance in 2016. This series is set in the
shadows of the Grand Teton mountains in Jackson Hole, Wyoming.
Mentoring
children years ago led to helping aspiring authors set goals, and
generally, meet their objective to finish the book. She practices her
own discipline every day.
After
six years as a copy editor and two years as an editor at The Wild
Rose Press, she ventured out on her own as an indie author.
Sign
up for her newsletter at https://www.loreleiconfer.com/subscribe to
receive exclusive excerpts and bonus material, receive alerts when
books are released, and take part in great giveaways.
Website
* Facebook
* Twitter * Instagram
* Bookbub
* Amazon
* Goodreads