Novella Trilogy Blurb:
The old woman’s enemies had taken her most precious possession—her son, Carlo. He was lost to her now. Lost by trickery and deceit. But the three people who had cut out her heart would pay in kind. They would feel the pain she had felt. For they each had a son: Wyatt Boudreaux, Garner Rousseau, and Andrei Sobatka. Each would suffer a fate worse than death. A fate that would follow him till the end of his days.

Gypsy Magic: Wyatt…Garner…Andrei…each of these compelling stories ends with an HEA for the hero and heroine. But only the full set will finally get to the bottom of the murder mystery. Be sure to read them all!

Aryn “Beck” Becker has given into his deepest desire.

He’s submitted to the one man who can bring him to his knees, Caden Mitchell.

Caden’s been away working on his latest project and Aryn is lonely. His loneliness incites thoughts of all the things he wants more of with Caden. But is Caden willing to give him more?

With the secrets of their pasts revealed, Aryn worries Caden has already given his heart away forever.

Then Caden returns and everything changes.

Can Aryn live with Caden’s command when he wants so much more from him? Will Aryn and Caden find love and happiness to last a lifetime or will their individual desires pull them apart?

Only 99¢ for a #LimitedTime 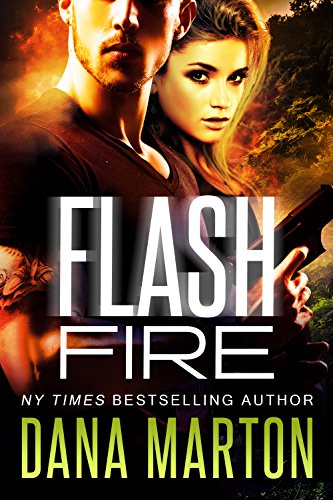 FLASH FIRE:
Former SEAL turned lawless mercenary Light Walker just wants to be left alone to avenge his brother’s death. He wants nothing to do with Clara Roberts, a by-the-book investigator on a secret mission, who is trying to talk (cough) badger (cough) him into helping her recover an American teenager who’d disappeared abroad. Clara Roberts isn’t crazy about the uneasy partnership either. How can tequila-swilling Walker be her best option? And, dear Lord, the things that come out of that man’s mouth! Soon the sparks they generate–and the trouble they stir up–threaten to set the jungle ablaze. But as attraction grows into love, looming danger turns into all-out war. Clara and Walker must hold on to each other and race against time to survive. Fast-paced, heart pounding, laugh-out-loud funny. Get ready for a wild adventure!“If you enjoy books by Nora Roberts, Linda Howard, Cindy Gerard, or Anne Stuart, you will love Ms. Marton’s books…an outstanding read of danger, action, thrills, heartbreak, and mystery in this fast pace action thriller.” Page by Page ReviewsON SALE FOR A LIMITED TIME –If you love romantic thrillers, don’t miss this fast-paced, heart pounding jungle romance. Scroll up and grab a copy today.

Hurry up and get your copy of this #gay #paranormal #romance from Amazon!

After being abandoned by his mates, Shiki Kirishima, beta of the Dragons of the Fang werewolf tribe, returns to his home in Tokyo. Overwhelmed by grief, he decides to end it all by going into Siberian Killer territory and challenging the tribe to a battle to the death.

The Killer’s beta, Ganzorig, grasps the potentially disastrous consequences of his tribe killing Shiki, and saves him instead. Having suffered loss, Ganz takes it upon himself to help Shiki deal with his pain, then return him safely to his tribe.

Shiki’s best friend since childhood, Blake, is as determined as Ganzorig to show him there is life after a wolf’s ultimate loss, that of a mate.

Once Shiki leaves the seclusion of Ganzorig’s compound and returns to Tokyo, Blake is the only person he allows near. Blake is more than happy to give Shiki space to lick his wounds and deal with everything in his place. Shielded from his responsibilities to his family and tribe, and cocooned in Blake’s care, Shiki thrives on his journey to healing.

As the real world pushes its way in, with competing tribes causing trouble, children to worry about, and exes to deal with, will Shiki be able to cope or will he spiral back to a state of pure misery? And is there room for more than friendship between him and Blake?

Confirmed bachelor Max Sterling isn’t into rescuing damsels in distress, but when the very tempting Hailey Ellison needs his help, there’s only one thing for him to do. Step in and pose as her loving fiancé. Except there is nothing fake about his attraction to her, or how much he wants her beneath him in his bed, moaning his name. But what starts as a sexy, flirty, temporary engagement, quickly becomes something more serious that neither one ever anticipated.