Look what I found!

Priced at .99 for a very short time so fans can grab it. All six of Terry’s bestselling series of dragons. Hope you enjoy!
https://www.amazon.com/dp/B06XX4FH56/ 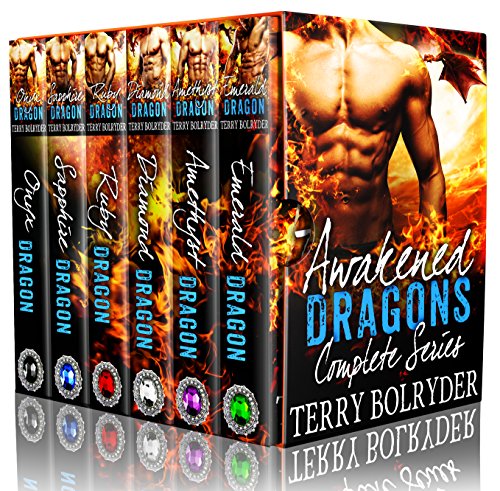 Sweet Tea and Handcuffs by Arlee Scott
Dan Everett has a secret…one his co-workers would never suspect. In Savannah for a medical convention, he arranges an evening with the beautiful Mistress Belle-the Southern lady he has dreamed of all his life. Will she be the one to fulfill all his fantasies? Will she be the one to bring him to his knees?

A Few More Rules by Dorothy F. Shaw
Bethany knows immediately that Rig is the sort of man she could only dream of–strong, submissive and meant only for her. But is Rig strong enough to let her lead him to the place he was always meant to be?

Letting Go by Lacey Wolfe
The rules were simple and the night promised to be one to never forget. All Scarlett had to do was let her guard down and have a little fun.

Distracted by Ella Jade
Nightclub owner Avery Giles just signed his ticket to freedom… divorce papers. Swearing off women for a while sounds like a good idea until a beauty from his past changes everything. Faith Mitchell is determined to celebrate her college graduation with a night out. She’s spent years studying, working, and focusing on the future but never doing anything adventurous, daring or memorable. When Faith reconnects with Avery, she realizes she’s still attracted to her teenage crush. Will she lower her inhibitions? Is Faith the distraction Avery needs?

Sexy Surprise by Marie Tuhart
Eric Montgomery has had the hots for Marina Landers for over a year. Now they’re thrown together as best man and maid of honor.
Close proximity to the sexy best man has left Marina Landers desperate for release, and when Eric offers her the opportunity to find out if the rumors about his domineering ways are true she jumps at the chance.
Once the fling is over, Marina plans to walk away, but Eric has other plans.

Behind Closed Doors by Cooper McKenzie
No one who knew Alaina Rowen would label her as a wild woman. They didn’t know that under her prim and proper clothes she wore silk thongs and lace thongs with push up half cup bras and body hugging silk corsets. No one knew that behind closed doors Alaina was a slut who rarely wore clothes and liked to play with the variety of sex toys she’d collected. That is until Gray Woolphe saw her from across the river and decided to answer her birthday wish for a man to replace her latest toy.

Kitten’s Cotton Candy Clouds – Sidda Lee Rain
There’s too many reasons why I shouldn’t want her…
Yet, I do.
She make’s me crave so many things I never knew I even wanted. And, not even the fact she’s my best friends daughter will keep me from taking my Kitten home. 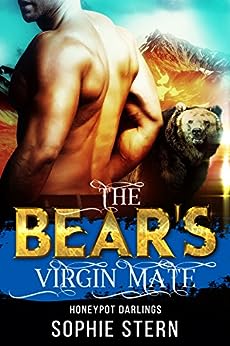 Royal Scandal by Marquita Valentine is just 99₵ for a limited time only!
Grab your copy today!

Fairy tales do come true–and so do tabloid scandals! New York Times Bestselling author Marquita Valentine kicks off a juicy contemporary romance series with a novel about a prince whose best-laid plans go deliciously awry when he marries the maid next door.

Forced to flee to the United States with his siblings after their parents’ assassination, Crown Prince Colin Sinclair takes it upon himself to become the caretaker of his family while hiding out near Charlotte, North Carolina. But after a decade in hiding, the secret’s out and Parliament demands that Colin wed a princess of their choosing. Unwilling to play their game, Colin decides to marry an American instead, and he has the perfect candidate in mind.

As a home-service professional, Della Hughes doesn’t believe in storybook endings. But when her best friend and secret crush reveals that he’s a flesh-and-blood prince, she doesn’t know what to think. Still, she’ll do anything for Colin, including becoming his wife–in name only, of course. But when their plans to stay purely platonic go by the wayside, their fake honeymoon turns all too real. After a week of white-hot nights, Della can no longer deny her feelings–not with a happily ever after so tantalizingly close.

Dirty Sexy Saint by Carly Phillips and Erika Wilde is FREE for a limited time only!
Grab your copy today!

Are you ready to get Dirty Sexy with a Saint?

Clay Kincaid knows he’s more a sinner than a saint. Especially when it comes to women. With a rough and damaged past that has left him jaded, he doesn’t do committed relationships. But he does like sex—the hotter and harder, the better. He likes it fast and filthy, which is why he refuses to even touch someone as sweet and guileless as Samantha Jamieson. Until he discovers that she likes it just as down and dirty as he does.