Just Friends by New York Times Bestselling Author Monica Murphy is FREE on iBooks for a limited time only!

Read for FREE on iBooks Today!

But things aren’t always what they seem. Em’s turned into a drunken mess who parties too much. Dustin and I have hooked up a few times―and now he’s ready to take our relationship to the next level. Yet I’m not sure I want things to change. I’m scared if I take it any further with Dustin, our friendship will be ruined forever. Then there’s Ryan. The new guy. He’s hot. He flirts way too much. And Em has totally set her sights on him.

#CheatCodes by Emily Goodwin is now up for pre-order for just 99¢!

Pre-order your copy today, and prepare to find out why readers have been completely swept away in this #MustRead #ContemporaryRomance!

Archer has always wanted what he can’t have—Quinn Dawson. Since the moment he saw her, he’s been denying his feelings for her, ignoring the void in his heart he knows only she can fill.

Everything about them was wrong, the kind of wrong that felt so right. But none of it mattered. Not the terrible timing. And definitely not the mess it would create if Archer made a move on his best friend’s baby sister.

It was supposed to be one night, but one night is all it takes to make everything more complicated, and they only have nine short months to sort it all out.
No, none of it mattered. Until it did.

**Cheat Codes is book one in The Dawson Family Series.**

“One of the best debuts ever… The writing is phenomenal!” – Amazon reviewer

I’m the Jackpot of all Men.
The Jackhammer of all F*cks.
The Jack of all Trades.

If you haven’t guessed it yet, name’s Jack.
I’d been called other things.
Arrogant. Raunchy. Tats. Punk.

For seven years, I gave up my freedom for a crime I didn’t do.
Why? Money, retirement, dreams.

When it’s time to leave prison, my cellmate asks me for a favor–a promise.
Find his sister, give her a letter, and leave. Easy, right?

Nothing about Ahri was easy.
She’s a stubborn beauty, an intoxicating mystery, and a feisty fury.
She’s a hot mess with a life to match it. Two full-time jobs, school, no sleep, and a diet composed of ramen and energy drinks.
She was nowhere near perfect. But perfection was overrated, and Ahrianna Lore was underrated.
⠀⠀⠀⠀⠀⠀⠀⠀⠀
I went along with the lie of who she thought I was.
Just some guy looking at the apartment next door.
It was supposed to be an easy find, tap, leave.
But curiosity got the best of me, and old habits came crawling out.
⠀⠀⠀⠀⠀⠀⠀⠀⠀
One of which involved me coming out of retirement.
⠀⠀⠀⠀⠀⠀⠀⠀⠀
Have you ever heard the story about the Jack of Hearts whose heart was stolen by a beautiful thief? No? Well, you’re about to.

Prison Promise is a standalone dark romance with no cliff-hanger and a guaranteed HEA. This book contains steamy and graphic material that might be offensive for some. 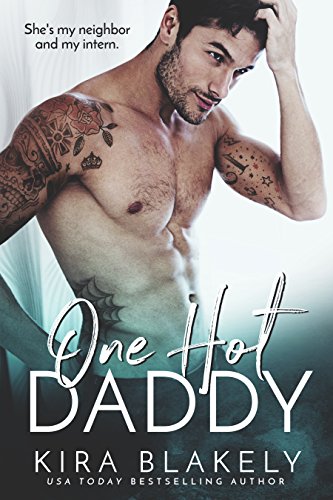 I want to shove her against the wall and f*ck the innocence right out of her.

There’s just one problem.
She interns for my company and we have a no fraternizing policy.
As a single dad, I don’t have time to get wrapped up in scandal.
This is going to be… hard!
Imagine my shock, ok, desire, when I stumble upon her in the elevator where I live and find out she’s just moved in.
I can’t take it anymore. Her firm breasts, peeking out beneath her business suit. Her bright smile, greeting me, making me hard the minute she looks at me.
It’s too much!
This is so wrong. And WTF was I thinking making a no-fraternizing policy?
Well, we know which head will win this battle. I’ve been wearing the good guy hat too long.
F*ck being Mr. Nice Guy. Nice guys finish last.
I’m going back to the old me. I’ll show her what a real man is like.
I’m going to finish. Again, and again. 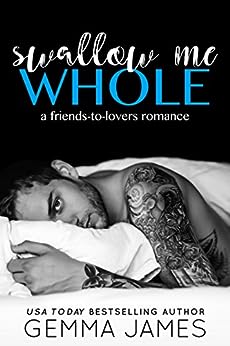 Sadie Sawyer wants to learn how to blow a guy.

She’s my sister’s best friend.
The girl I’ve known since grade school.
The girl I’ve always considered off-limits.
She’s the girl that crawled under a table in a bar one night and changed everything between us. Now the brain in my pants is more than willing to step up. The rules are simple.

No kissing.
No screwing.
No falling in love.

But the more I let her use my body in the name of experimentation, the more I know being friends isn’t enough. Is it too much to want it all with her?

The taste of her lips.
The sweetness of her innocence.
The chance to earn her love.

I might have a real shot with her…if her douchebag ex and my past don’t ruin everything.

Note from the author: Swallow Me Whole is a friends-to-lovers standalone romance. Full-length at 77,000 words. 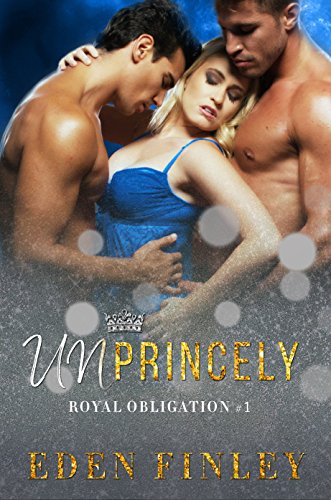 A bisexual prince isn’t the only scandal in this palace.

Destined for the crown he doesn’t want.
Bad boy Alexander hates his title. He’s the tabloids’ favourite hot mess. Xander thrives in the attention but wishes they’d leave those rumours about him on the editing room floor. The ones about the type of company he likes to keep.

Irresponsibility takes a backseat when tragedy strikes the royal family. Gone are the days of being the reluctant prince. Instead, duty and obligation become Xander’s life. Until he meets Delia.

Not as lady-like as she seems.
Lady Cordelia Hillington was raised right. She knows how to act appropriately in public and appear demure in front of the dignitaries she grew up around. Which is why Prince Alexander is taken aback by dirty promises falling out of her mouth at a charity event.

After a steamy night at an anonymous, high-end sex club with a handsome stranger wearing a mask, Xander and Delia are desperate to find their Cinderella man. Little do they know, he’s closer than either of them would suspect.

Determined to remain professional.
Roman Elliot, former soldier turned royal guard, has kept his feelings for the prince a secret for years. His job is everything to him, and he’s not going to do anything to jeopardize it. That’s the plan until he finds Prince Alexander at a sex club with none of his security detail accompanying him.

It’s a night Roman wishes he could forget but being assigned as Delia’s protector for the summer makes it hard. He can’t let them know it was him they spent a night with, but he gets the feeling both Xander and Delia already might know …

**Unprincely is a 54,000-word MMF contemporary royal novel with over the top characters, impromptu proposals, and just a touch of Cinderella-ism. HEA guaranteed.**