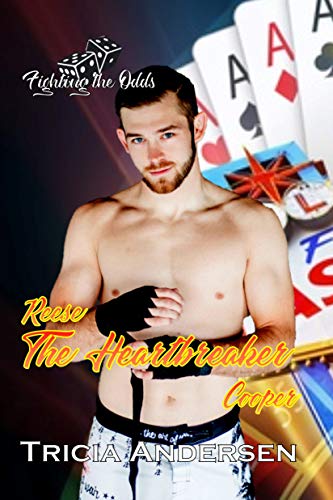 ~~The Heartbreaker (Fighting the Odds Book 1) FREE on Kindle Unlimited!~~

Braden, Iowa is the last place on earth Reese Cooper wanted to be but a devastating injury in the octagon forces the MMA fighter back to the small town he once called home. He barely steps foot on Main Street before he is reunited with Lily Dixon, the town librarian and the girl who possessed his heart since they were in kindergarten.
Every day in Braden is the same for Lily Dixon. That is until Reese Cooper walks back into her life. With his chiseled, perfect body and dreamy blue eyes, he steals her heart just like he did when they were kids. His kisses, his touch are far better than any fantasy she’s ever had about him. Is she willing to risk everything when her preacher father finds out about her love affair with the town bad boy? And what will happen when Reese goes back to Vegas, leaving her alone in Braden without him?

“This book was everything. More than perfection.” – Goodreads reviewer

“Explosively wicked and devastatingly manipulative, Preach is a masterpiece” – Obsessed by Books

Church Logan wanted to kill someone, and Emma Hartley wanted to die – they were a match made in hell.

But one little cut, a pint or two of blood, and suddenly everything between them is different.

Are they still destined for greatness? Or has the darkness finally eclipsed them and torn them apart?

Looks like it’s time for Church to practice what he preaches.

Warning: if you have triggers – this story will touch on a lot of them. This book is a dark romance, 65,000+ words. 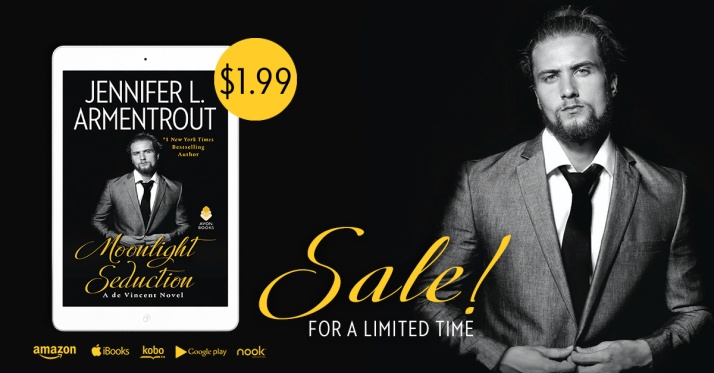 Moonlight Seduction from Jennifer L. Armentrout is $1.99 for a limited time!

Nicolette Bresson never thought she’d return to the de Vincents’ bayou compound. It’s where her parents work, where Nikki grew up . . . and where she got her heart broken by Gabriel de Vincent himself. Yet here she is, filling in for her sick mother. Avoiding Gabe should be easy, especially when so much of Nikki’s time is spent trying not to be stabbed in the back by the malicious hangers-on who frequent the mansion. But escaping memories of Gabe, much less his smoking-hot presence, is harder than expected—especially since he seems determined to be in Nikki’s space as much as possible.

Gabriel spent years beating himself up over his last encounter with Nikki. He’d wanted her then, but for reasons that were bad for both of them. Things have now changed. Gabe sees more than a girl he’s known forever; he sees a smart, talented, and heartbreakingly beautiful woman . . . one who’s being stalked from the shadows. Now, Gabe will do anything to keep Nikki safe—and to stop the de Vincent curse from striking again.

HEAT UP YOUR NIGHTS! 10 steamy books from bestselling authors fill this limited-time winter boxed set! If you love alpha heroes and sexy romance, this one’s for you…

WINTER NIGHTS is a brand new boxed set for the season as a gift to our readers and to introduce you to new series to love!

Elements of Chemistry by Penny Reid

More Than Want You by Shayla Black

Survival of the Richest by Skye Warren

The Space Between by Kate Canterbary

Her Seductive Dare by Lena Hart

Bidding on Brooks by Katy Regnery 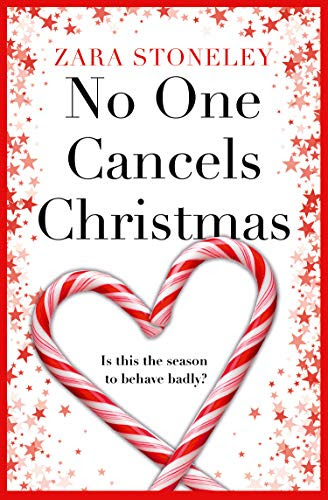 Holiday Romance
No One Cancels Christmas

It’s the most magical time of the year, and for travel agent Sarah it’s also the busiest! But this year one man threatens to ruin Christmas for Sarah’s customers – Mr Grinch, Will Armstrong.

The Shooting Star Mountain resort is a magical place, and Sarah has fond memories of Christmas here as a little girl. But as the resorts new owner, Will refuses to play snowball or to deck the halls with anything remotely resembling jolly!

With customers complaining their Christmas is ruined, Sarah decides it’s up to her to convince gorgeous but Scroogey Will just how magical Christmas can be… 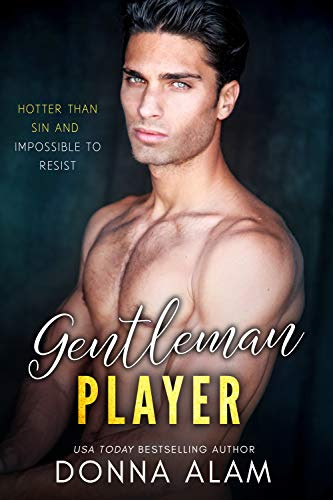 The best way to get over a man is to get under another one? Not for this girl. Check out my break-up list: 1. Get a new job. 2. Move away. 3. Don’t add a new man to this list. There’s no way I’m risking my heart again. Until I meet a man hotter than sin, and impossible to resist. At least, that’s what I tell myself when I wake up naked in his hotel suite…Read More 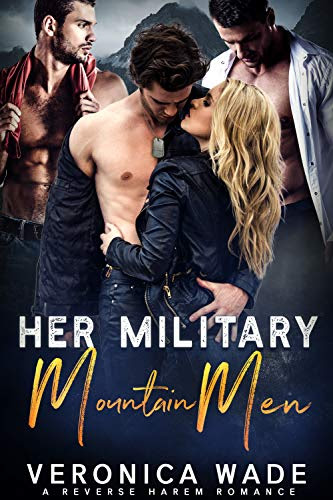 When a blizzard overcomes my car, I find myself rescued by three men: each one hotter than the last. Sure, I’m snowed in with gorgeous guys, but I never thought things would get this… close. And I’m tempted to see where this goes. Can I win over the surly one? Snuggle with the softie? Seduce the sexiest? And they want to play too…Read More 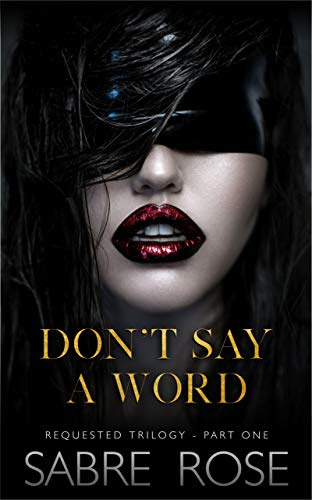 Dark. Twisted. Intense. The first part in a rapid release trilogy, this captive romance will send shivers down your spine. Mia Cooper has been taken by a man unknown to her. But he is not the one who holds her captive. Not whose voice commands her. Not who watches her with a storm raging in ocean-blue eyes. It is her captor who knows every inch of her body…Read More

Next to Me (A Love Happens Novel Book 1)

A woman on the run. A man afraid of nothing. A plan as old as time. It’s perfect. Until… A woman falling in love. A man already there. A past that won’t be ignored…Read More

Officer Darina Lazitter is assigned to protect genius scientist Doctor Foster Ashby as he attempts to find a cure to a deadly plague unleashed on the world. The job is simple – get Foster safely back behind Emerge Tech’s walls. Shielding him from her heart, however, is proving harder than shielding him from the enemy…Read More