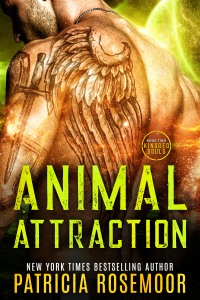 Detective Ethan Grainger is horrified when a public official is found dead in the park, killed by an animal. He immediately fears it’s a shifter kill and heads for The Ark, where he seeks out Nuala Lazare, a Kindred pregnant by Ethan’s late partner Shade. He’d come to terms with Chicago’s supernatural underground, but because Nuala holds him responsible for Shade’s death—and because he is attracted to her—he’s avoided her until now.

Ethan is the last man Nuala wants to see, and she has enough to deal with being near term and realizing her fatherless child will be a half-breed like her brother Luc, who experienced tremendous prejudice and guilt while growing up. She plans to move from The Ark to live like a human for her daughter.

Ethan must keep Shade’s child from being corrupted by the criminal element of the Kindred Lazare clan. Which means he must get close to Nuala—not an easy task. As they get to know each other, their attraction becomes unbearable. Will Ethan keep his loyalty to his murdered partner or succumb to the irresistible temptation of his chemistry with Nuala? 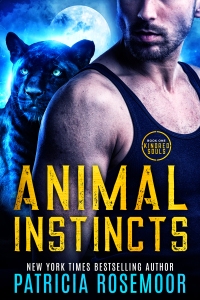 Half-human, half-Kindred, Luc Lazare doesn’t want more complications in his life. He’s focused on protecting his shapeshifting family and love is the last distraction he needs.

Skye Cross has the ability to talk to animals. Her most recent animal rescue mission–stopping an alleged dog fight–actually involved shifters in a primal battle. Her investigation leads her to Luc, a man whose powers both unsettle and intrigue her. Skye quickly finds herself caught in a dangerous world she never knew existed, while relying on a man she couldn’t possibly trust.

Coming from two different worlds, can Luc and Skye overcome the obstacles fated to keep them apart? 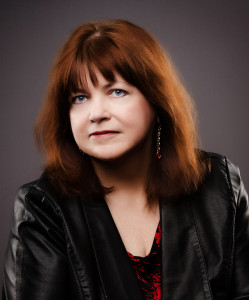