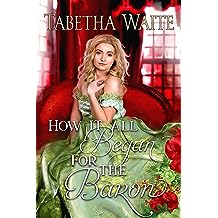 How It All Began For the Baron (Ways of Love Prequel)

All it takes is a little Christmas spirit for love to appear.

Lady Cassiopeia Ashcroft never really liked her brother’s friend from Eton, but when her grandmother told her that Lord Gregory was coming home with Rion for Christmas, she decided that she would make the best of it – as long as he stayed out of her way. But the moment he stepped out of the carriage, she knew that this time, things would be different. Not only had Gregory matured and become rather infuriatingly handsome since she’d last seen him, but he also made her feel things that she never thought possible. And that was dangerous.

Lord Gregory Dawson never really considered Cassie to be anything other than Rion’s annoying older sister, but time had changed the girl he knew into a rather enchanting woman – so long as she kept her razor-sharp tongue inside that lovely head. He could think of many other uses for it, but he knew she was firmly off limits. The trouble was that he couldn’t seem to keep his hands to himself. 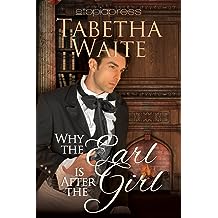 As a lively, Christmas house party begins to commence they finally start to succumb to the attraction between them. But when sudden tragedy breaks them apart, is their love strong enough to withstand the storm?

A missing heirloom. A stolen inheritance. Can love conquer mistrust?

Athena Hawthorne never imagined that she would lose everything she’d ever had. But after the death of her father, his prosperous jewelry store is sold off to pay his supposed debts. Athena, now destitute, embarks on a mission to discover the truth, but circumstances force her to accept an offer from a handsome stranger to work as a governess. She’s determined to clear her father’s name, but a certain earl is making matters far more difficult than necessary. And she can’t be in danger of losing her heart to a member of the aristocracy…

Orion Ashcroft, the Earl of Rockford, is convinced that Athena is a grasping thief who stole a priceless family heirloom, the rare sapphire known as the Couleur Magnifique. When he offers her the position of governess to his sister’s children, he only intends to catch her in some nefarious scheme and get back the sapphire—his grandmother’s dying wish. But he soon discovers that keeping his distance—and his sanity—around the beautiful Athena isn’t as easy as he’d planned. It certainly doesn’t help that his sister and his best friend plead her innocence at every frustrating turn. Soon he’s struggling between honoring his promise and his growing attraction to Athena.

But there’s danger closer than either expect. Even a masquerade can’t hide Athena from the curiosity of the ton forever…and there’s a threat hiding among the highest members of society… 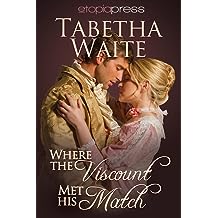 Where the Viscount Met His Match (Ways of Love Book 2)

Secrets. Lies. And a second chance at love…

Torn from the only man she’d ever loved by a tragic secret, Mara Miller has traveled a long and difficult road. From poverty and the workhouses, she’s finally made a life for herself as the owner of a small haberdashery in London. With her companion, Big B, an African slave she’d helped escape from a Brazilian slaver, she’s made a fresh start. But when the past walks into her shop—in the form of the ever-handsome Roarke Garrott, Viscount Eversleigh—Mara feels her whole world crash to her feet. Thrust back into a web of lies, deceit, and manipulation, Mara is forced to face the one man she’d sworn to forget.

For the past seven years, Roarke had sequestered himself in India to mourn Mara’s death. Vowing to move on and put the past behind him, he returns to London, only to find himself gazing into those beautiful green eyes he believed he’d never see again. Now he’s found her—alive and trying to deny who she was. A million feelings wash over him. Joy. Fury. Heartbreak. He would have the truth from her—of where she’d gone, and why—but when trouble from the past finds Mara and Big B, the truth becomes secondary to saving Mara’s life. After just learning that the woman he’d loved is alive, Roarke is not about to lose her again… 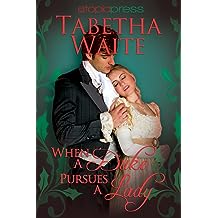 When a Duke Pursues a Lady (Ways of Love Book 3)

An innocent woman. A loyal agent to the Crown. A path of deception that tests the bonds of love.

After three years trapped in an abusive and loveless marriage, Lyra Coventry has been arrested for the murder of her husband, the Earl of Weston. Although she’s innocent of the crime, she has no one to turn to for help, until Alister Ayles, the Duke of Albright, comes forward to offer his aid. The handsome duke takes her into his custody, saving her from a jail cell. But Lyra doesn’t suspect Alister’s ulterior motive—to prove her guilty of treason—as she slowly loses her heart to a man who is far more than he seems…

Alister Ayles leads a secret life. To the ton, he is a dullard, the subject of ridicule. But as a highly respected agent for the Crown, he’s discovered a higher purpose by protecting his country. Now he’s faced with his toughest investigation to date, uncovering a plot against the Crown…and discovering whether or not Lyra, the woman he let slip through his fingers years ago, is a traitor. Nothing is as it seems, and as the plot unravels, the dangers to them increase. He struggles to keep his feelings for her contained, but when it comes down to a test of loyalty, will he stand strong, or fall prey to his desires? 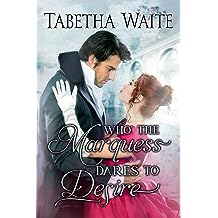 Who the Marquess Dares to Desire (Ways of Love Book 4)

A man bent on revenge. A woman with a shadowed past. Together, they must face down a common foe.

Miss Clara Upton has always been different. Society shuns her for her mismatched eyes. But when she is offered the chance at a proper London season, she isn’t about to waste a good opportunity. She knows the odds of ensnaring a husband for herself are rather slim, but she vows to do whatever is necessary to give her twin sister, Cora, a better life. So, when a shady figure from her childhood resurfaces, threatening her with blackmail, Clara has no choice but to comply with his demands or suffer the consequences. As she ventures out one fateful winter night, she comes face to face with an adversary of a different sort, a rather seductive marquess who doesn’t know when to mind his own business…

Drayven Hollowell, the Marquess of Sussex, has only had one objective in life – bring down the criminals responsible for murdering his parents and shattering his world. He joined the Home Office as an agent in order to utilize all of the resources at his disposal, but his quest for retribution has yet to be fulfilled, as one man has continued to elude his clutches. Now, just as it seems that vengeance is finally in his grasp, he stumbles across a woman who is just as intriguing as she is lovely. When he uncovers a shocking discovery, he has to make a choice between justice and the woman who’s slowly stolen his heart.