Love With a Side of Crazy 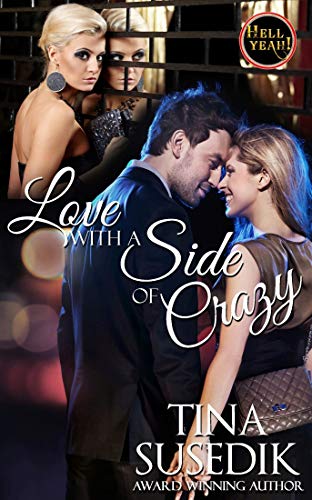 To afford sending extra money to his parents to help with the care of his invalid brother, Brent Hopkins, an accountant by day, works as a male stripper at night. When a crazed fan pulls him from the stage, his injuries send him for an extended stay at a rehabilitation center. During his months at the center, mysterious angel statues and other gifts begin to appear in his room. A break-in at his apartment, leaves him feeling vulnerable. Is he going crazy or does he have a stalker?

Marie Phister, a physical therapist, was at the club the night Brent is yanked to the ground and takes care of him until help arrives. Later, as his physical therapist, she doesn’t let on that she is aware of his identity. As their mutual attraction grows, a stalker threatens their relationship.

Is her stalker and Brent’s, one and the same? Can they solve the mystery before it’s too late?