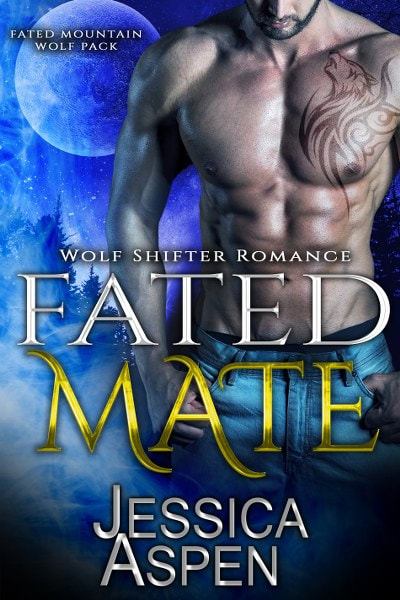 I’ve been abandoned. Left on the side of the road with a Rocky Mountain storm on the way and the only person I can turn to is a stranger—but Aaron has his own secrets…
When Gwynn’s dad sells her off to pay his gambling debts the only person she can turn to is a stranger. But how is she to know her knight in shining armor is actually working for the bad guys?
Aaron’s been forced to work for a criminal for too long, he’s just counting the days to freedom. When the opportunity rises he’s ready to jump. The only problem is—in order to get what he wants he has to betray a stranger. Too bad she’s his fated mate…
Now, Aaron has to save Gwynn, keep the pack lands the boss has promised him, and convince the only woman he’ll ever truly love that fairy tales are real—and so are wolf shifters…
For sexy Shifter Romance you can’t put down…
Buy FATED MATE today.
Discover your new pack—Fated Mountain Wolf Pack…
Come to Colorado where the rivers run cold and the alphas run hot!
Add to Goodreads
Amazon * Apple * B&N * Google * Kobo * Website * Books2Read 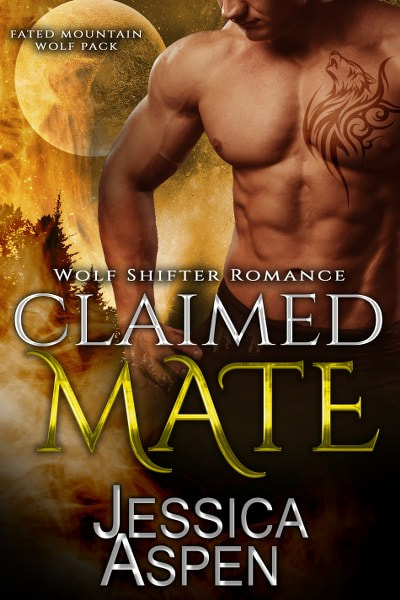 Mistaken identity. An accidental kiss. And the mating fever begins…
When the sexiest woman alive walks up to Gabe and demands to make love, he knows he’s met his fated mate. But will falling head-over-tail for Serena turn out to be the biggest mistake of his life?
Serena’s move to Colorado isn’t going as planned. Her new boss hates her. She’s falling in love with the wrong twin. And a stalker is sending her roses.
Now both brothers are suffering from mating fever but only one man is Serena’s fated mate.
If Serena can survive the obsessive love of a stalker one brother will have the mate of his dreams. And the other—a chaotic fall into the wild…
Sexy Shifter Romance you can’t put down…Buy CLAIMED MATE today.
Fated Mountain Wolf Pack…
Come to Colorado where the rivers run cold and the alphas run hot!
For Sexy Shifter Romance that you can’t put down…Buy CLAIMED MATE today.
Add to Goodreads
Amazon * Apple * B&N * Google * Kobo * Website * Books2Read 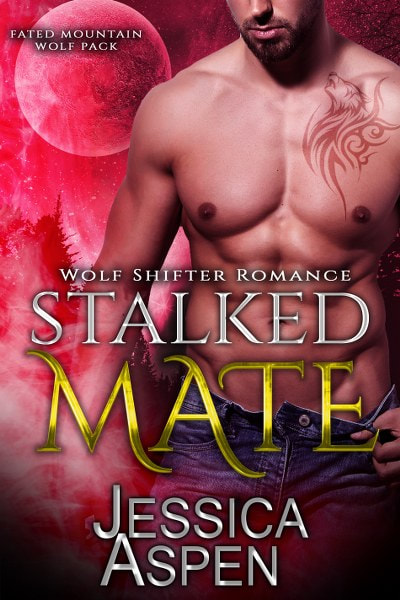 It was just another ordinary day for Glenna…until she was violently attacked and thrown into a world of wolves—a world she never knew existed.
Now she’s hell-bent on escape.
After nearly going wild wolf, Sam Wulfric is back and sane—mostly. The last assignment he wants is babysitting a new wolf shifter—and all the chaos that involves. Even worse, she’s one of the sexiest women he’s ever seen. And to top it all off—she’s driving his wolf crazy.
But everyone from the US Government to an unknown assailant is after Glenna and Sam’s instincts take over. Now, he’ll do anything to keep Glenna safe—even if her new found mating urge drives him over the edge.
Sam’s already found and lost and he’s hell bent on never going through that again. But fate has other plans…
Sexy Shifter Romance you can’t put down…
Buy STALKED MATE and discover your new pack today.
Fated Mountain Wolf Pack…
Come to Colorado where the rivers run cold and the alphas run hot!
Add to Goodreads
Amazon * Apple * B&N * Google * Kobo * Website * Books2Read 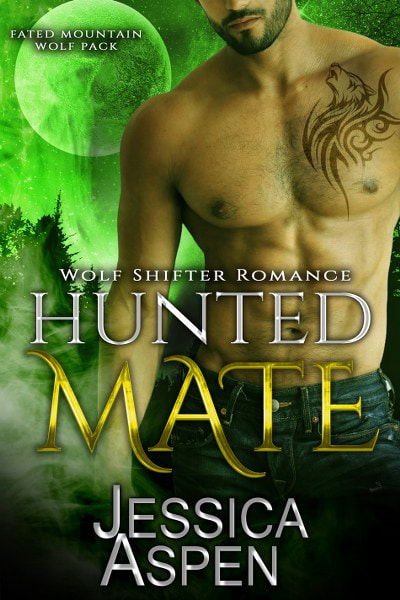 A forbidden love…Too many secrets….Fated to be Mates…
Glimpses of her dead sister push Sarah to leave the safety of her rich, privileged life, and venture into the dark. But when pursuing the truth leads to more than she’s bargained for…she risks not only her life, but the life of her sister—If Glenna is still alive…
Rico’s been tasked with keeping Sarah out of harm’s way—as well as hide every detail of her sister’s new existence as a wolf shifter. But how can he do that when sexy Sarah is determined to turn over every rock and hunt out the pack’s secrets? And when a mysterious informant contacts Sarah—Rico knows she’s in danger.
To protect Sarah, Rico risks his job, his status in the enforcers, and his life. But most of all…he runs the risk of losing his fated mate.
Sexy Shifter Romance you can’t put down…
Buy HUNTED MATE today.
Discover your new pack—Fated Mountain Wolf Pack…
Come to Colorado where the rivers run cold and the alphas run hot!
Add to Goodreads
Amazon * Apple * B&N * Google * Website * Books2Read 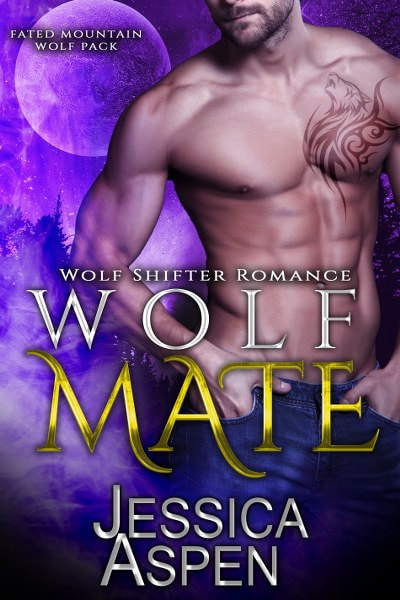 On the hunt for her best friend, Natalie discovers it’s more than murder…it’s wolf shifters.
All Natalie has is her GPS, her best friend’s last known location, and a desperate hunger for the truth. Her dangerous search for clues leads her to a blood soaked piece of land and a trip down a rocky ravine—straight into the arms of a sexy angry cowboy.
Could it be fate?
Luca has been a lone wolf his entire life. Discovering Natalie trapped and injured on Fated Mountain ranch—her big brown eyes and determined attitude break into his lone wolf reserve. But Natalie’s human. And her insistence on hunting down the truth conflicts with the pack’s needs.
What happens when fate draws you to the wrong mate and murder might be best covered up?
Sexy Shifter Romance you can’t put down…
Buy WOLF MATE today.
Discover your new pack—Fated Mountain Wolf Pack…
Come to Colorado where the rivers run cold and the alphas run hot!
Add to Goodreads
Amazon * Apple * B&N * Website * Books2Read 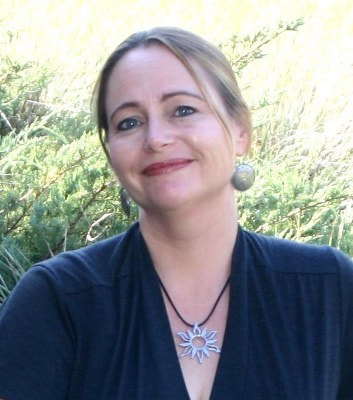 Jessica Aspen always wanted to be spirited away to a world inhabited by elves, were-wolves and sexy men who walk on the dark side of the knife. Luckily, she’s able to explore her fantasy side and delve into new worlds by writing spicy paranormal romance. She loves indulging in dark chocolate, reading eclectic novels, and dreaming of ocean vacations, but instead spends most of her time, writing, walking the dog, and hiking in the Colorado Rockies.
Website * Facebook * Twitter * Instagram * Pinterest * Bookbub * Amazon * Goodreads

Hi! I’m Jessica Aspen and I write Urban Fantasy romance—fast paced, sexy, and a little on the dark side. And right now I’m writing sexy alpha wolves. Yum! When I very first started writing about wolf shifters I discovered there was a whole world out there. Fated mates, betas, alphas, how packs worked…so many choices and all amazing! Each author get’s to choose how these pieces go together, but you’re the one who decides if you like the way the puzzle fits.

Deciding what goes into my books is a super fun process. I’m also a firm believer in love at first sight, so could I take that and make it mate at first sight? Oh yes I can! And what happens when the mating bond get’s complicated, like when you find out you’re essential to this man’s life in a way that you never imagined? That’s when the romance really get’s good!

What do you love about shifter books? Are fated mates your jam? How about packs? Does the commitment of the pack make it or break it for you?