A Stolen Heart by Kayelle Allen 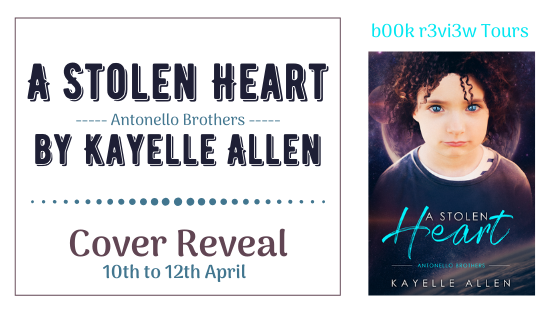 An abandoned half-human child.
An immortal warrior whose villainous past keeps him in hiding.
Two monsters in need of a family.

A Stolen Heart transports science fiction fans to the fantastic Tarthian Empire in the distant future; a wealthy but deliciously seedy corner of the galaxy. Here, powerful immortals comingle with genetically-enhanced humans and animals, aliens and androids, and and secret societies are commonplace.

After rescuing a half-alien / half-human child who’s running for his life on the planet Kelthia, a glorified space pirate turned entrepreneur named Luc Saint-Cyr stumbles onto a conspiracy at the highest levels of the powerful Thieves’ Guild.

As if that’s not enough, an unseen enemy is undoing every good thing Luc accomplishes.

But, when it comes time to give up the child to a family who can care for him, how will Luc bear to part with the adorable little boy who has stolen his heart?

Want to know when this book is available? Like to have a free read before it’s out? Join one of Kayelle’s reader groups. You’ll also get free starter books right away. https://kayelleallen.com/reader-groups/

Kayelle Allen writes Sci Fi with misbehaving robots, mythic heroes, role playing immortal gamers, and warriors who purr. She is the author of multiple books, novellas, and short stories. She’s also a US Navy veteran and has been married so long she’s tenured.

You are invited to the Inlinkz link party!