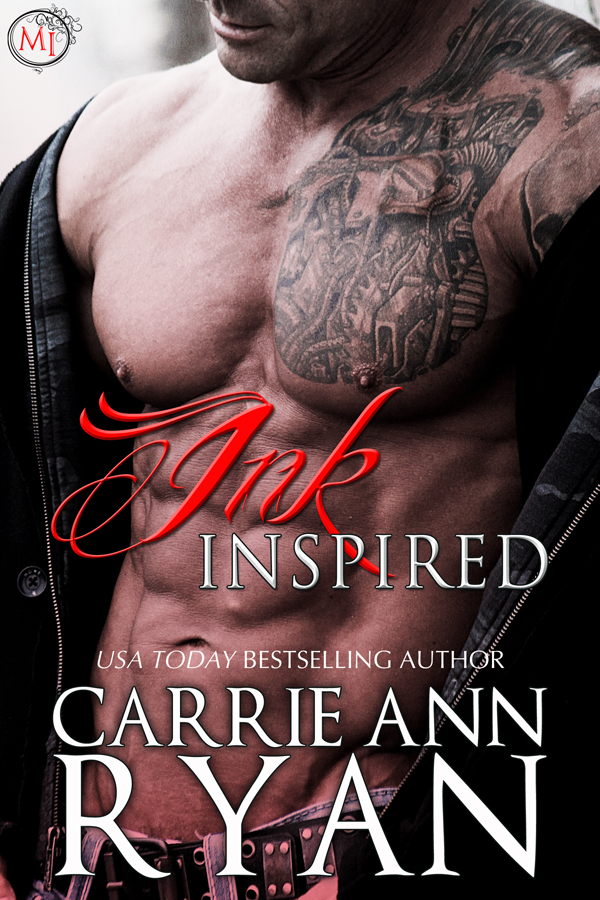 Blurb
Shepard Montgomery loves the feel of a needle in his hands, the ink that he lays on another, and the thrill he gets when his art is finished, appreciated, and loved. At least that’s the way it used to be. Now he’s struggling to figure out why he’s a tattoo artist at all as he wades through the college frat boys and tourists who just want a thrill, not a permanent reminder of their trip. Once he sees the Ice Princess walk through Midnight Ink’s doors though, he knows he might just have found the inspiration he needs.
Shea Little has spent her life listening to her family’s desires. She went to the best schools, participated in the most proper of social events, and almost married the man her family wanted for her. When she ran from that and found a job she actually likes, she thought she’d rebelled enough. Now though, she wants one more thing—only Shepard stands in the way. She’ll not only have to let him learn more about her in order to get inked, but find out what it means to be truly free.

Blurb:
One tattoo shop in one infamous city sets the stage for 8 stories about resolutions, kink, love and ink. Get ready to let the good times roll!

Sidney Bristol
Picture Her Bound
She’s a police officer desperate enough to break the rules. He’s the bounty hunter standing between her and ruin. Picture Her Bound–the first book in the brand new Bayou Bound series from Sidney Bristol–a story of right, wrong and binding pleasures.

Robin L. Rotham
Not So Over Eli
Paramedic Bart Rigger finally has the life he wants rather than the one his father dictated, thanks to hot new fiancée Rhonda Giannetti. But a whirlwind trip to New Orleans puts it all at risk when he’s forced to confront unresolved feelings for his first love, tattoo artist Elijah Bell.

PG Forte
Inked MemoriesAll Sophie wants is a tattoo to commemorate her battle with cancer. What she gets is celebrity tattoo artist Declan Ross, the same sexy bad-boy who used to rock her world. This time, they’ve both got scars and it’s still the ones you can’t see that are the hardest to cover.

RG Alexander
To The Bone
Etta Santos has one resolution—to cover up the last visible evidence of her past. When Christie Ryder, sexy musician and new owner of Midnight Ink, pursues her, he seems too good to be true. His music touches her soul, but can she risk trusting another bad boy with her heart?

Mari Carr
Blank Canvas, Big Easy, book oneDisillusioned by divorce, Jennifer’s about to discover her wild side, starting with a tattoo from Caliph. And continuing with submission, spankings, wax play…all under the skilled hands of her wickedly sexy tattoo master.