With intertwining memories and a world
of deceit and betrayal yet to be exposed, Survival, book #1 in the Twisted
series, is an intense, compelling page-turner, seen through the eyes of Skye
‘the Skillet’ Jones.A mother. A father. Two daughters and a son. A happy suburban family of five.
Tick-tock, tick-tock.
An alcoholic mother. An absent father.
Abandonment. A family ripped apart.
Tick-tock, tick-tock.
Oliver. Beautiful Oliver. My twin brother, my protector.
Fighting. Freedom. Death.
Tick-tock, Tick-tock
Cut Throat Curtis. My fire and ice. My light and shade. My pleasure and pain.
He taught me to fight; to control emotional turmoil with physical distraction.
He had pain of his own, secrets he would never reveal, and I should have known
it would only be a matter of time until he left, becoming a ghost in a life I
no longer knew.
Tick-tock, Tick-tock.
Thomas. My magic. My fairy-tale. The man who promised the happy ever after I’d
never dared to dream of. My prince. My lover. My everything and more.
Tick-tock. Tick-tock.
But fate was waiting, as always. The merciless force of kismet watched over me,
biding its time, waiting to strike; to plunge me into the depths of defeat and
leave me with no choice but to succumb.
It was coming, the twist of fate that would bring me to my knees. It was up to
me, Skye the Skillet, to decide whether to bow down and surrender to its will,
or fight back, to fight for what I had left.
To fight for my survival…

With explosive suspense and dark
sensuality, Revival, book #2 in the Twisted series, is a passionate, riveting
tale of power, conflict and dangerous desire, told by Cut Throat Curtis Mason.I was a failure. An orphan. A quitter. A heartbreaker. A screw-up. A criminal.
A monster.
The life I was imprisoned in was the life I deserved.
Beep, beep, beep.
Ollie’s death shredded my tenacity, chipped away at my confidence and stole the
will to fight out from under me. When the toxic worthlessness swimming through my
veins made me reject the only girl I’d ever loved, she took the rest of my life
with her.
Beep, beep, beep.
Alone, away from home and emotionally desolate, I was propelled into a life of
greed, control and crime when fate played a hand and forced mine into the
clutches of Charlie Alexander Tattersell. My vixen. My poison. My villainous
addiction.
Beep, beep, beep.
I fought for and against the life that held me captive, but one painful
reminder returned to haunt me.
I was the only one who knew the truth.
Skye’s truth. My love. My driving force. My life’s obsession.
Beep, beep, beep.
After enlisting the help of my protégé, Jesse ‘the Gentleman’ Kennedy, the
mission began.
I had to find answers, retribution and the spark that would release me from the
claws of the abyss and bring me one step closer to the Skillet.
Beep, beep, beep.
With new secrets waiting around every corner, a vicious Charlie waiting to bury
me and the haunting memories of every mistake I’d ever made hanging over me, I
missed one vital clue.
The key to my revival… 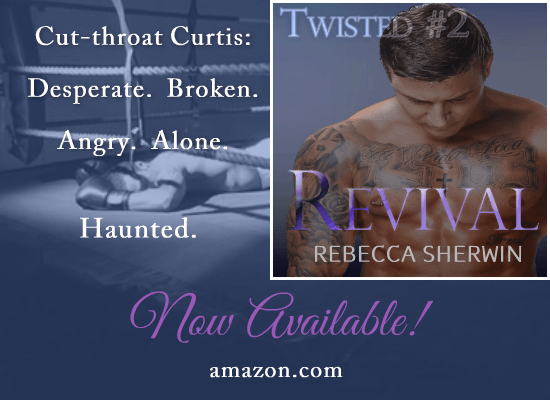 With everything at stake and nothing
to lose, Skye Jones and ‘Cut-throat’ Curtis Mason are reunited in the fight of
their lives – once and for all. It’s time to face the demons of the past and
the present; to reclaim the powerful, passionate connection that brought them
together; and overcome the forces that would tear them apart. It’s time to
expose – and destroy – the web of lies, deceit and betrayal woven by those
around them to hold them captive, to keep them silent, isolated and alone.The time has come.
There is no time to fight for survival.
There is no time to beg for revival.
There is no other option. There is no choice.
What happens now?It’s time to Thrive… 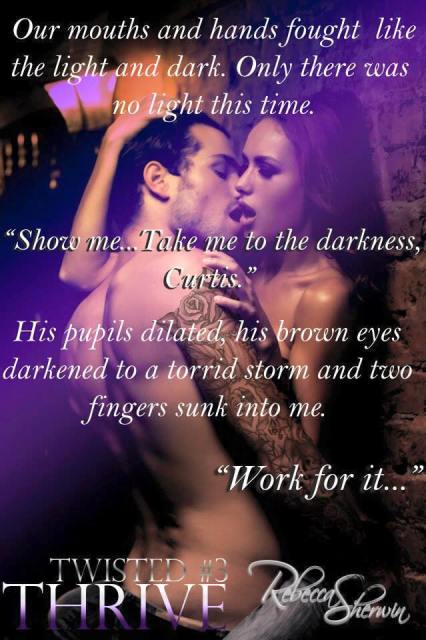 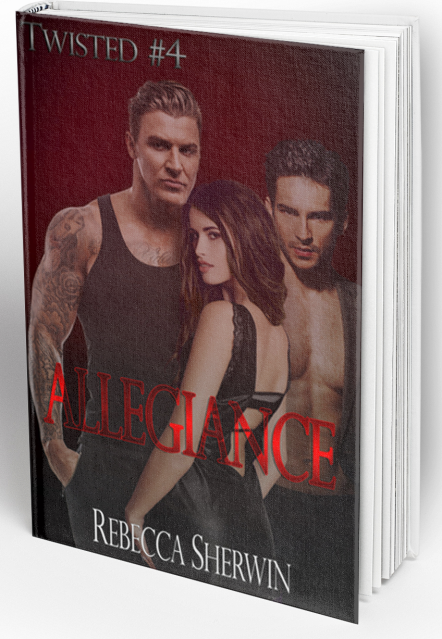 My name is Jesse the Gentleman
Kennedy.
Doctor. Fighter. Ghost. ­My name is Skye the Skillet Jones. ­
Murderer. Manipulator. Protector. ­My name is Cut Throat Curtis Mason. ­
Victim. Villain. Monster. ­It’s time for us to reunite; to fight on­e more
battle and claim what should be ours. ­
Justice. Revenge. Freedom. ­

Are you prepared to fight with us? ­
Are you ready to join the Allegiance? ­ 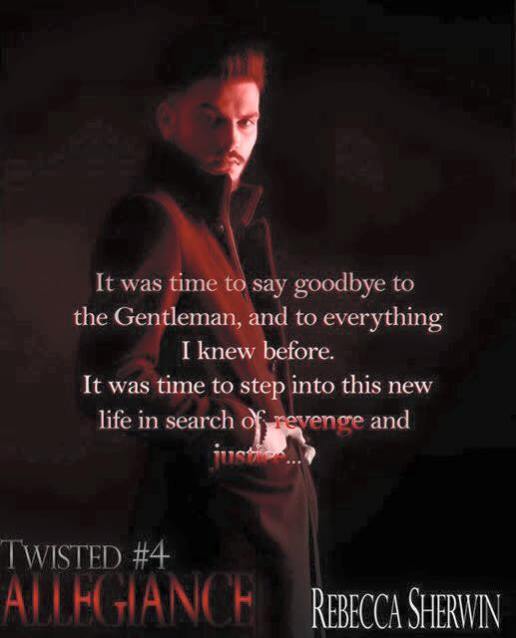 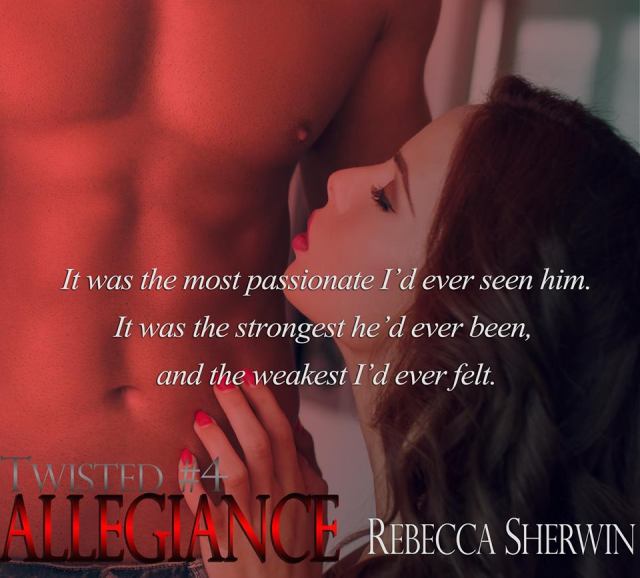 Rebecca is a London born and bred
mother, writer and psychology student. She is the author of summer romance,
Second Chance Hero, and the psychological romantic-suspense series, Twisted. An
avid reader and lover of stories that keep you guessing, Rebecca writes tales
that will challenge your perceptions and toy with your emotions. Rebecca’s
stories invite you to open your mind and dig deeper into the meanings of the
lives of each and every character you meet. She entices you into their world –
to feel with them, to grow with them, to love with them. She asks you to become
a part of them and allow them to become a part of you.
Rebecca would like to express her thanks to everyone who reads her stories, and
would love to hear from you!