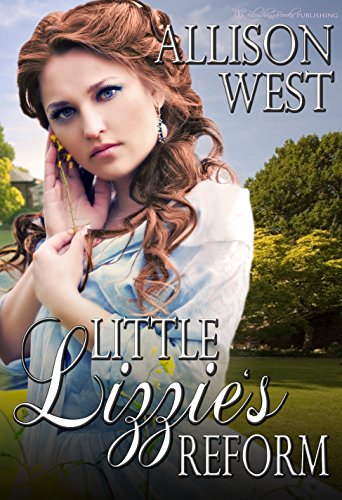 Thomas Montgomery seeks out troubled ladies that are in need of a strict and proper upbringing, encouraging them to join Alton Reform. Discovering Elizabeth Grey alone by the tavern at night, he insists he accompany her on the journey home, to ensure she makes her return safely. It is her sharp tongue and fiery defiance that makes him desire her as his little Lizzie.

Without reservation, he suggests to her father that Elizabeth be sent away to Alton Reform, a school known for its strict disciplinary measures to create fine young ladies capable of obeying their husbands. Ladies that without such correction would wind up in an asylum for their tenacious and troublesome ways.

Unwed and with no prospects of marriage, Elizabeth is forced by her father to attend Alton Reform and be trained by her governess under the headmaster’s guidance.

Elizabeth does not take well to Alton Reform’s ways of discipline. Unpleased after a stern spanking to her bare bottom, Elizabeth runs away, only to be caught by Mr. Thomas Montgomery.

Will he force her to return to Alton Reform? Can Thomas show Elizabeth that love can be gained from discipline? How will she feel when he confesses his desire to make her his little Lizzie?

“What is in Alton, father?” He did not elaborate which only made her stomach flop with uncertainty. “Father?” Elizabeth tried again, hoping he would answer her question. She did not like the unknown, and worse she hadn’t even attempted to eavesdrop on their conversation! Why hadn’t she thought to press her ear to the door or leave it ajar to discover what was said? Elizabeth had been wrong in assuming that the handsome gentleman had just brought her back to her father and ratted her out. What more had happened? “Are you sending me off to marry that hideous boy from the carriage?” Her face scrunched in disgust. Not so much from the gentleman who was hardly a boy, but the thought of marriage itself she found repulsive.

“Thomas?” her father asked and laughed. “Hardly. I do not think a man of such a reputation and high caliber would want my own daughter. Which is why it was suggested to me that you attend Alton Reform.”

“You want me to attend a finishing school?” Elizabeth asked.

“No.” Her father shook his head only once, it was enough to get the message and also to see the stern steely gaze to know that he meant her to listen. “You will be schooled in listening and obeying, so that you might be provided the opportunity for a husband.”

Allison West has been inventing worlds and writing stories for years. Her favorite novels are those that leave a lasting impression, long after the final page is read. You can find more about Allison on Facebook and Twitter.