I’m a little late today! I was at a Wisconsin Writer’s Conference the last two days and drove home like a maniac to watch the Cubs vs. Dodgers game.

LOL. You can tell I’m a cubs fan, have been my whole life! I fell into bed when it was over, my mind filled with baseball and like every Cubs fan, the joy of winning the World Series. Which of course means beating the Dodgers in the NLCS. So, now on to today’s sales.

Get this STANDALONE novel for ONLY 99¢!

***A standalone novel in The Pucked Series***

Lily LeBlanc isn’t versed in the art of casual sex, but after seven years in an on-again, off-again relationship, she’s definitely willing to give it a shot. And who better to try it with than her best friend’s boyfriend’s best friend? What could possibly go wrong?

NHL player, Randy Ballistic, lives up to his last name on the ice and in the bedroom. His best friend and teammate has recently given up the puck bunnies and traded them in for a real girlfriend. And she just happens to have a seriously feisty, extra-hot best friend on the rebound. Randy’s more than happy to be Lily’s spring board back into the dating scene.

But casual sex is only casual until those pesky things called emotions get involved. Once that happens, someone’s bound to get pucked over.

HIS TO LOVE is now on sale for only $0.99 for a limited time! Start the Fireside Series TODAY!

In the explosive debut of Stacey Lynn’s irresistible Fireside series, a pair of estranged lovers are reunited by dangerous loyalties—and intoxicating desire.

Tyson Blackwell never saw it coming when his Mafia princess girlfriend dumped him and disappeared at the age of eighteen. He never forgot her, either, even after what happened next: the killing of his father, a Detroit PD officer, at the hands of one of her father’s men. Tyson swore revenge, and now, ten years later, the kid who dreamed of a pro football career is a hard-nosed FBI agent, back in town to take down the Galecki crime family once and for all. But Tyson’s mission gets complicated fast—because going undercover means seducing the only woman he’s ever loved.

Gabriella “Blue” Galecki has been in hiding for a decade. She finally comes home to spend time with her terminally ill mother, only to receive a blast from the past when she runs into Tyson. His brooding eyes and electrifying touch still send chills down her spine. But as heir to the family empire, Blue has been promised to another. Caught in a web of deception, she is tempted to pull the trigger on the boldest risk she’s ever taken: trusting Tyson with her life, her body, and her heart.

Stacey Lynn currently lives in Minnesota with her husband and four children. When she’s not conquering mountains of laundry and fighting a war against dust bunnies and cracker crumbs, you can find her playing with her children, curled up on the couch with a good book, or on the boat with her family enjoying Minnesota’s beautiful, yet too short, summer.

She lives off her daily pot of coffee, can only write with a bowlful of Skittles nearby, and has been in love with romance novels since before she could drive herself to the library.

Stacey is giving away 10 eCopies by His to Love and a $25 Amazon Gift Card! 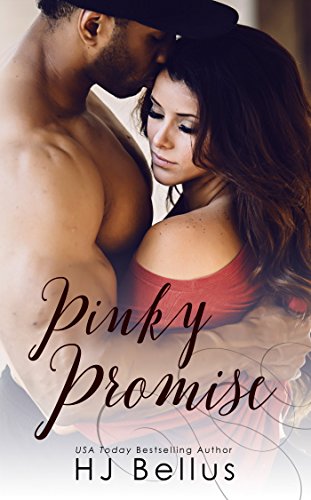 $0.99 Until Next Monday
Free on Kindle Unlimited
http://amzn.to/2dGEM7P

Baylor Jones and Stayton (State) Blake
Two lost souls raised on the streets. Young children vowing to always protect each other. He was only nine but he was her protector and best friend for years.

Even when thrown in foster care he took care of her always like a king to his queen. A silent pinky promise shared between, it was their secret protection to one another.

Then one morning he was gone. Leaving Baylor on her own to battle the streets and more importantly life in the Kings all by herself.

“I will love you, even if I never see you again.” 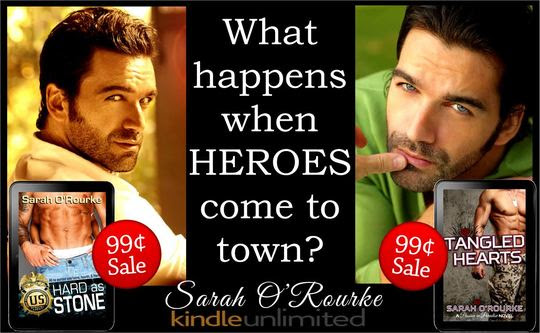 Nestled in the foothills of the Smoky Mountains, the beautiful town of Paradise is the perfect place to raise a family, have dinner at the local diner…and chase a ruthless killer.Harmony McKinnon never believed she’d find love again….not after the horrors she lived through with her ex-husband. When she meets secretive Jacob Stone and soon falls in love, she never expected that her life would be in danger again. Read Hard as Stone to find out if love can protect her.

Melody Reardon was done with men. She was young, smart, and capable… and better yet, she had a dream and a plan. What she didn’t plan on was a maniacal stalker…or Retired 1st Sgt Cal Valentine taking over her life and her protection. Read Tangled Hearts to find out if love can keep her alive.

A Love Letter to Whiskey
by Kandi Steiner

Pre-order now for only 99c!!! A Love Letter to Whiskey by Kandi Steiner releases on October 13!!! #SteinHarts #BestieReleaseUS: http://amzn.to/2efMwzA
UK: http://amzn.to/2dDAsWQIt’s crazy how fast the buzz comes back after you’ve been sober for so long.

Whiskey stood there, on my doorstep, just like he had one year before. Except this time, there was no rain, no anger, no wedding invitation — it was just us.

It was just him — the old friend, the easy smile, the twisted solace wrapped in a glittering bottle.

It was just me — the alcoholic, pretending like I didn’t want to taste him, realizing too quickly that months of being clean didn’t make me crave him any less.

But we can’t start here.

No, to tell this story right, we need to go back.

Back to the beginning.

Back to the very first drop.

This is my love letter to Whiskey. I only hope he reads it. Synopsis
“I met her at an all-time low . . . the worst night of my life—a time I never wanted to remember.”

“It was a night I could never forget.”

“When it came to women, I swore I was done with wishful thinking. Ball and my coaching career were all that mattered.”

“I reminded him it wasn’t.”

“She was everything I was afraid of.”

“He was everything I’d ever wanted.”

“She was fire—an irresistible piece of southern heaven that I couldn’t stay away from.

“He was smoke that clouded me in every imaginable way.”

“I fell hard, and she gave me hell at every turn.”

“I made a promise I was hell bent on keeping.”