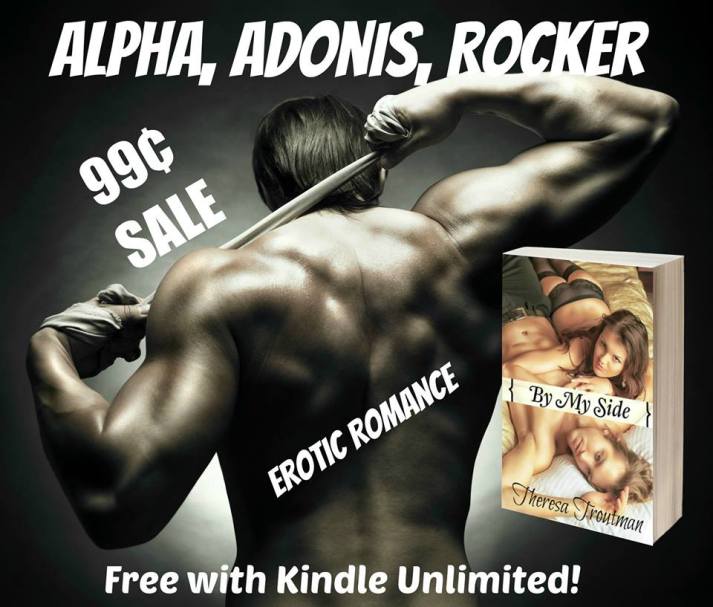 Alicia travels to an exotic land, with hopes to reinvent herself. She moves to Auckland, New Zealand, to heal and escape her unhappy past in America.

Hunter works in a bar to distract himself from the memory of a tragic past. Playing in a local band and resorting to one night stands are his only means for an escape from his reality.

Brought together by circumstance, an unexpected romance blossoms between these two tortured souls.

Can being by each other’s side bring them the happiness they are desperate to discover? Or will being together break their fragile trust and lead to more heartache?

Surrendering by KL Kreig is only 99c!

“I was completely enthralled with the story from the very beginning.” ~ Night Owl Reviews

“It’s best if we just keep this casual, Dev.”

To feisty, relationship phobic Kate Martin’s utter surprise, she isn’t automatically dismissed as a crackpot when she finally plucks up courage to walk into a police station, revealing what she’s seen in her dreams. But instead of making a simple statement and returning to her nice, quiet life, she finds herself the center of attention from both a psychotic vampire and the ‘investigative specialist’ who would die in order to protect her.

“You’re anything but casual, Kate. I want you and I always get what I want.”

Young women are disappearing across the country and Devon, Regent Vampire Lord of the Midwest, knows his centuries old archenemy has finally resurfaced. A break in his fruitless search is provided by the discovery of a woman who can not only see the missing in her dreams, but who ends up being his Moira, his Destiny. And she couldn’t have stepped into his world at a more inopportune time, for she is now the prime target for his nemesis.

Protecting her heart would prove to be her biggest challenge.

At least that’s what she thinks.

**Contains graphic sexual content and harsh language. It is only appropriate for adult readers age 18+

Come on, you know you do.

But the truth is that you do know me.

With Devi, my entire universe shifts, and the more time I spend with her, the more I realize that Logan O’Toole isn’t the guy I thought he was.

So maybe I’m not the guy you thought I was either.

False Start by Julianna Marley is only 99c and in #KindleUnlimited! #SportsRomance #OneClick

Alivia Monaghan had it all: a successful business, happy children, and her husband Jax Monaghan, the love of her life. Until the day Jax made a choice that altered their lives and crushed Alivia harder than a quarterback sack.

Football hero Jax Monaghan hadn’t had it easy in life despite his thriving football career and he always destroyed everything beautiful he’s ever had. That was until he met his wife, Alivia, who had taught him what love and family was all about. But when he watches his wife fall apart due to his decisions he’s reminded just what he is capable of – and he makes what he thinks is the ultimate sacrifice. Walking away.

When Jax returns home in order to be closer to his children, he can’t help but want to be closer with Alivia again as well. But the brutal reality of his choices keep knocking him back to the starting line. As the past threatens them further apart, Jax and Alivia are forced to line up together and play for the same team. Had their entire marriage been a trick play? Or was it simply just a false start into their happily ever after?

OUTSIDE THE LINES BY

ONLY 99¢ FOR A LIMITED TIME

#BetweenTheLines by Emily Goodwin is only #99Pennies for a#LimitedTime!!! Grab your copy today and find out why readers are claiming Between The Lines is one of the best books they’ve ever read!

Darla’s not the type to pick up hitchhikers on the turnpike in rural Ohio — especially naked ones. She also didn’t plan to have her first book become a New York Times and USA Today bestseller, and turn into eight books of heart, heat, hilarity and crazy comedy mixed in with wild, deep romance that lasts and lasts…

The Random Series giant boxed set contains the first 8 books in the Random series, a bestselling saga that defies categorization. Romantic comedy, heart-stopping drama, unconventional sensuality, rock star gods, mousy librarians with quite a nightstand drawer stash, a mother who is addicted to sweepstakes winnings, sugar-free gummy bears that cause a CDC scare, and a chicken running for president (who probably polls better than any of the current choices)…you won’t find another book series quite as “random” as this.

Save when you buy this omnibus, and sink into a half a million words of fun and love.