Sorry this wasn’t out at 5:00 am like normal! My internet has been down since yesterday. No reason why! I’m assuming the company was updating something. But after rebooting for the umpteenth time, it’s working! Yay!

So now for those sales!

First a FREEBIE! I love Scarlett Groves books and I saw this one on the Wolf Pack page so had to share! 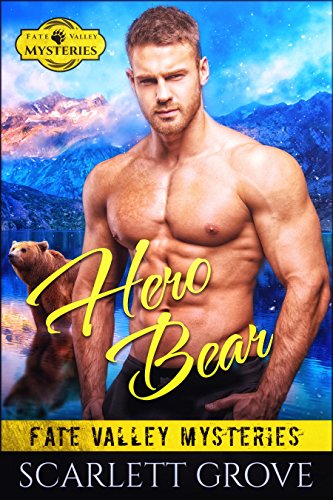 A fated wedding …
Bear shifter Sunshine Blackthorn is in Fate Valley to be the maid of honor at her best friend Melody’s wedding. At the fun-filled bachelorette party, the bridesmaids convince Sunshine to sign up for a human/shifter dating site.

A heroic bear …
Grizzly shifter Harrison Cole is an ex-Marine turned firefighter. A local hero who risked his life to save a woman and child from a burning building, he’s delighted to have finally found his mate … but Sunshine isn’t sure about settling down so far from her home on Fate Mountain.

Burning questions
When the chapel catches fire in the middle of the wedding, Harrison is certain it was deliberately set. Sunshine is just as eager to find out who’s responsible, and as the two investigate, their relationship blossoms. Can they uncover the arsonist’s identity and see that justice is served? And can Harrison convince Sunshine that her true home is with him?

Available at Amazon and in KU! 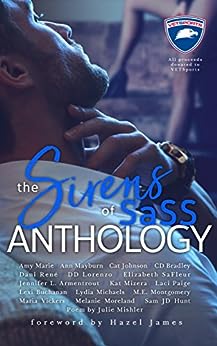 The Sirens of Sass Anthology

All proceeds go to Vet Sports, a non-profit working to improve American Veteran’s physical, mental, and emotional health through sports, physical activity, and community involvement. Our goal is to bring the romance community together and raise as much money as possible for this great cause!

Inside this anthology readers will find the brand new work from 18 contributing authors and over 800 pages of sexy love stories.

Edition: 1st | Only Available for a limited time!

Temptation can be a dangerous thing.See what happens when you are lured into the lairs of spirited, stunning, and spectacular SaSSy Sirens who will entice and tantalize you. Some will give you the satisfaction you will crave while others may have you begging for more! Passion is not for the faint of heart.

Do you have the courage proceed?

Plan to delight your senses in this breathtaking selection of SCORCHING short stories highlighting some of today’s Bestselling Authors from a featured group of Attending Authors of #SaSS18 Norfolk Sexy and Sassy Signing.

All proceeds from The Sirens with SaSS Anthology will benefit VETSports and will only be available for a limited time.

Warning: This book is intended for readers 18 and Up. Strong language and explicit sexual scenes.

Drowning by Margaret McHeyzer is available now & $2.99 for release week only!!!

Real Deal by Piper Rayne is FREE for a limited time only!

From a duo of USA Today Bestselling Authors, comes the first COMPLETE STANDALONE in the Single Dads Club set of books.

Too loud.
Too clingy.
Too much make-up.

I could go on and on. The other guys in the Single Dad’s Club would say I’m obsessed with finding them. But none of their kid’s mothers call a maximum-security prison home either, so their opinions mean shit.

Caterina Santora has her own list of red flags…

Even after repeating this mantra to myself every morning on the way to Lily’s summer camp, guess what happens the moment I see Cat? Yeah, that mantra turns into ride me, doggie style and reverse cowgirl.

The fact that she doesn’t remember me from six years before grates on me until I don’t have it in me to leave her alone any longer. I have to have her. But our lives are opposites in every way. In no way compatible.

When we’re together all the complications fade away and I have to keep reminding myself, even if I can have her— I can’t keep her.

Get it for free below:

Ten years ago, Matt Girard did something he shouldn’t. When sweet Evangeline Baker offered him her virginity, he took it. Then he left town and he’s never looked back.

Until now. His future as a black ops soldier with the Hostile Operations Team is in jeopardy, and he’s come home for a few days before going back to face the consequences of a mission gone wrong.

Matt still makes Evie’s heart pound, but she wants nothing to do with him. She’s had enough of men who lie and promise things they don’t deliver. But when her sister goes missing and her ex-boyfriend turns up dead, she’s in need of Matt’s special military skills.

With time running out, Matt will put everything on the line to protect Evie and find her sister. Even if it means sacrificing all he’s worked for with HOT. Sometimes, the reward is worth the price. Especially when it’s the one woman he can’t forget…

English professor Dr. Georgeanne Hayes has a problem. Her star pupil, an Army sergeant who works in a Top Secret government program, is missing–and someone tried to push her in front of a train last night.

Sam “Knight Rider” McKnight is used to looking out for Georgie. When they were kids, she was just his best friend’s baby sister. But Georgie’s not a baby anymore and Sam is getting some very male–and very dirty–thoughts about the girl he knows he can never have.

When someone threatens Georgie’s life again, Sam will do anything necessary to keep her safe. Even if it means spending the next few days locked up in a remote house on Maryland’s Eastern Shore with her.

Sam might be used to denying himself what he wants, but he’s about to find out that being cooped up with Georgie will push him to the limit. And maybe beyond.

When public relations expert Olivia Reese stumbles onto evidence of a dangerous conspiracy right before Christmas, there’s only one man she can call for help. Billy “The Kid” Blake is a member of an elite military unit–the Hostile Operations Team–and he’s Olivia’s former lover.

Billy never forgot the sexy woman who rocked his world–and his bed–before she walked out on him. Now that she needs his help, he’ll do anything he can to keep her safe. But as time runs out and the snow piles up, can Billy and Olivia work together to thwart a lethal plot against the Pentagon without getting involved again?