Okay, I woke up at 400 am, read a bit and then started laundry. By 600 am, I was on my second load of laundry, showered, dressed, ate and sat down to write.

So, one paragraph later I keep thinking about the book I had finished. There were at least two more in the series that I needed to get. THEN when stalking the author’s facebook page, I found out one of my favorite characters in the book had a story. Not just one but three!

These really are NOT standalones. You have to read one and then the other. So I have two more to get through to read the three, lol. So five books. I could do it, I have no plans this weekend. Other than writing my OWN book! 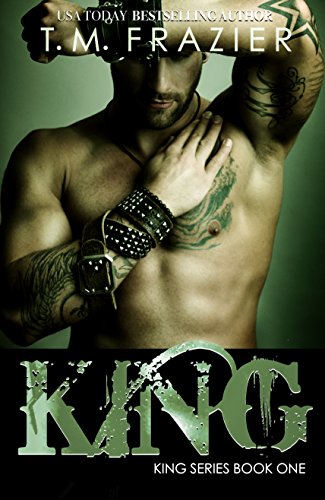 If you are wondering about the addicting series, it is the King series by TM Frazier. Dark romance, which is a bit of an addiction for me! I couldn’t help but read it.

I want to do both. I think, I can read and when I’m done I’ll write. Sounds good, right? But what if I’m in a book coma? C’mon, you know what I mean! I’m so deep in that book world I don’t want to come out. It happens. That shit is real!

I could write, set a goal, but I keep wanting to crack open Lawless and read Bear’s story. Gah!

I think I’ll head out of the house (because Paw Patrol is blaring!) Go to the coffee shop and write. Meet a goal, any goal! Have a nice tasty cup of Enchantment (latte with white chocolate and creme de menthe) and write. Leave my kindle at home, lol.

This could work-if there is nothing going on. No vendor sales, no farmer’s market, no meetings or singers. That is usually just Saturday mornings! This is a very busy coffee shop! If it is too busy, I could try the new shop in town. But it doesn’t look as comfortable. I suppose I won’t know unless I try.

And really, I left poor Crag hungry and chasing after his mate once again.

His stomach growled. Pretty soon he was going to have to find something to eat. Checking to make sure he still followed Faith’s enticing aroma, Crag decided that food was in order. She’d have to stop for the night. Once he’d eaten, he would just keep going until he found her.

Backtracking, Crag found a spot where he could shift and fly out. Branches dragged at his wings, catching at his legs as he burst from the sky. Glancing down, he looked, trying to see Faith. Shaking his head he flew away. He didn’t want her to see him, to be afraid of him.

Logically he knew that he would eventually have to tell her. But Faith seemed a little more intense than her sister. Somehow, Crag was pretty sure that if he changed Faith without telling her, he would regret it the rest of his life.

Decisions, decisions. I want coffee, so I guess I’ll go write for a bit!