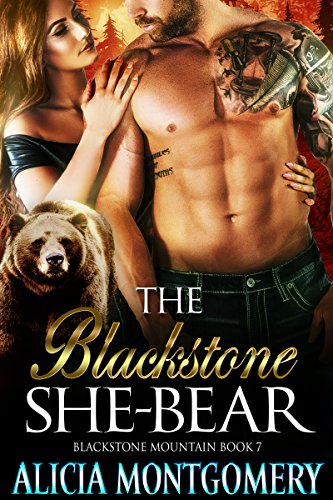 The Blackstone She-Bear, has dropped in price to 99 cents! (normally 2.99)! https://www.amazon.com/dp/B07DD2T94N/
Amelia Walker is finally coming home to Blackstone. Few people know the real reason why she left – her heart and her bear had been broken when her mate, polar bear shifter Mason Grimes, suddenly left her after their whirlwind romance. When she finds out that Mason is back in town too, she does her best to avoid him.

Leaving Amelia was the worst mistake of Mason’s life. But, Blackstone is his salvation, the only way he can right the wrongs of the past and provide for his daughter, Cassie, after his ex-wife abandons her. He doesn’t have time for love, but when he finds out that he’s the reason Amelia is broken, he vows to make it right.

Amelia doesn’t want to risk getting her heart broken all over again and she knows that Mason has other priorities. But, she can’t resist the pull of the mating call, but she knows she must stay away, for everyone’s sake.

Will the pain of the past keep them apart or is the pull of fated mates stronger? Find out by reading this heart-wrenching paranormal romance.

Read the Prequel for FREE:
amazon.com/dp/B0773RS1WY

Read the first in the series, The Blackstone Dragon Heir:
amazon.com/dp/B0774SK692

The Blackstone She-Bear is full-length paranormal romance novel with explicit love scenes, naughty language, and shifter suspense action with guaranteed HEA, no cheating and no cliffhangers! 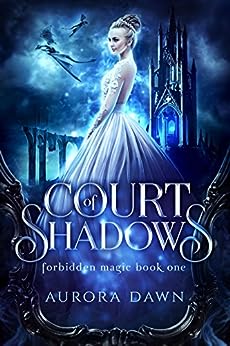 FREE THIS WEEK ONLY!
https://www.amazon.com/dp/B07CYGPPCP

The war has ended…
…but the battle against the king of the spirit world has just begun.

Celeste was exiled from the court of dark fae. But, when the queen of the frost faeries summons her, she finds herself betrothed to four handsome princes, and in possession of immense elemental power.

Dragons, faeries, elves, and giants unite to banish evil, but Celeste may find herself fighting her own heart when she meets the charming spirit king.

This edition of Court of Shadows includes Court of Dragons!

Nate Pearson is ridiculously handsome and wears the hell out of a suit and tie, but I’ve seen the parade of beautiful women leaving his apartment across the hall—a different one every time—and I want no part of it. When it comes to romance, I’m looking for something real, something that will last: the happily ever after.

As a divorce attorney, he loves to tell me there’s no such thing.

As a wedding planner, I choose to disagree.

We disagree on almost everything, in fact. Everything except James Bond. The only time we really get along is when we’re watching 007 flicks together, and I’ll admit—he has rescued me from a disaster or five. So when one of the baton twirlers from his parade leaves a baby girl at his door with a note that says “I’ll come back for her” and he begs me for help, I can’t turn him down.

But it’s a mistake.

Because watching him with his daughter, I start to see another side of Nate, a side that has my breath coming faster, my body craving his, my heart longing for him to change his mind about love and tell me there’s a chance for us.

I don’t want to be just another girl leaving his apartment in the morning.

I want to be the one he asks to stay.

Taken by the Enemy

To survive in his world he demands her obedience. But she holds a secret that could destroy them all…Read More

In THE DEADLINE, Andy Friessen has packed up everything and moved his family two states away, to Montana, to protect his wife, Laura, his newborn babies, and his stepson, Gabriel, from the threats of his mother. What Andy doesn’t know is that they’ll soon face a new threat, one he never saw coming.

Gabriel is sick, and a trip to the doctor confirms Laura and Andy’s worst nightmare: Without a lifesaving transplant, their son won’t survive.

What Andy doesn’t count on, as he tracks down the young man who fathered Gabriel, as well as Laura’s estranged parents, is that a whole host of problems are about to be unleashed.

THE FRIESSENS: A NEW BEGINNING in order:
The Deadline (Andy & Laura)
The Price to Love (Neil & Candy)
A Different Kind of Love (Brad & Emily)
A Vow of Love, A Friessen Family Christmas
Or grab The Friessens: A New Beginning, The Collection which includes all the books in this romantic family saga.

Can’t get enough of the Friessens? Don’t worry a brand new Friessen series begins with THE REUNION.