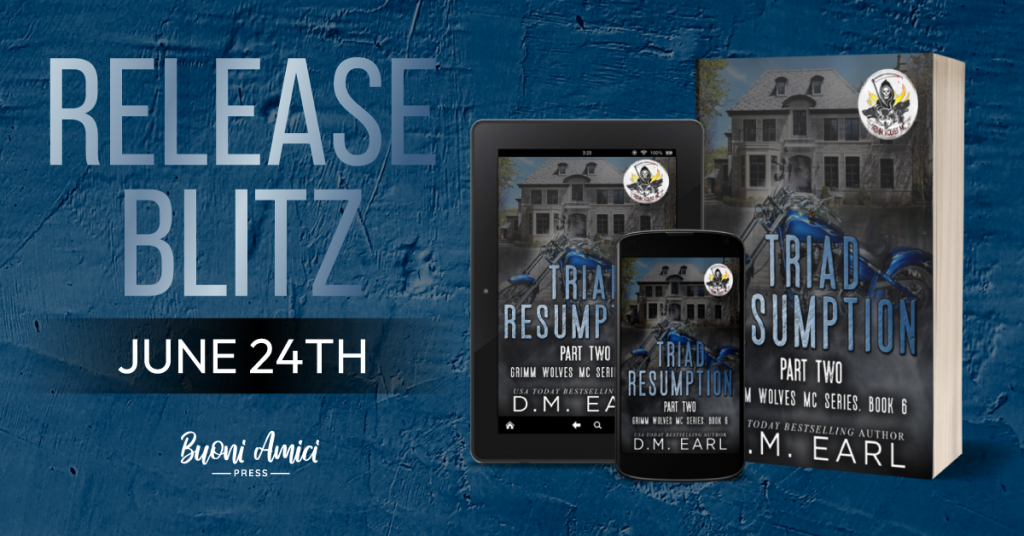 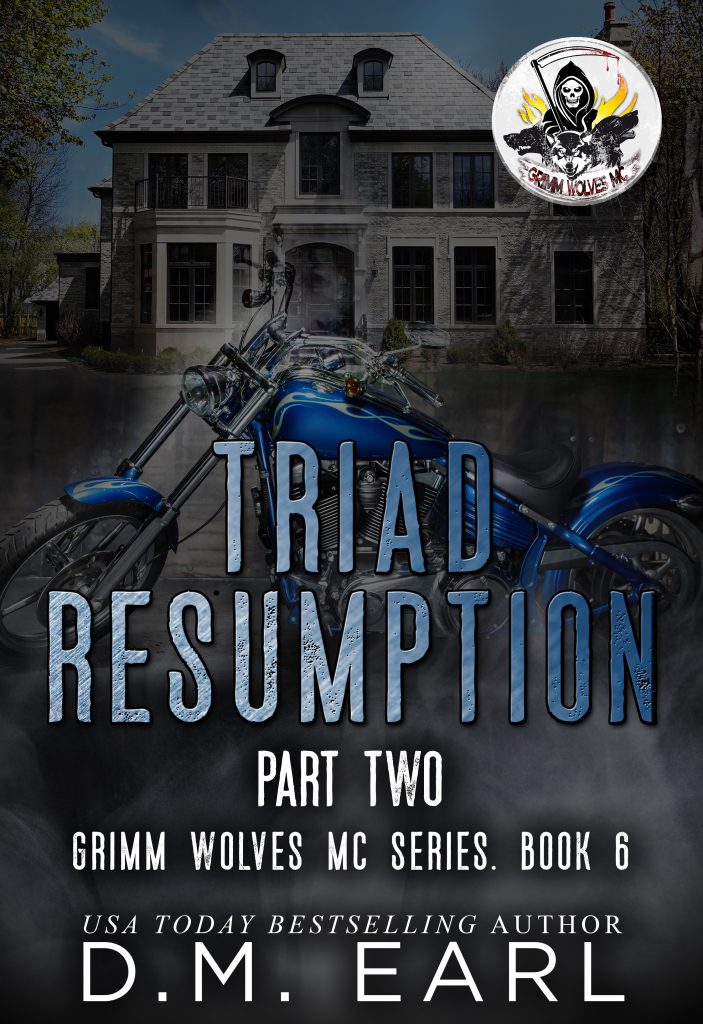 His Grimm Wolves brothers found and rescued Chains but can’t save him. Only he can do that…save himself. Now he has the perfect reason to do just that. His future is looking better and brighter each and every day. The secrets he’s kept from the world have been revealed and his catalysts to get his shit together are the two most important people in his life, who have always supported and loved him through the years. To have their happily ever after, Chains must face the demons of his past so he can have a future with his two loves.

The problem is, he has no idea who is behind all the chaos currently surrounding him. Now that he’s back home, Chains is gonna have to trust in Jackson and Winnie, along with his club and brothers, to give him the strength to try to be the better man and move forward.

Sadly, Chains knows himself better than anyone else. Until the darkness closing in all around him is taken care of, he won’t be able to move on with his plans for the future. So, he must once again rely on the heartless, ruthless, violent enforcer he’s known to be.

When he’s taken care of these personal threats, all he can pray for is that he can still be the man his man, his woman, and his club think him to be.

D.M. Earl is a U.S.A. Today Bestselling Author who spins stories about real life situations with characters that are authentic, genuine, and sincere. Each of her stories allow the characters to come to life with each turn of the page while they try to find their HEA through much drama and angst. D.M. finds ideas for her next story from within those around her and what she experiences in daily life. Each book has a part of her left behind in it. She lives in Northwest Indiana married to her best friend who was instrumental in the start of her writing career in 2014. When not writing D.M. loves to read, play with her seven fur-babies (yeah crazy) and ride her Harley Dyna Lowrider.

“Enjoy this Ride we call Life.” Remember we only get one chance. 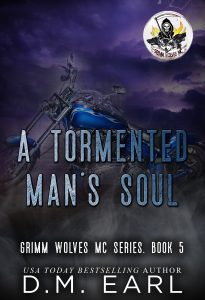 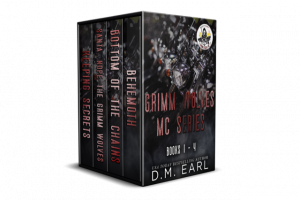