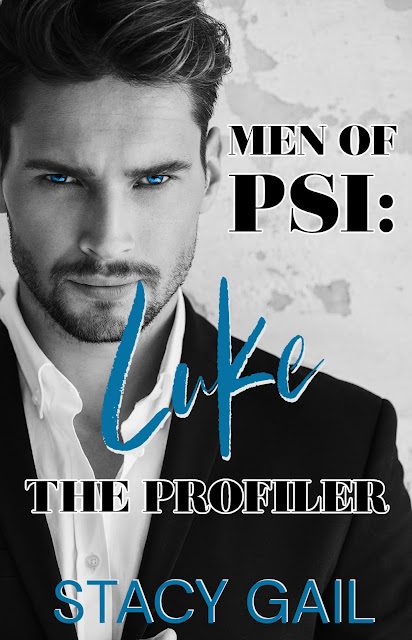 Title: Luke, The Profiler
Series: Men of PSI #1
Author: Stacy Gail
Genre: Romantic Suspense
Release Date: January 10, 2023
BLURB
Eden
Polite society referred to my father as a “motivational speaker.” Fact is, he’s the kind of cult leader that makes national news, and never in a good way. For years I was part of that world—Tru Steadfast’s darling daughter, living in the spotlight while helping dear old Dad sucker his brainwashed followers out of every penny they had. Ultimately I couldn’t take that way of life, so I struck out on my own, trying to live quietly and hoping against hope that I could balance the scales of karma.
Then the stalking began, and I had to ask for help. That “help” came in the form of psychological profiler, Luke Keyes. From the moment I looked into his eyes—eyes that could see all the way to my tainted soul—I knew he was more dangerous than any stalker ever could be.
Luke
When Eden Steadfast parked her high-class ass on Private Security International’s doorstep, I couldn’t believe what I was seeing… and not seeing. Maybe the statuesque blonde with kitten green eyes had knocked me off my game, but she wasn’t showing me any of the usual tells everyone else on the planet had. She was smart, maybe even smarter than me, because no matter how hard I looked I couldn’t see past her defenses. Who knew smart could be so damn sexy?
Eden was more of a mystery to me than her stalker, and I wanted to unravel her in the most carnal way possible. But before I could do that, I had to find the man who’d decided that if he couldn’t have Eden, no one would.
Private Security International is the one-stop shopping for all your personal security needs. From bodyguards, to private couriers, to an added layer of military-trained security for high-target events or items, the Men of PSI are the best private security that money can buy.
114,000 words
***MEN OF PSI: LUKE, THE PROFILER is a work of romantic suspense, which includes a genius Alpha male who’s met his match in more ways than one. As always, no cliffhangers, love triangles, or cheating. Due to adult language and several sex scenes—with a teensy bit of spanking and light bondage thrown in for giggles (you’re good with that, right?)—this book is not intended for readers under the age of eighteen.***
ADD TO GOODREADS 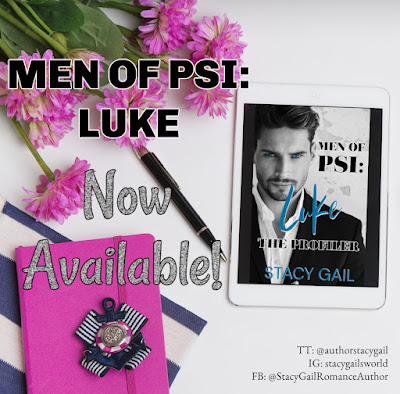 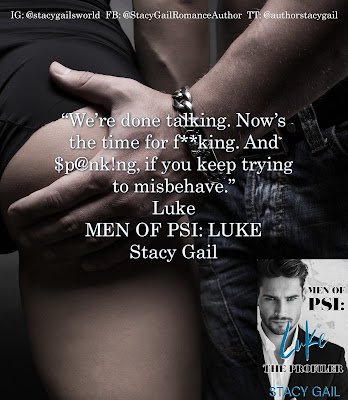 AUTHOR BIO
A competitive figure skater from the age of eight, Stacy Gail wrote stories between events to pass the time. By fourteen, she told her parents she was either going to be a skating coach who was also a romance writer, or a romance writer who was also a skating pro. Now with a day job of playing on the ice with her students, and writing everything from PNR and cyberpunk to contemporary romance at night, both dreams have come true.
AUTHOR LINKS
FACEBOOK
AMAZON
INSTAGRAM
WEBSITE
TIKTOK 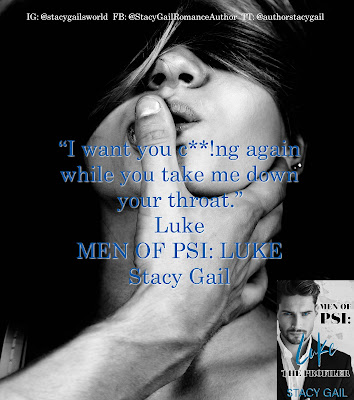