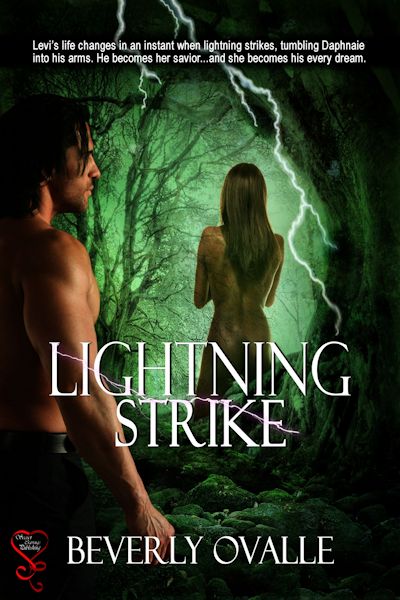 For generations Levi’s family had guarded a sacred glen in the mountains. Still far from man this isolated area was a favorite spot of his grandfather. Levi grew up listening to his tales and fell in love without ever having stepped foot there.

Now Levi’s family, led by his grandmother, wanted to sell the land. With only his grandfather and Levi against it, Levi has to prove to the rest of the family why they needed to continue their guardianship. Believing in his grandfather’s tales despite himself, Levi went armed with his camera and his well-known expertise behind the lens and headed out for proof.

Providing that proof and protecting the secrets of the glen from the world, Gaia needs to convince Levi to continue that protection. Daphnaie, the embodiment of his every dream, is sent to show him why, stealing his heart in the process to save her world.

Levi’s photos always had a way of showing truths the naked eye couldn’t see. That was one of the reasons both of his grandparents had agreed to him coming here. He had started photography when he was a medic in the Army, taking photos of the aftermath of Iraqi Freedom. Unable to stomach more death and destruction, and desperately needing a peace he couldn’t find, he finished his enlistment. He published the photography that exposed so much of the war, earning almost instant fame. But it didn’t bring him peace. He turned to photographing nature around the world, his treks into the wilds of the world bringing him a measure of what he sought.

He couldn’t wait to see the photo. Wanting to capture the aftermath of the strike, he looked through the lens in preparation for another shot. He thought he saw movement. He straightened up, no longer looking through the lens. Levi saw a figure fall, he swore from the damaged bark of the tree itself. He hadn’t seen anyone in the tree, but then again he hadn’t been paying attention to anything but the deadly beauty of nature.

Moving swiftly to the base of the tree, he found a crumpled heap in the shape of a person. Reaching for the slight arm sticking out from the pile of decaying and burnt leaves, Levi knelt, feeling for a pulse. A faint heartbeat reassured him that the person was alive. Levi brushed away the fallen leaves that surrounded the figure. To his surprise it was a young woman and she was naked. Stunned, Levi stared at her for a moment. His heartbeat quickened. He had seen no evidence of anyone else around. In any case, this was private property as far as the eye could see. From the mountains to the prairie, his family called this land theirs even if none of them lived there any longer.

Shaking sense back into his head, Levi took out his cellphone to make an emergency call, wishing he had brought his satellite phone. The connection was bad this far into the mountains. Getting a recording, he tried giving his location, hoping his message got through and help was on its way. Hanging up, he looked at her, wondering what she was doing there.

Levi thought the lightning had burned her clothes away, though there was really no evidence of clothing to begin with. She couldn’t have just been out in the woods with nothing on. Climbing trees no less! Her skin looked as if it had been in contact with fire, yet she herself was not burned, just slightly pink, most of the damage to her hair, which looked as if it had burned around the edges.

The lightning strike had been different, but then so had the storm. Both had seemed almost alive, deliberate. Maybe his grandpa had been right after all.

Leaving her for a moment, Levi took his sleeping bag from his knapsack and laid it out beyond the fire damaged grass, making sure to unzip it to be able to put her in it. Checking her limbs, he didn’t feel any breaks. He tried not to notice how shapely those limbs were.

Ignoring his libido, Levi checked her over as he had been trained. It didn’t matter how long he had been away from the battlefield, Levi’s instincts kicked in, checking the vitals of the wounded woman in front of him. It was usually a man though, his thoughts drifting to the images he’d rather forget. Forcibly bringing his mind back to the present, Levi continued his assessment. She needed him now. An undressed female was bound to present him unexpected problems. An attractive female, as this little bundle was, presented a whole different problem that was knocking insistently at the buttons of his 501’s.

Beverly Ovalle lives in Wisconsin with her husband Edmond of 24 years and two Chinese Water Dragons. Having her own Dragons is expected as she is dragon crazy and anyone that walks in her house can tell. Her son Nicholas is in the US Marines. Her daughter Susannah lives nearby and is a CNA.

Beverly has traveled around the world thanks to five years in the US Navy and has worked for the government in one capacity or another for the past 30 years. Beverly and her brothers have travelled most of the continental United States as children due to the station wagon from Hell. Still active with veterans, she is adjutant for her local AMVETS.