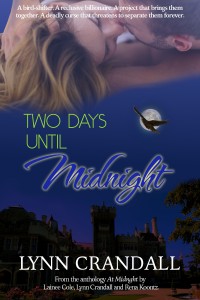 Bird-shifter Lark Ellis has spent her life shielding her true identity. Now, to protect her flock’s habitat she’s taken a job that pits her mission against her secret and her integrity.

Reclusive billionaire architect and CEO of Global Environments, Tamier Rein lost his freedom and his dreams the day a Society assassin cursed him and changed him into a were-cheetah. Imprisoned by uncontrollable transing, he faces a devastating condition of his curse on the Autumn Solstice.

Lark risks her identity and all she holds dear to help Tamier as their relationship develops into a promise of true love. As the deadline looms, Tamier must let her teach him to live or lose everything in two days.

Tamier’s shoulders sagged. It would have been better if the spell caster had killed him too that day in the ruins. The hole in his chest where his love of life should have been had never closed. It dragged him down every day. It stole his life. On his twenty-eighth birthday, two years ago, the cheetah inside him took away everything he’d worked for and wanted.

He stood and turned to the window, staring into the woods and groves of trees surrounding his house. About a mile away, the forest and hills surrounding his home turned into prairie, with tall prairie grasses. When the cheetah inside him took him over, he was drawn to the prairie to run, wild and fast.

His home was equipped with many amenities that made living here inside the three stories of stone and glass less troubling. But it didn’t relieve the loneliness.

A memory of the spell caster’s grinning face taunted him. Tamier slammed his fist into the stone wall of his office. “I hate you!”

The familiar warning aura scratched like sandpaper under his skin. Stripping off his clothes, he ran down the three flights of stairs to the main level in his house and tore open the back door, racing the cheetah. Panting, he fought the transformation with every iota of his will. Pain shot through his bones, every one of them, twisting them into the shape of the beast. His body throbbed with each cell’s change. Helpless to stop it, Tamier watched paws replace his hands and feet, spotted fur replace his skin, and a thirst for speed bunch his muscles.

He burst into a full charge, dust churning up behind him as he sprinted through the tall prairie grasses. His ears picked up tiny sounds of rabbits fleeing, of wind streaming around his sleek body, and grass swooshing as he sliced through. None of it, not the speed and agility to run faster than the wind, or the strength and coordination of his muscles, exhilarated him. He wouldn’t, couldn’t take pleasure in any of it.

All he could do was attempt to outrun his curse until exhaustion returned him to his human form and he took refuge in the solitude of his home. 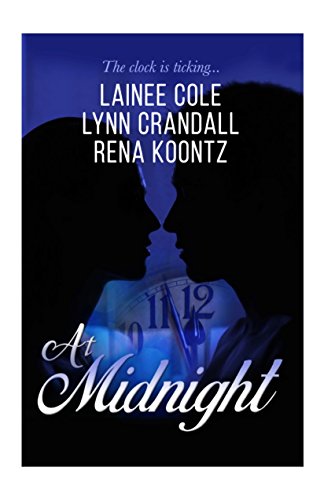