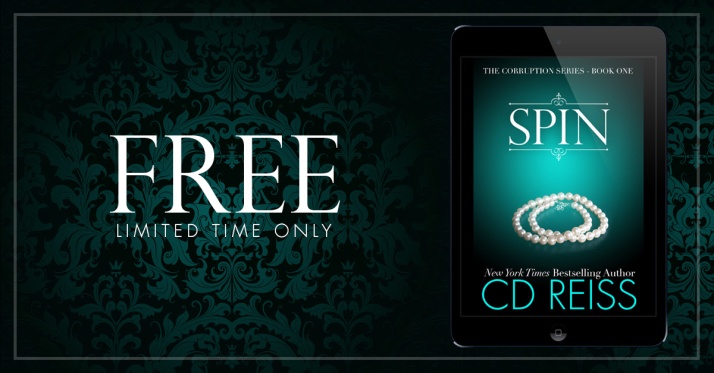 SPIN by CD Reiss is FREE for a limited time only!

Theresa Drazen can have plenty of guys, but the one she can’t keep away from….the one she’s just about addicted to, is more than forbidden. With felony-black eyes and a mouth built for lies, loving him is one step away from illegal.
But her body keeps overriding her brain. Maybe it’s time to stop playing by the rules.
——-
Antonio is obsessed. Theresa’s the last woman he should touch. She’s going to get him killed. She’s dangerous. Poison. The wrong woman.
Except…she’s perfect.