Start the Locke Brother series by Victoria A Ashley and Jenika Snow now for only .99 cents!

Whispers of the Locke brothers fill the town, facts and reality twisted to fit what these motherfuckers believe they know about us.
That we’re sadistic bastards, incapable of any real emotions or fear.
Maybe they’re not wrong about that.

They say us Locke brothers are savage and that we’ll take care of any motherfucker who steps out of line without even batting an eye.

Those three words describe us Locke brothers to the motherfucking T.

💥Each book can be read as a standalone and is about a different Locke brother. 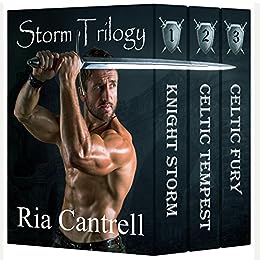 “SEXY, ROMPING, SWORD WIELDING ROMANCES ….. FASCINATING & HEARTWARMING STORIES ….. MUST READ”
That is how one 5 star reviewer described
STORM TRILOGY by Ria Cantrell
Read for FREE on Kindle Unlimited or buy for just 99¢ US & 99p UK

Testimony of the Damned, book 1 in the Emissary of the Devil series, will be FREE to download on Kindle.

I am not a good man.

I don’t even believe that I am a man any longer. Everything changed the moment I signed my eternity away to the Devil. Now I wander the world corrupting and collecting souls as I try to work my way up the demonic ranks of the lower kingdom.

I’m only a soul away from becoming a crowned prince of hell. Presented with an opportunity to finally claim what belongs to me, I take the assignment of corrupting the soul of Nephilim-born Maggie Westbrook, a shy, beautiful seventeen-year-old who has no idea who or what she is.

She should be easy to take, right?

I’ve never been so wrong. She tips my world upside down and tears down the walls I’ve built over the centuries, leaving me raw, exposed, and feeling—feeling things I didn’t know I was capable of feeling ever again.

How do I take the only thing I’ve ever wanted without hurting her?

I am not a good man. It’s important that I repeat that. I am the demon Abraxas Shepherd. And this is my Testimony of the Damned.

Gospel of the Divine, book 2 in the Emissary of the Devil series, will be releasing soon!

Check out a free sample by clicking the link!

Embrace the warmth of a good book. Just #99cents for a limited time!

When a broken heart heals, the love grows stronger.

Ben Darling is infuriating, arrogant and though he may look like every woman’s dream, he’s no better than a common thief for stealing Paralee Blake’s childhood home. She stopped trusting Ben the moment he broke her heart, and nothing is going to sway her opinion of him. Not her father’s insistence that that Ben is the man she needs, not his mother’s matchmaking attempts, and certainly not the way his kisses make her heart pound.

Paralee is so stubborn and short-sighted, she can’t see Ben only wants one thing since his return—her happiness. He never intended to hurt her when he left on a personal mission to right a wrong. The trouble is, there’s no walking back into Paralee’s life and picking up where they left off. From the moment he crosses paths with her again, it’s clear it’s going to take more than his usual charm to reclaim her heart.

ONLY 99 CENTS or KINDLE UNLIMITED!

Do you believe in second chances?

BREAK POINT by Rachel Blaufeld is 99¢ for a limited time only!

The match is heated, but who holds the advantage?
BREAK POINT by Rachel Blaufeld is ON SALE NOW for only 99¢!

Juliette Smith, star tennis player, is starting over at a new university. Traumatized by hazing at her last school, all she wants is to attend classes, win tennis matches, and be left the hell alone.
She should have known her coach, Drew King, would be a problem from the moment he flexed his sexy-as-hell forearms.
What happens when you mix a pissed-off woman with a bunch of snooty teammates and a hot coach?
A heated match, complete with team politics and a forbidden game of singles with the coach.

It’s reckless and hot until one of them taps out.

Unable to admit she may be better off as a double, Jules is convinced she needs to play the game of life alone. Then life throws her a lob and she runs smack into her past.
Coach King is back, and he wants to take control of the game. But she’s not certain she wants his advice when it comes to the life she’s built.
The power struggle is on, but this time off the court.

J. Kenner is celebrating the five year publishing anniversary of RELEASE ME with a 99¢ SALE!

Our attraction was unmistakable, almost beyond control, but as much as I ached to be his, I feared the pressures of his demands. Submitting to Damien meant I had to bare the darkest truth about my past–and risk breaking us apart.

But Damien was haunted, too. And as our passion came to obsess us both, his secrets threatened to destroy him–and us–forever.