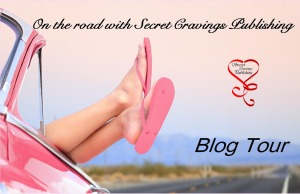 The Story begins at the end of a three year search for a man known as The Prophet. When FBI agents Rhetia Morgan and Michael Roane close in on his capture they find he is but one of an elite group of people known as The New Brotherhood, a secret society working in the background to insure their survival.
After the Prophet is dead they begin to uncover the plot of a crazy man and his ideals threaten to destroy everything Rhetia and Michael have sworn to protect.
The first book was released in Sept, 2013 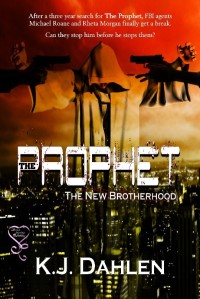 http://www.amazon.com/The-Prophet-K-J-Dahlen ebook/dp/B00F8N6O68/ref=sr_1_2?ie=UTF8&qid=1401726639&sr=8-2&keywords=The+Prophet+KJ+Dahlen
Part two of the trilogy continues the story and with the new leadership comes changes. Howard has declared war on the FBI and brings the Brotherhood into the open. They have the money and the power to become the next mafia and to bring our nation to the brink of chaos.
This was released in Feb, 2014
http://www.amazon.com/s/ref=nb_sb_noss?url=search-alias%3Daps&field-keywords=TheCovenant%20KJ%20Dahlen 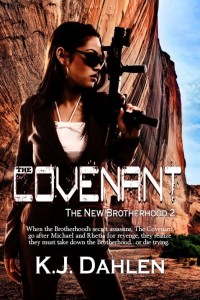 After many battles and betrayals the FBI have managed to break apart the threatening Brotherhood. Only two of the seven ‘sons’ of Richard Holden are still at large, the others are either dead or in jail. Can the two that escaped capture rebuild the Brotherhood. http://store.sweetcravingspublishing.com/index.php?main_page=book_info&cPath=4&products_id=225 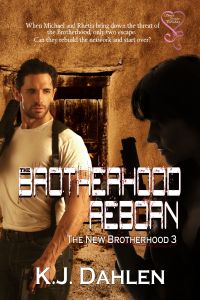 About K.J Dahlen
I live in a small town (population495) in Wisconsin. From my deck I can see the Mississippi River on one side and the bluffs, where eagles live and nest on the other side. I live with my husband Dave and dog Sammy. My two children are grown and I have two grandchildren. I love to watch people and that has helped me with my writing. I often use people I watch as characters in my books and I always try to give my characters some of my own values and habits.
I love to create characters and put them in a troubling situation then sit back and let them do all the work. My characters surprise even me at times. At some point in the book they take on a life of their own and the twists and turns they create becomes the story. Of all the stories I could write I found I like mystery/thrillers the best. I like to keep my readers guessing until the very end of the book.
Contact me at:
http://www.kjdahlen.com
kjdahlen1@yahoo.com
kjdahlenauthor@yahoo.com
kjdahlenauthor@gmail.com
https://www.facebook.com/#!/pages/KJ-Dahlen/178641562250808
https://www.facebook.com/#!/KjsBlog